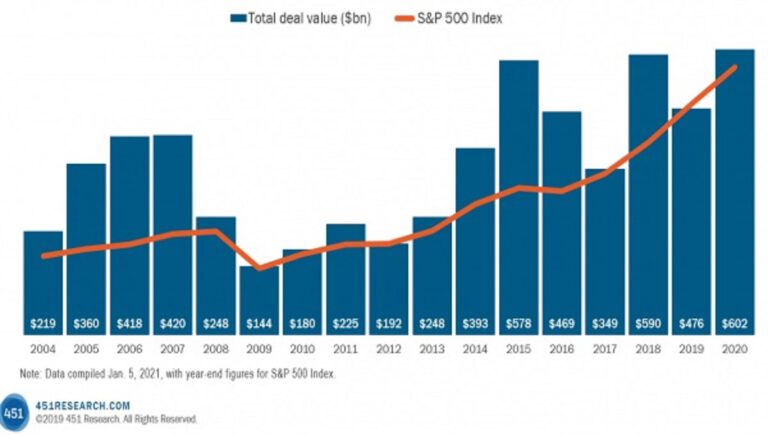 According to a newly released analysis from S&P Global Market Intelligence, the total value of tech and telecom transactions announced around the plague-ravaged world in 2020 topped $602bn, according to 451 Research’s M&A KnowledgeBase.

451 Research is the enterprise and emerging technology research group of S&P Global Market Intelligence and was acquired by the division in December 2019.

S&P Tech M&A: A Record No One Saw Coming

In a year dominated by a global health emergency that no one saw coming, 2020 also notched a record that virtually no one saw coming: Tech M&A spending last year soared to its highest level since the dot-com collapse. Astonishingly, almost impossibly, the total value of tech and telecom transactions announced around the plague-ravaged world in 2020 topped $602bn, according to 451 Research's M&A KnowledgeBase.

Last year's record performance came in a historically abrupt boom-bust cycle. A recession-led decline that typically grinds lower for years only knocked dealmakers out of the market for a few months in 2020. By summer, acquirers' pent-up demand -- combined with Wall Street's confidence in the tech sector to thrive, not just survive, during the pandemic – flooded into the tech M&A market:

The against-the-odds recovery in tech M&A even outpaced the stunning bull market rebound on Wall Street. (On a total return basis, the S&P 500 climbed 18% in 2020, led by a 44% gain by the tech names in the benchmark index, according to S&P Global Market Intelligence.) Tech acquirers and investors enjoyed one of the few true 'V-shaped' recoveries in last year's otherwise ruinous COVID-19 pandemic. 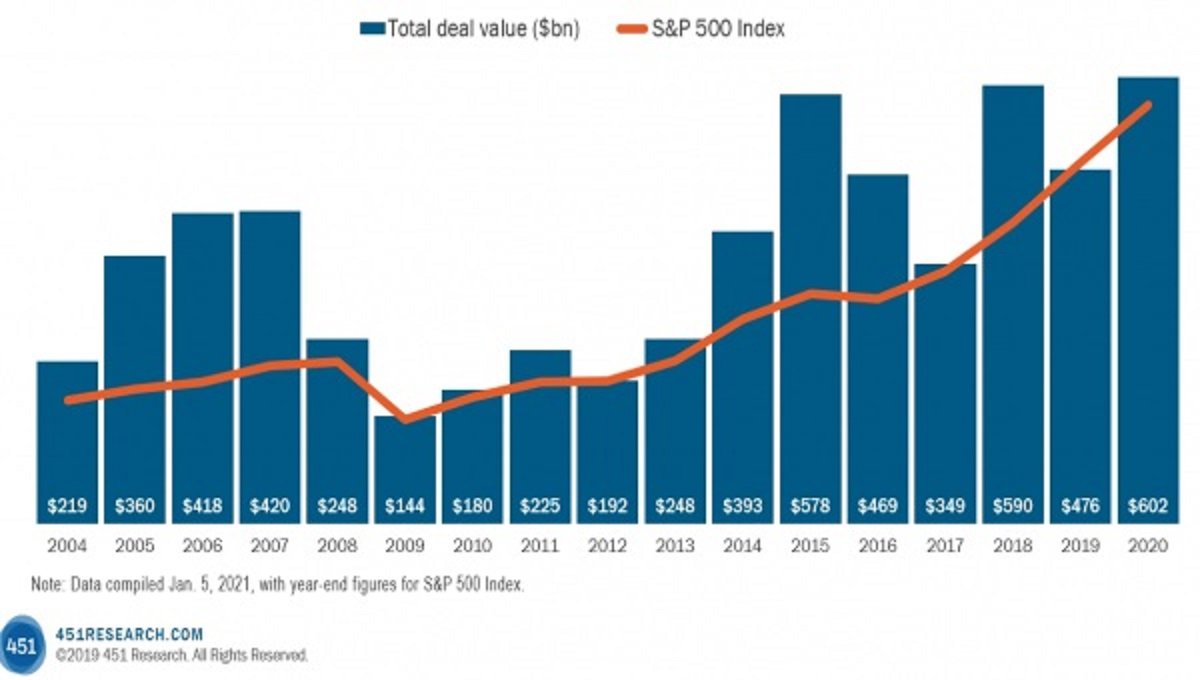