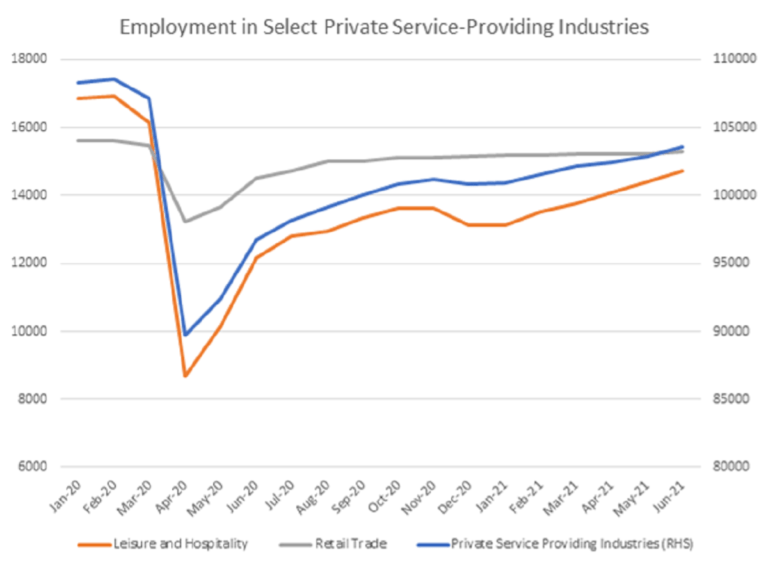 “The June jobs report does not rise to the level of “substantial further progress” on the labor market that the Fed wants to see before removing monetary policy accommodation. It was a good report but showed enough shortcomings just below the surface to keep rate hikes off the table for just about a year,” says, Jeoff Hall, Managing Economist, Refinitiv IFR Markets.

“Total nonfarm employment expanded by 850,000 in June, eclipsing the Reuters poll consensus forecast (+ 700k) by more than 20%. For the most part, however, the superlative news stops there. A 188k increase in government payrolls, more than three times the trailing 3-month average increase, was responsible for more than 20% of the overall job gain last month. Thus, private nonfarm employment rose 662k, which was much closer to the market consensus estimate of a 600k increase.

Among goods-producing industries, factory employment rose just 15k, missing expectations of a 28k advance and falling slightly short of the 3- and 6-month trailing average increase, each 18k. Given the current state of the housing market, it’s hard to believe that construction employment fell for a third straight month in June, this time by 7k. We have not seen three straight monthly losses since May 2012 and the industry is still trying to recoup the 1.1 million jobs lost in March and April of last year. So far, it has recovered slightly more than three-fourths (78.6%) of that loss.

Among service-providing industries, employment jumped 830k, its best gain since August 2020 (1.530 mn) and nearly as much as in the previous two months combined (+874k). Even in the private sector, service-providing industries increased payrolls by 642k in June, tied with February for the best gain since October 2020 (+847k). As we’ve seen all this year, however, more than half (58%) of all gains in private service-providing employment this month were in the Leisure and Hospitality industry. It gained 343k in June, dwarfing gains elsewhere, which were mostly in line with recent averages. Exceptions were the Retail Trade industry, which gained 67k, the most in eight months and more than four times the trailing 3-month average. Professional and Business Services employment gained 72k jobs in June, twice as many as in May but down from an average 86k per month in the first quarter. Detracting from the gains were a 1k loss in Financial Activities employment and no growth in Utilities employment.

In the Household survey, total employment actually fell by 18k, the first decrease in 14 months and following gains averaging 460k over the previous three months. Meanwhile, the number of unemployed persons went up by 168k in June, only the third increase in the last 14 months but the largest increase since April 2020 (15.924 mn). The rise in unemployed persons last month exceeded that of the labor force, which expanded by 151k. This left the unemployment rate at 5.9% in June, up from 5.8% in May and confounding market expectations of a drop to 5.7%. We note, however, that the U-6 unemployment rate fell to 9.8% in June from 10.2% in May. Prior to the pandemic, this rate was 7.0%. 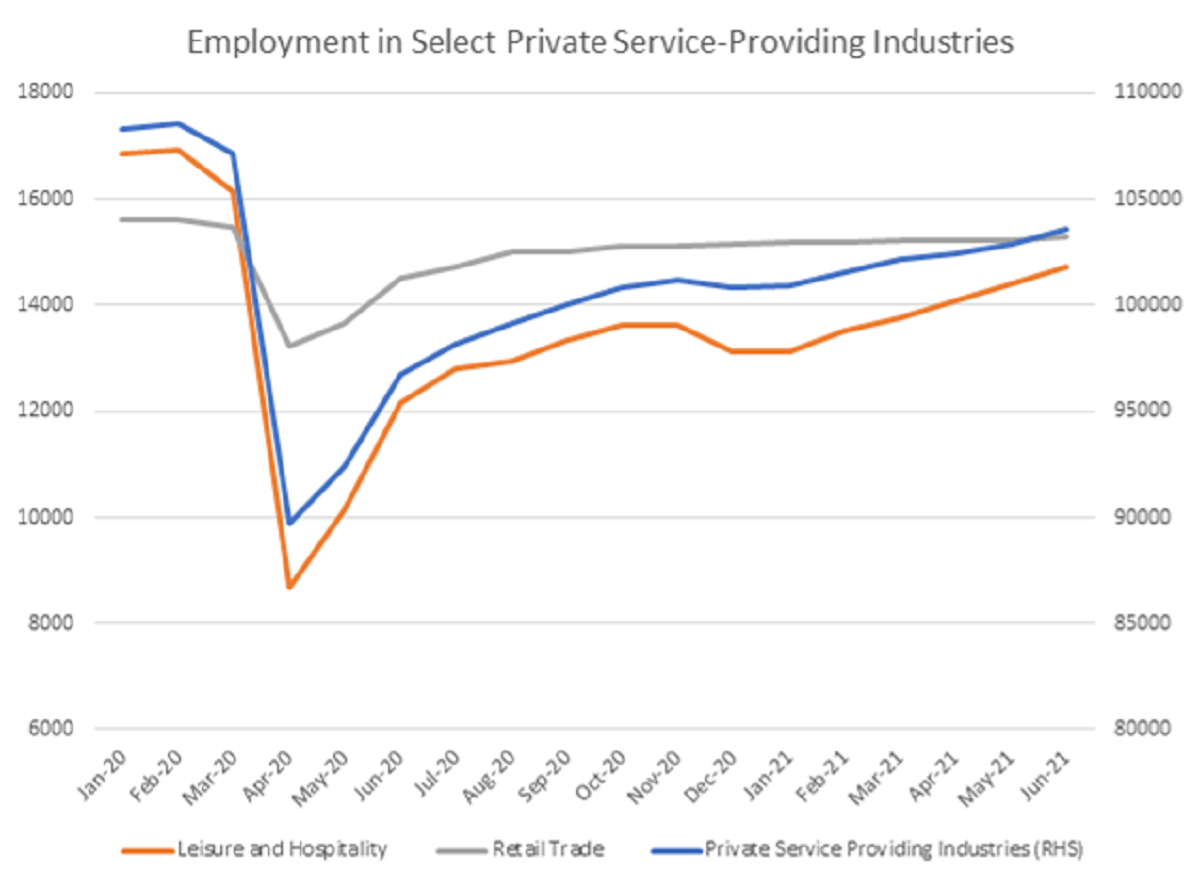