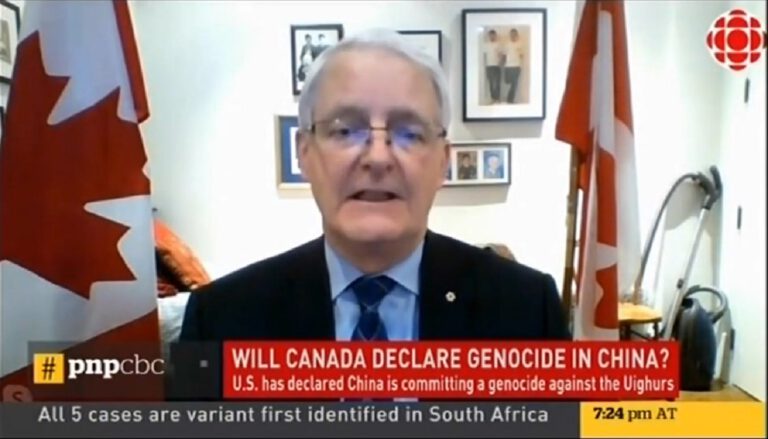 Protest At The Embassy of Canada

"Uyghurs are killed in concentration camps through various methods, including torture, organ harvesting, and execution. High tech crematoriums have been built across East Turkistan to hide the evidence." -- Prime Minister Salih Hudayar

WASHINGTON: Canada and other nations are considering labeling China's treatment of its Uyghur population a genocide, Prime Minister Justin Trudeau said on Tuesday.

The East Turkistan Government in Exile and the East Turkistan National Awakening Movement are having a demonstration in front of the Embassy of Canada in Washington, DC on Friday, Feb 19, 1:30 PM - 3 PM EST, to hold Canada and other countries accountable for the genocide designation.

WHAT: Protest to hold Canada and other countries accountable for Genocide in East Turkistan (renamed Xinjiang)

WHEN: Friday, February 19 from 1:30 PM - 3 PM Eastern Time and Live-Streaming on Facebook at https://www.facebook.com/ETAwakening

WHERE: In front of the Embassy of Canada,  501 Pennsylvania Avenue Northwest, Washington, D.C

What China is doing against Uyghurs and other Turkic peoples in East Turkistan is genocide as defined by the 1948 UN Genocide Convention. Uyghurs and others are victims of forced sterilization; women are raped, children are separated from their families, and sent to state-run boarding schools and orphanages for indoctrination.