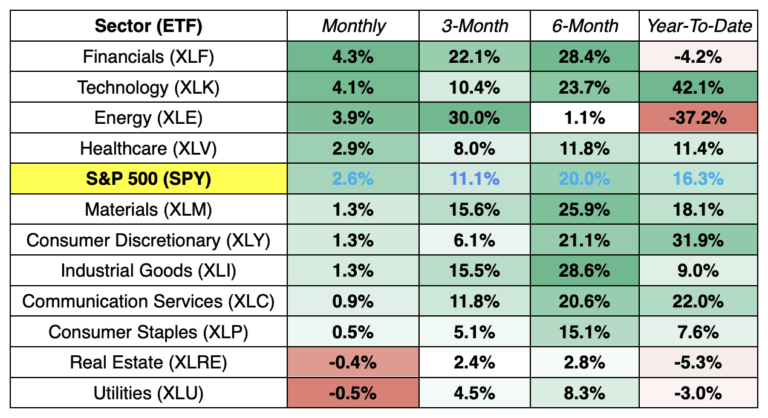 Investors remained upbeat and risk-hungry following the historic November rally across financial markets, and despite the weakening bullish momentum, the major indices all scored new all-time highs yet again. Small-caps led the way higher for the better part of the month, thanks to the stimulus-related optimism and the positive vaccine developments, strengthening the foundation of the bull market. The stimulus deal, the last-minute Brexit deal, and the calmer political environment all helped risk assets in the last month of the extraordinary year, and although the emergence of a new strain of the COVID-19 virus caused a brief panic on the Street, volatility remained in check, and the stage looks set for a great 2021 for investors.

Happy New Year! Bring in 2021 by enhancing your knowlsge of the hedge fund world. In this tool, Valuewalk provides its own exclusive and extensive coverage of hedge fund letters, as well as a huge aggregation and organization effort. This database is complied by scouring hundreds of sites, emails and most importantly Valuewalk's top-notch exclusive Read More

While the leaders of the “vaccine rally” entered a period of technical consolidation, with especially energy-stocks and industrials slowing down amid the continued COVID pressure, the overall picture remains bullish at the level of the key sectors. Tech stocks, materials, and healthcare stocks were among the strongest ones due to the slight bearish shift, but financials benefited from the rising trend in interest rates and consumer-related issues also finished broadly in the green. Besides the weaker cyclicals, utilities, and real estate stocks were notably weaker than the large-cap benchmarks as well, due in part to the rising rates, and since the shift in the Treasury market could be a long-term one, rate-sensitive sectors might struggle this year.

Tesla's And Apple's Impact On The Market

Tesla (TSLA, +22.4%) and Apple (+12.3%) had the biggest impact on the broader market, and with the electric car maker officially joining the S&P 500, it was also responsible for a large chunk of the month’s trading volumes. Some of the most COVID-sensitive issues had a strong December too, with the likes of Booking (BKNG, +8.7%) benefiting from the improving global outlook. Discount stores struggled to maintain their momentum as the end of the lockdowns seems to be closer than ever, and Walmart (WMT, -5.6%), Dollar General (DG, -3.9%), and Costco (COST, -1.9%) all lost ground. On a positive note, banks and financials, in general, had a bullish month as well, with Citigroup (C, +10.5%), Wells Fargo (WFC, +8.8%), and Goldman Sachs (GS, +12.5%) leading the charge and Paypal (PYPL, +8.1%) also showing continued strength.

The nearly perfect negative correlation between size and returns remained in place for the second month in a row, but even the weakest capitalization groups managed to eke out gains in the choppy environment. Micro-caps (+7.6%), nano-caps (+11.6%), and small-caps (+8.8%) were spearheading the really even in the wake of the last-week pullback in the smallest issues and small-caps closed the year with their strongest two-month rally on record. Mid-caps (+6.1%) also added to their lofty November gains, performing in line with the major indices, but despite the strong showing of some of the largest tech names large-caps (+3.1%) and mega-caps (+1.5%) were notably weaker than their smaller peers.

The slight economic deterioration continued across the main sectors in the last month of the year, as the delayed stimulus package, the quick spread of the virus, and the pressure on some of the hardest-hit industries weighed on the domestic economy. The job market provided the most worrisome numbers, with non-farm payrolls, the ADP payrolls number, and new jobless claims all pointing to increased pressure, even as continuing claims dropped further. Retails sales, the Philly Fed Index, the ISM manufacturing PMI, and the Markit services PMI missed expectations as well, but the Markit manufacturing PMI beat the consensus estimate and all PMIs remained in positive territory. On another positive note, the final reading of the third-quarter GDP was revised even higher, to a record-breaking annualized 33.4% reading, while robust growth continued in the housing market too despite a few warning signs in the monthly sales data.

The bullish technical setups, the global vaccine push, the continued fiscal and monetary support, and the stable growth numbers all point to a positive start to the year, but the pandemic could still pose risks for investors. A new, vaccine-resistant strain or significant issues with the vaccine rollout would be the worst developments, but a slower-than-expected recovery in the hardest-hit industries could lead to headwinds too. The run-off elections in Georgia will likely have a huge impact on financial markets, especially Treasuries and currencies, but a surprise Democratic sweep would likely put some short-term pressure on equities too. Despite the likely hurdles and the still unusual level of economic uncertainty, the blowout 2020 year for stocks suggests that more good things are ahead for bulls in 2021.  Stay tuned! 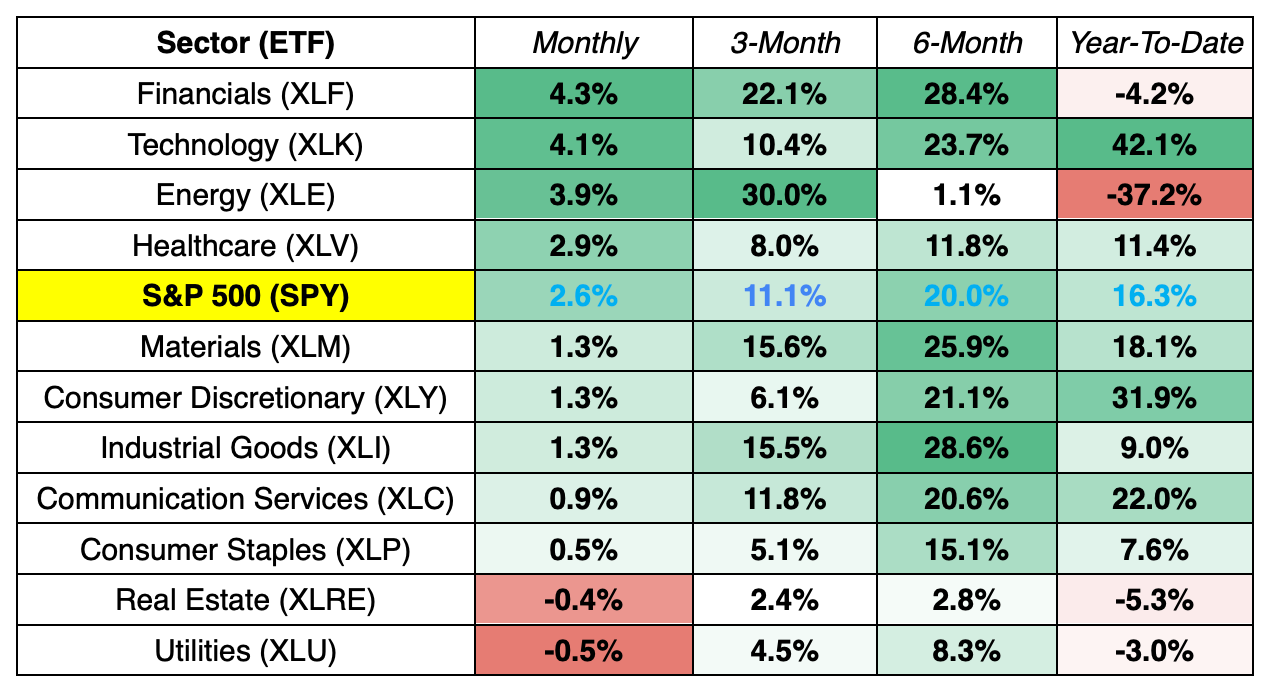