Ben Strubel’s letter to investors for the month of March 2020, titled, “More on the Stock Market and COVID-19.” Ben discusses the Congress debating on the current stimulus bill and the impact of COVID-19 on the stock markets.

In the span of just about a month the stock market has dropped a little over 30% due to COVID-19. As I said in previous letters I’m not an expert in health care or epidemiology so I’m going to focus on the market and economic fallout from the virus.

First, we need to understand what is happening in the economy. We are essentially undergoing an economic pause where just about everything shuts down and everyone stays home. The problem is that we are not (yet) undergoing a full financial pause. There are many people being laid off from their jobs or having hours cut but rent, utilities, mortgage, car payments, student loan payments, and necessities like grocery bills still need to be paid.

In order to get through the situation we need a financial “pause” as well. We are seeing some steps in that direction with tax payments being delayed, student loan interest waived, and mortgage payments delayed. The current stimulus bill being debated in Congress appears to be taking a big step toward providing that financial pause we need with no-wait time unemployment benefits close to a persons’ original income, cash payments to households, and forgivable loans (basically grants) to small and medium businesses to keep workers on payroll.

This HAS Happened Before

History might not repeat itself but it does rhyme. So what can investors expect next? Well, believe it or not we’ve had similar pandemics and economic “pauses” in the past and all have followed a similar pattern.

In 1917-1920 we had several waves of the “Spanish Flu” but the stock market generated positive returns over the time period.

We had another flu pandemic in 1958. Just like today the stock market cratered in a matter of months. But we can see below that it recovered the drop in a little over a year. 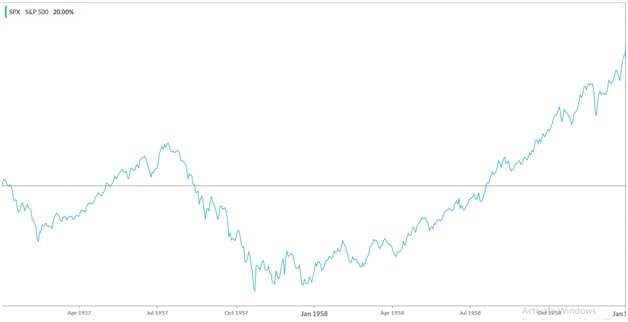 We also had a flu pandemic in 1968. Again the same pattern with a quick drop and a full recovery within months. 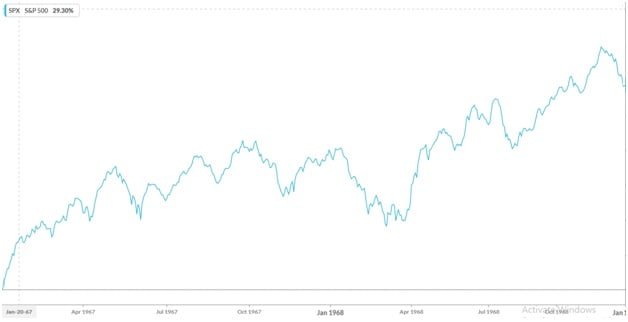 The 1987 stock market crash is also interesting to look at. Although it had nothing to do with a global pandemic it was a steep sell-off that happened mostly in one day followed by a full recovery within two years. 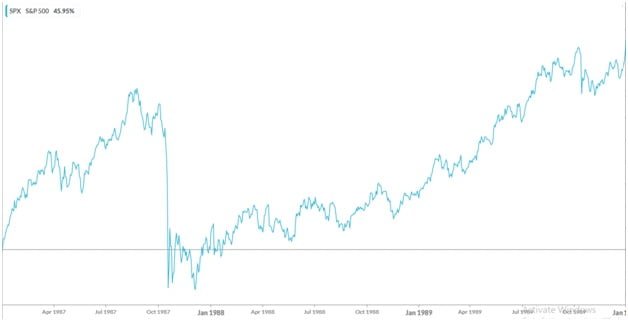 Another interesting historical comparison is France in 1968. A general strike (almost a quarter of the population went on strike), riots in the streets, and the President fleeing the country all followed a similar pattern. French GDP dropped 7.6% in the second quarter of 1968 but recovered in the third quarter with a big jump of 11.4% and actually finished the year positive.

Like I said, I’m not an expert in pandemics so I can’t tell you how long this will last or how severe it will be. But What I can tell you is we have had very similar events in world history before and that none of those was a reason to panic. Typically in these types of events we see a market drop of 20% to 40% and we see a swift recovery when things return to normal.

What’s Next? The Stimulus Bill

So what should investors expect over the coming weeks?

I would expect the market to begin to recover when Congress finally passes a big stimulus bill and/or when the news headlines start to turn positive. Right now we are in a cycle of negative headlines. As testing ramps up the number of cases will grow and more and more cities and states will shutdown. When the first states and cities (CA, NY/NYC, PA, etc) start ending their shutdowns the news cycle will be much more positive and likely drive more optimism in the market.