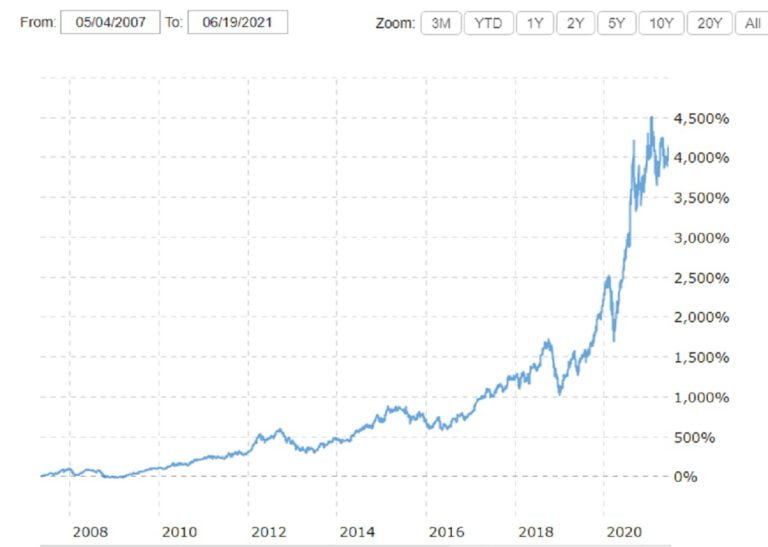 While trying to fall asleep at 2 AM, I usually find myself scrolling through the internet/YouTube to find something to hopefully lull me to sleep.

Now this is no slight to Professor Damodaran. I absolutely love his lectures, but they are still college lectures. Anyone who’s been to college knows that they can sometimes be the cure for insomnia.

If you don’t know about Professor Damodaran, you really should. He is widely known as the “Dean of Valuation”, and teaches corporate finance and equity valuation for the Stern School of Business in New York.

I don’t know how he is able to legally do this, but he usually posts all of his corporate finance lectures on YouTube for the masses. These lectures are great not only for my sleeping problem but also for great learning.

One sleepless night, I was listening to one of his most recent lectures on value enhancement. It was such a good lecture that (unfortunately for my body) it kept me awake the entire night.

My Take on Value Creation

As a value investor, I am looking for companies that not only offer me a great deal from a value perspective, but ones that can also create value for me over time. This is difficult for a company to do, so finding a business that can provide you with great value and compounding value is truly a diamond in the rough.

In this two-part series on value creation, I will go over Professor Damodaran’s four key points on how companies create value for shareholders, with some of my own takeaways and examples.

I hope I don’t put you to sleep.

As an equity shareholder in a business, you are claiming a stake on all cash flows after a business has paid its dues. Simply put, those cash flows are usually returned to investors in the form of:

In order for you, the shareholder, to actually receive this cash flow, the business has to be cash flow positive. How do they go about making more cash?

Spoiler alert: large companies that are publicly traded usually pay a lot of taxes to the government. Shocking statement, I know.

That being said, businesses are usually very savvy on taking advantage of every tax break they legally can in order to pay fewer taxes. In fact, one of Professor Damodaran’s most recent blog posts discusses this very topic.

With every new political administration comes new tax rates. The last thing I want to do is get political here, so think about it like this: the less the company pays in taxes, the more cash they have to return to you as a shareholder. It behooves the business to take advantage of all the tax loopholes as possible.

Think of it the same way you file your income taxes. You want to apply the highest deductions so you can get the largest refund possible.

This may sound basic, but proper corporate tax accounting is a fundamental requirement. Or else management gets sent to jail.

As I mentioned above, a key way that management returns cash to shareholders is by reinvesting the leftover cash for you. That leftover cash is then supposed to be used to make the business compound even more cash.

How is this done?

Cutting costs is no fun, especially for businesses. This sometimes leads to laying off employees, which is obviously not good economically.

However, sometimes cost cutting is a necessary measure in order to either save money, or the business entirely. After all, the business is no good to you as a shareholder if they cannot generate cash.

Making growth investments into a more efficient business model is much more preferred. Putting funds away to remodel a new warehouse, or upgrade to a new software will certainly create valuable time and resources for the business.

It’s a much better option than laying off employees.

Divesting or Spinning Off Assets

If you suffer major blood loss in one of your limbs, you have to apply a tourniquet in order to stop from bleeding out. Sometimes this does not work, and the appendage is just too far gone. The next step is amputation.

I apologize for the gruesome imagery, but this is a perfect metaphor. In business, sometimes the best thing to do is part ways with a poor investment or decision.

Nobody likes to admit when they are wrong, especially managers of a publicly traded company. They have to approach shareholders, admit the mistake, divest the business or asset, and move on. This often can cause them to lose their jobs.

But that’s the worst case. The best case is a spinoff.

One of the most successful divestitures in corporate history recently occurred with eBay’s spinoff of PayPal. eBay created PayPal as its own proprietary payment software for the auction website. PayPal ended up becoming so effective that in 2015, eBay divorced itself from PayPal.

Now, this may sound bad for eBay, and it kind of was. Six years later, eBay is struggling to keep up with the rest of the e-commerce industry. They are still operating a great business, just not as dominant as they once were (no thanks to Jeff Bezos and Amazon).

However, this was a brilliant decision for eBay shareholders. At the time of the split, every eBay shareholder received one new share of PayPal for every share of eBay stock that they owned. Since then, PayPal’s stock price has been on a tear. PayPal is now worth far more than its parent company. 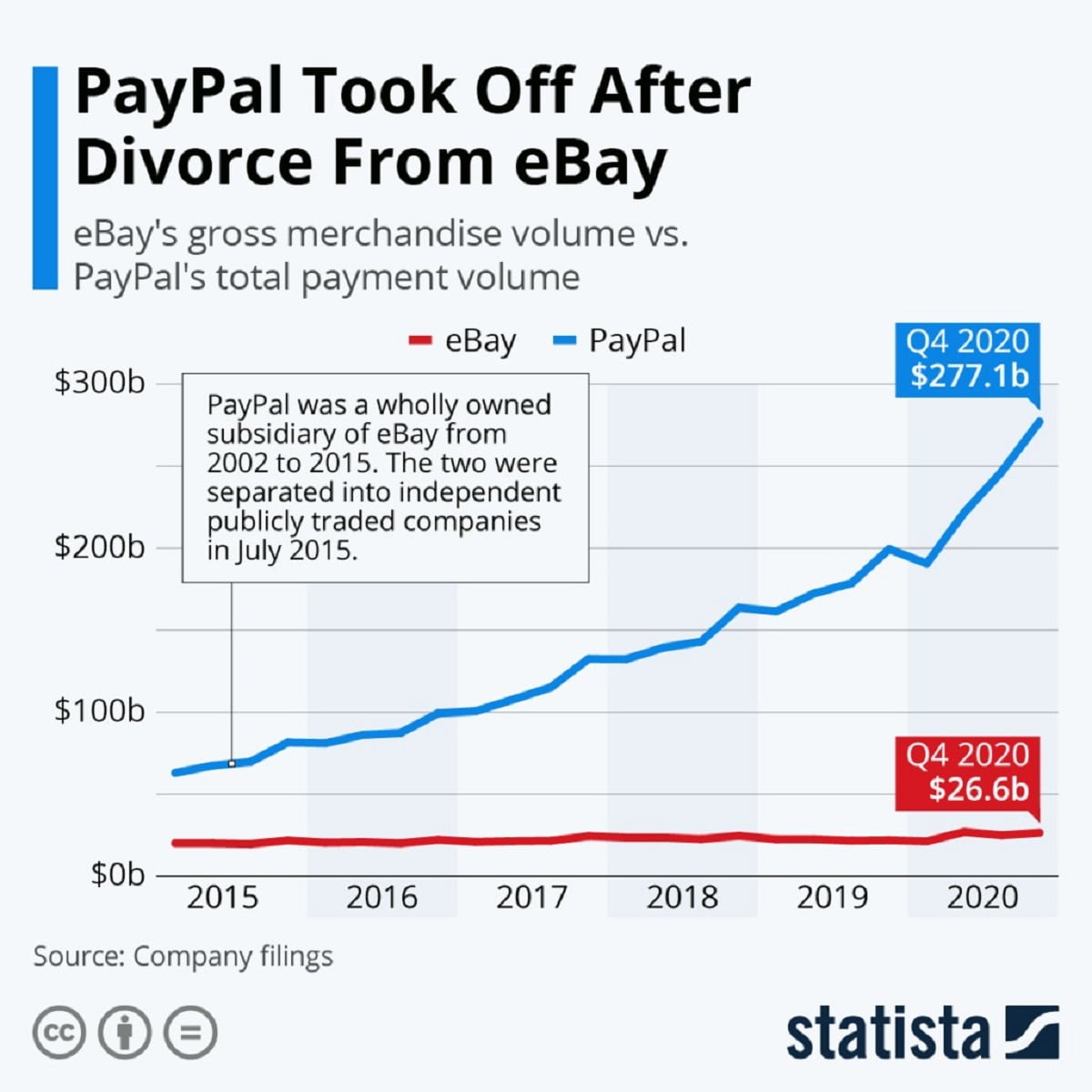 This is definitely easier said than done. Being able to reinvest cash and grow at a higher rate than the year before is something that only the best executives can pull off.

So then, how does a company successfully increase yearly returns? The better question is, how does management increase the rate of their return on invested capital?

Improving ROIC on the Reinvestments

There are many ways executives can decide to reinvest cash to compound the business. Here are some examples:

Let’s explore how these add value.

Without a doubt, usually creating a better consumer product will lend itself to higher returns. If you can make a newer or better product than your competitors, then you have won the game.

Here’s an example of a product that has probably created the most shareholder value of all time: the iPhone.

When Steve Jobs first announced the iPhone back in 2007, it was truly a revolutionary device. A phone that had a digital screen with “apps”? It’s hard to believe that this was only 14 years ago…

The iPhone, and all the follow-on generational models, has been a colossal beast of a product. It’s generated hundreds of billions of dollars in revenue for the company and rewarded shareholders immensely. If you had bought Apple stock back when they first announced the iPhone, you’d be sitting on an over 4,000% gain. 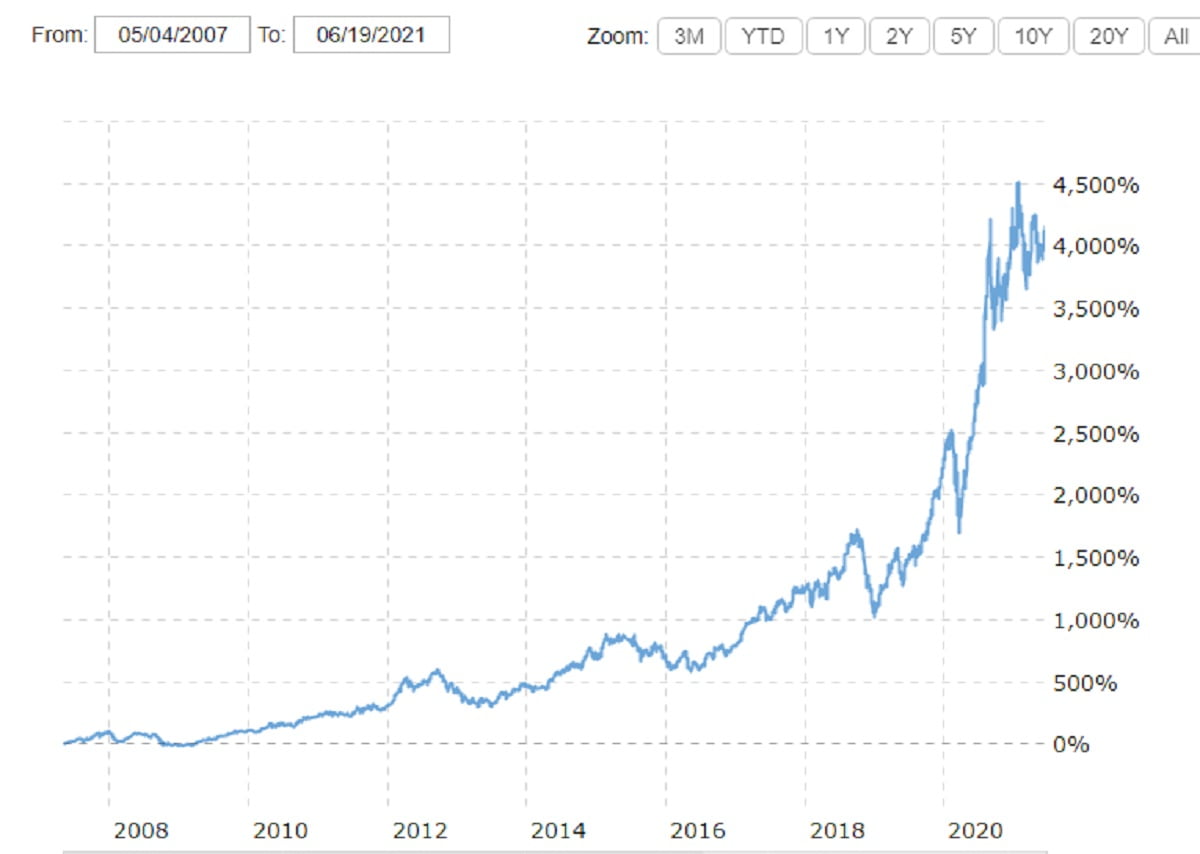 Mergers and acquisitions are tough to do right. It takes stellar management to complete a successful merger. It’s also often perilous, as most companies overpay to buy another one.

One last recent success story would have to be Disney.

When Bob Iger became CEO of Disney, he took the company on an acquisition spree. Under Iger’s leadership, Disney gobbled up some incredible intellectual property, with some huge household names like Lucasfilm, Marvel, and Pixar. 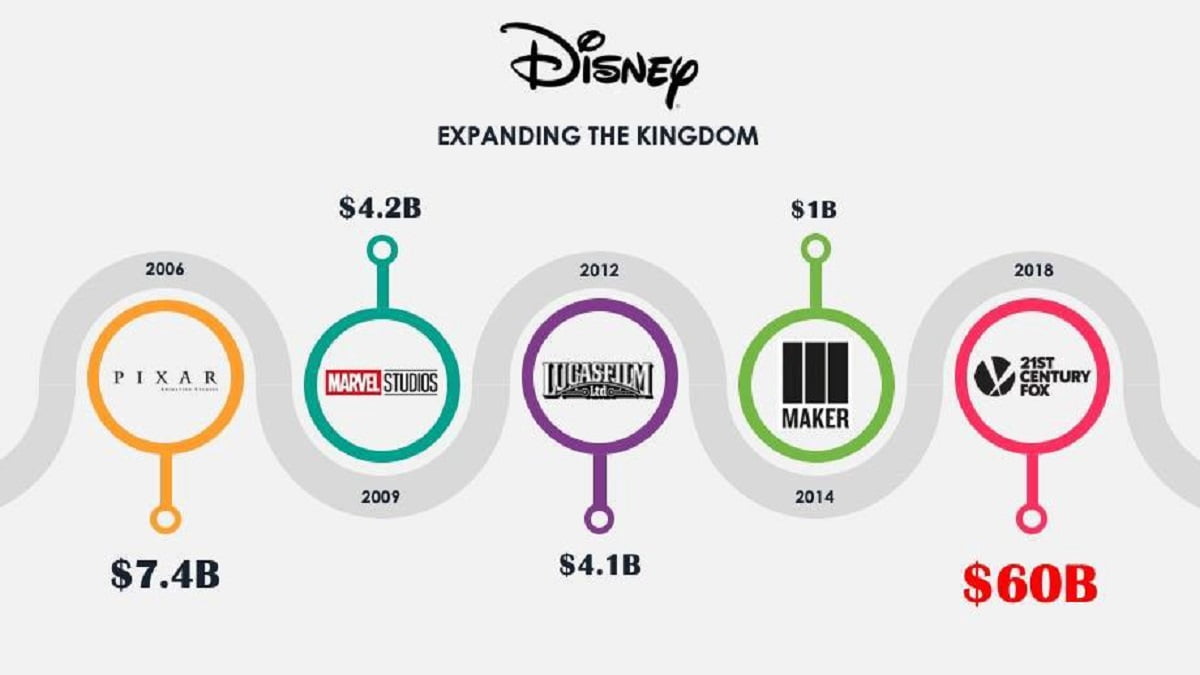 Nearly all these additions to the house of mouse have been nothing short of incredible (with 21st Century still TBD). It’s no secret that Disney virtually owned the box office over the last decade, and now has leveraged their IP to be streamed right into your favorite device via Disney+.

These acquisitions made Disney one of the largest media enterprises on the planet, and this has absolutely rewarded shareholders. If you had bought Disney’s stock when Bob Iger took over the company, you would have seen your shares appreciate over 600%. 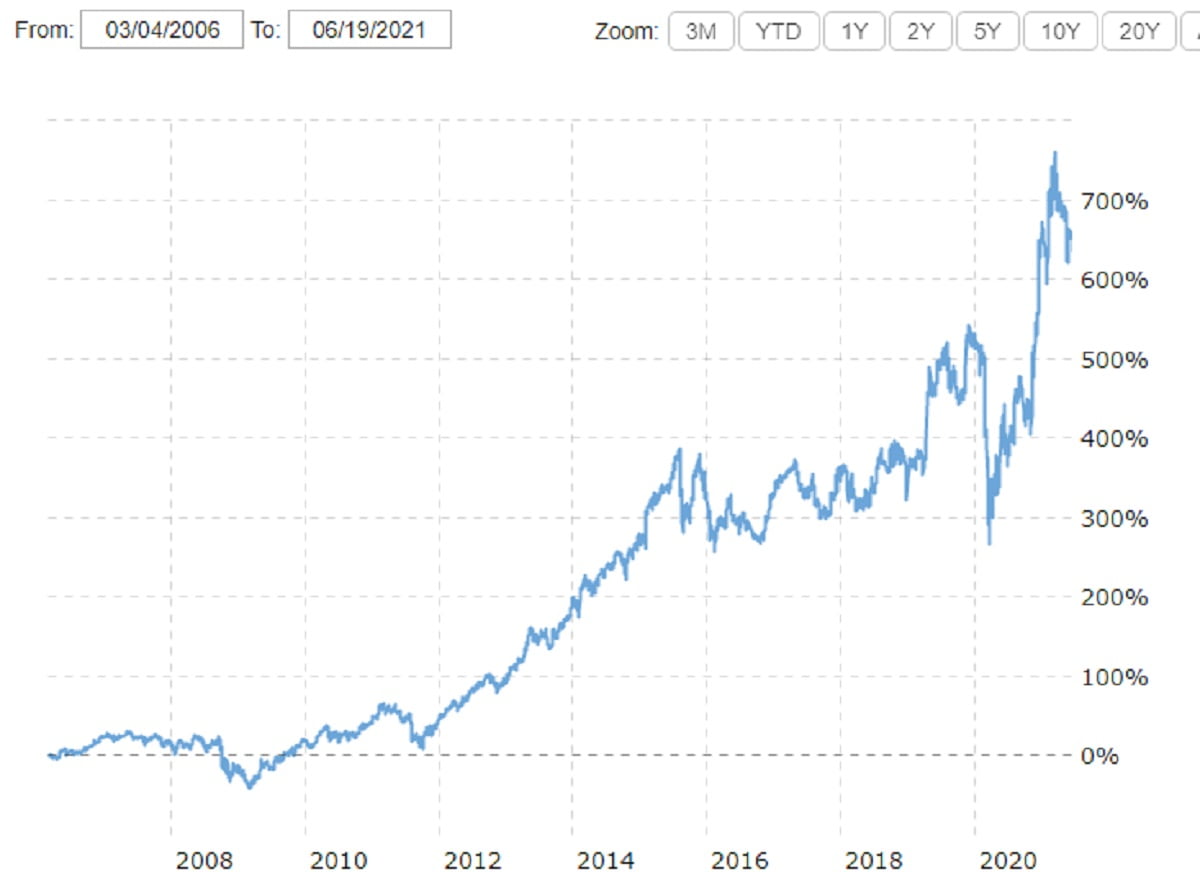 Creating shareholder value is far from easy. It truly takes excellent managers to execute on cost cutting, creating great products, and successfully completing a merger. It also take an astute investor to notice great management, and be sure to not overpay for it.

There are still two more points that I will discuss more in Part 2, so stay tuned!

Dillon Jacobs is the owner and lead editor for Vintage Value Investing. He is a passionate value investor who believes in the fundamental principles of Superinvestors like Warren Buffett, Charlie Munger, Ben Graham, Peter Lynch, and many more. His career has taken him to many destinations around the globe, and he has lived in both Asia and Europe.