The results for the weekly equity sentiment poll have just been finalized, and this report outlines some of the key charts, trends, and implications for investors  As a reminder the weekly equity sentiment poll uses twitter polling and distinguishes between investor’s views on equity markets that are bullish versus bearish for fundamental vs technical rationale.  The results this week are particularly interesting.

To start with, the above chart shows the trend for each of the 4 options in the poll (bullish or bearish and based on fundamentals vs technicals). Compared to the equity sentiment poll for last week this week saw a jump in bearish technicals and a slump in bullish technicals, meaning on net respondents are seeing downside risk for technical reasons. This makes sense as the S&P 500 remains below its 50 day moving average and as noted in the weekly #ChartStorm has broken out to the downside. In the short-term the technicals do look bearish, but I am always wary when I see an extreme in market indicators – particularly in sentiment.

Looking at the overall bulls-bears spread, it’s back to record lows – around the same level that marked the bottom of the market during the previous mini-correction in mid-September.  Of course when it comes to analyzing market sentiment for timing signals, usually you want the bull-bear spread to go to an extreme and then reverse course, or other forms of confirmation to really build conviction on the market call.  Also note the higher low on price vs the lower low on the overall bull-bear spread.

Below are the 4 supplementary graphs showing the individual bull-bear spreads specifically for “fundamental analysis” rationale and “technical analysis” reasoning.  Also included is the technicals vs fundamentals spread (a gauge of whether technicals or fundamentals are driving the predominant view), and the number of respondents.

If the turnaround in the fundamentals spread is genuine and reflects a real underlying improvement in the fundamentals then this could be a winning combination.  It may be that the technicals bull bear spread reflects excess pessimism – or is symptomatic of a more short-term pull back;  a dip to buy.  Time and data will tell on both fronts, so be sure to vote in next week’s survey and to check in here next week for the next TDC equity sentiment poll.

Bottom line:  This week the overall bull-bear spread dropped to an extreme low which reflected increasing pessimism on technicals yet a more upbeat view on fundamentals – an interesting combination. 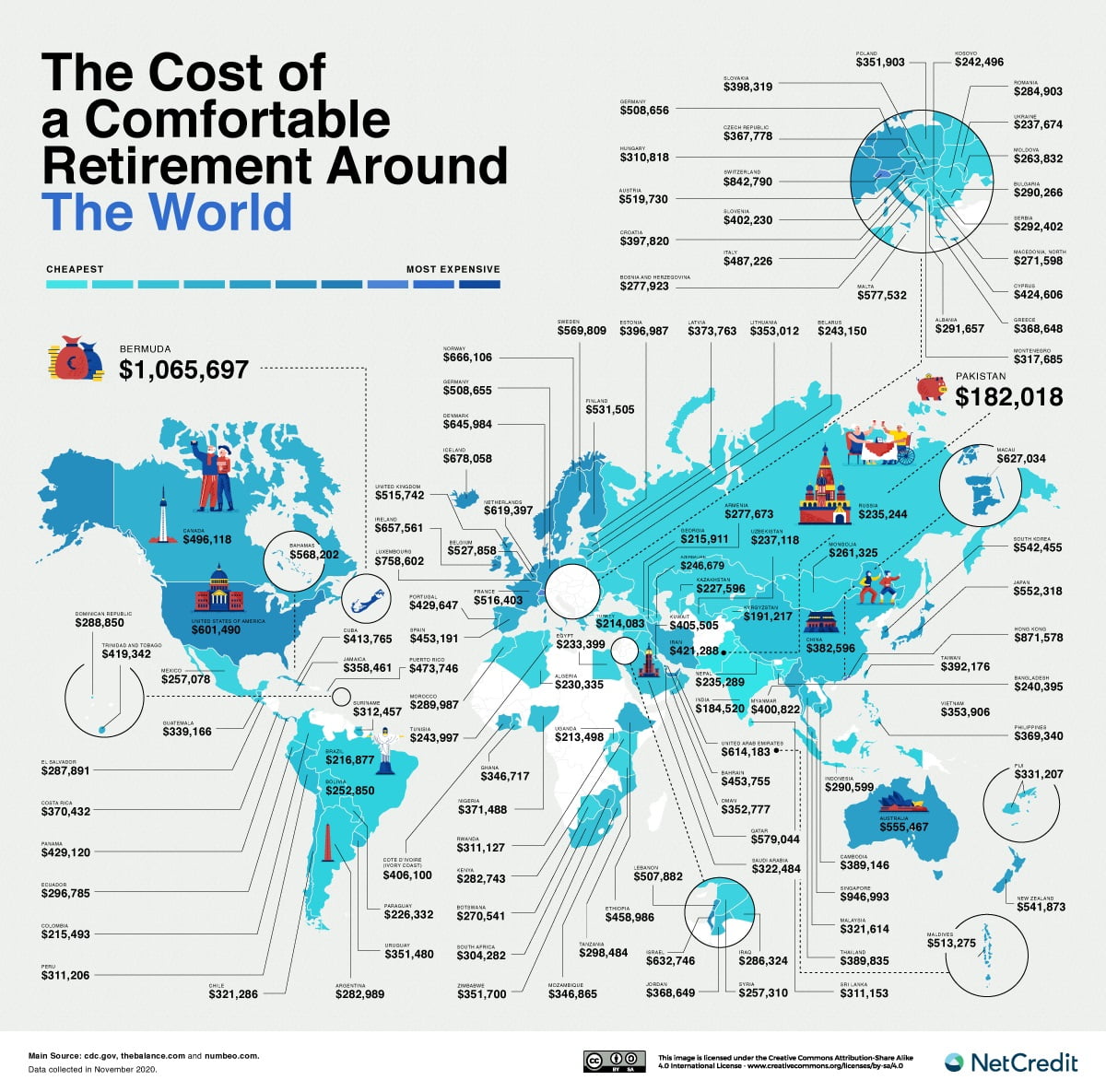 How Much It Costs To Retire Comfortably Around The World