ValueWalk
Home Business “Dreams All The Way Up” 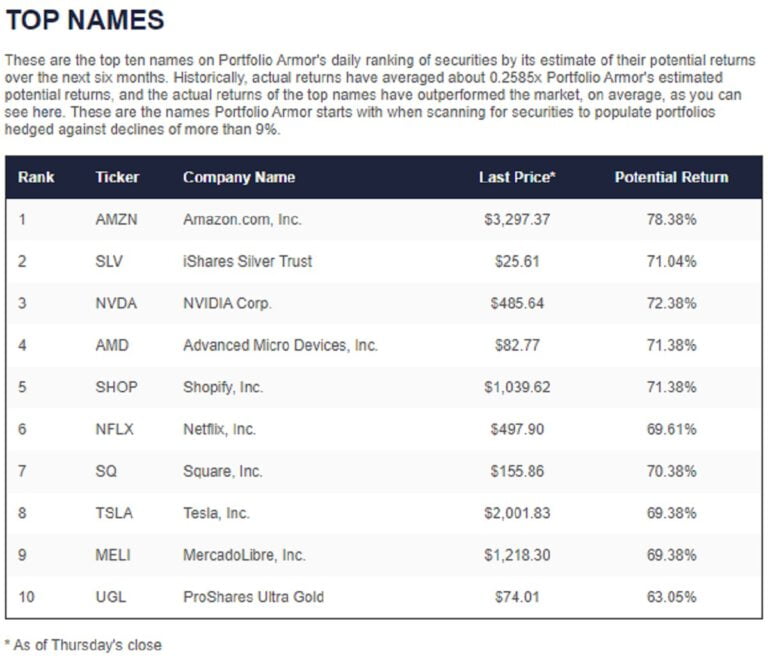 Meme via “Not Boring” by Packy McCormick.

"Dreams all the way up" was the title of an interesting post by business strategist Packy McCormick earlier this week. It caught our eye for two reasons. First, because it offered a novel metric to justify some current tech stock valuations, and second, because it discusses a couple of our current (and past) top names, Tesla (TSLA) and Shopify (SHOP).

McCormick notes that of the biggest tech companies -- Facebook (FB), Apple (AAPL), Amazon (AMZN), Microsoft (MSFT), and the company we all still call Google (GOOG) (GOOGL) -- four out of five have market caps over a trillion dollars now. Because of that, he says, these "FAAMG" stocks are good proxy for how big the market thinks tech companies can get. Riffing on Price/Earnings multiples, McCormick coins his Price/FAAMG metric: the probability that a particular tech stock will become as big as one of the FAAMG stocks. Before the math geeks jump in: yes, since McCormick is talking about probability, the correct notation here should be P(FAAMG).

Shopify As A Case Study

One of McCormick's case studies in his post is Shopify. First, he points out it looks expensive according to fundamentals:

Since going public in May 2015, Shopify’s stock is up over 5,000%. It’s currently trading at a 60x NTM EV / Revenue multiple and a 395.7x NTM PE ratio. Those are both very high numbers if you’re valuing Shopify based on the fundamentals, and indeed, Shopify has felt expensive at almost every point on its meteoric rise since late 2018.

Then he considers the probability that Shopify will become as big as Amazon:

If you believe that Amazon is fairly valued, and that an 11% chance of Shopify becoming Amazon is reasonable, then Shopify’s market cap isn’t as crazy as it seems from looking only at traditional valuation metrics.

Our friends at LikeFolio look at social media mentions of sentiment and purchase intent regarding consumer brands (we have no business relationship with them, but are friends with the founders). They use that to forecast sales for companies behind the brands. They put out a note Wednesday that was consistent with McCormick's take on Shopify: Shopify's Dominance Is Growing.

Tesla As A False Anchor

Although Tesla's market cap is roughly the same as Facebook's, McCormick doesn't consider it to be as dominant in its industry as his FAAMG stocks. So he doesn't think it should be used as an anchor for the valuation of other electric car companies in the way Amazon is for Shopify.

Our Takes On Tesla And Shopify

Readers may recall that our system analyzes every stock and ETF with options traded on it in the U.S. every trading day, based on their total returns and options market sentiment on them. And each trading day we rank those names by our estimates of their potential returns over the next six months, net of hedging costs. As of Wednesday's close, both Tesla and Shopify were among the top ten names on our daily ranking. They were also top ten names of ours six months ago.

Here's how that top names cohort has performed so far, versus SPY.

Incidentally, note that the precious metals names SLV and UGL are in the Family Circus position in the bottom right.

This Time It's Different?

A cynical take on McCormick's P(FAAMG) metric would be that it's simply a fancy way of saying "this time it's different". Maybe it is. Maybe it's just a rationalization of an enormous bubble. From the perspective of investors in our hedged portfolios, though, it doesn't really matter. For example, consider this hedged portfolio from last August, which included Shopify:

As you know, the market kept climbing over the next six months. This portfolio climbed with it.

You can find an interactive version of that chart here; the reason we posted it here is to illustrate the point: you can make money buying names like Shopify, while hedging in case they're part of a bubble and it pops.