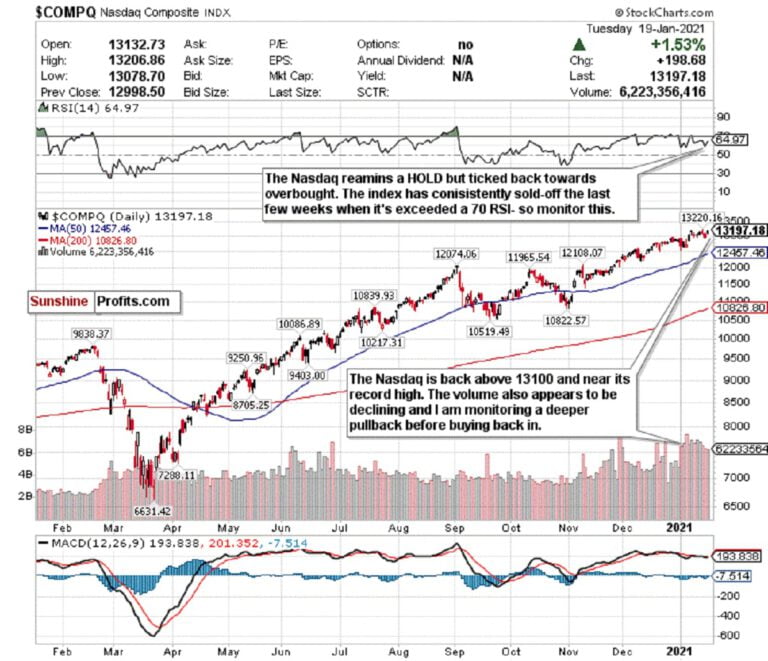 Today's gains were primarily thanks to renewed stimulus hopes, faster vaccine distributions, and strong bank earnings. However, this is far from an “all clear.”

It still reminds me of the Q4 2018 pullback ( read my story here ). I remain steadfast that there is way too much complacency in today’s market- despite long-term tailwinds. In the short-term, we are truly walking on ice.

For one, valuations are absurd. Tech IPOs seem more like Barnum and Bailey than a capital market, the S&P 500 is trading near its highest forward P/E ratio since 2000, and the Russell 2000 has never traded this high above its 200-day moving average.

Signs are starting to point towards the return of inflation by mid-year as well. Despite declining Tuesday (Jan. 19), the 10-year yield remains around its highest level since March. Economist Mohammed El-Erian believes that “if we were to see another 20 basis point move in yields, that would be bad news.”

Edward Jones also claims that the 10-year breakeven rate, a market-based measure of inflation expectations, is at its highest level since 2018 thanks to rising commodity prices, a weaker dollar, and broad stimulus policy.

There are also some signs that the market is already pricing in Joe Biden's $1.9 trillion stimulus package .

On the one hand, according to Jim Cramer , “when an event occurs and the market gets exactly what it wants, but nothing more, it’s treated as a reason to sell, not to buy.” What happened in the market last week reflects this.

On the other hand, some of the economic benefits may not have been priced in yet. For example, JP Morgan believes that this stimulus plan could cut unemployment to less than 5% by year’s end.

But remember - the stock market is not the economy.

I remain firm that a correction between now and the end of Q1 2020 could happen thanks to this neverending pay-per-view bout between good news and bad news.

We may trade sideways this quarter- that would not shock me in the least. But I think we are long overdue for a correction since we haven’t seen one since last March.

Have a great shortened trading week! Best of luck. 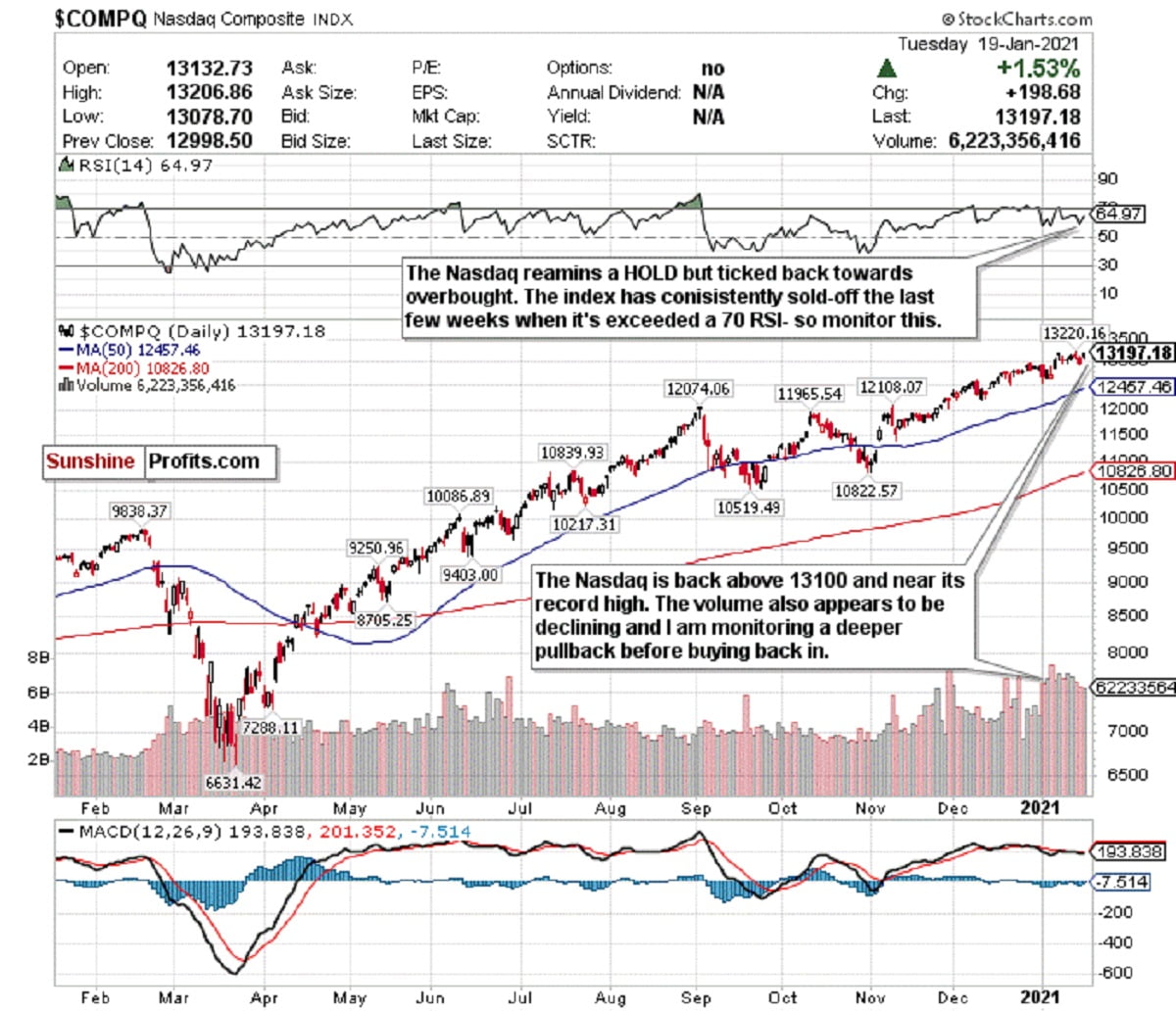 These stocks get the most glory, show the most growth potential, and are innovators and disruptors.

I am sticking with the theme of using the RSI to judge how to call the Nasdaq. An overbought RSI does not automatically mean a trend reversal, but with the Nasdaq, I always keep a close eye on this .

Over the last several weeks, the Nasdaq’s RSI has indicated a consistent pattern.

The Nasdaq pulled back on December 9 after exceeding an RSI of 70 and briefly pulled back again after passing 70 again four weeks ago. We also exceeded a 70 RSI just before the new year, and what happened on the first trading day of 2021? A decline of 1.47%.

The last time I changed my Nasdaq call from a HOLD to a SELL on January 11 after the RSI exceeded 70, the Nasdaq declined again by 1.45%.

Despite ticking back up on Tuesday (Jan. 19), the Nasdaq is still no longer technically overbought. But the tech IPO market screams dot-com bubble to me.

Last week, Lender Affirm nearly doubled in its public debut, while Poshmark surged by over 130% during its world premiere.

I have no other words to describe it besides a circus.

I still love tech and am generally bullish for 2021. But I need to see the Nasdaq have a legitimate cooldown period and move closer to its 50-day moving average before considering it a BUY.

I also have some worries about how full Democrat control could affect tech stocks thanks to higher taxes and stricter regulations. A Blue Wave is better for small-caps than tech.

For now, because the RSI is still a HOLD, I’m keeping my HOLD call.

If the RSI ticks back up above 70, I’m switching back to SELL. The Nasdaq is trading in a precise pattern.