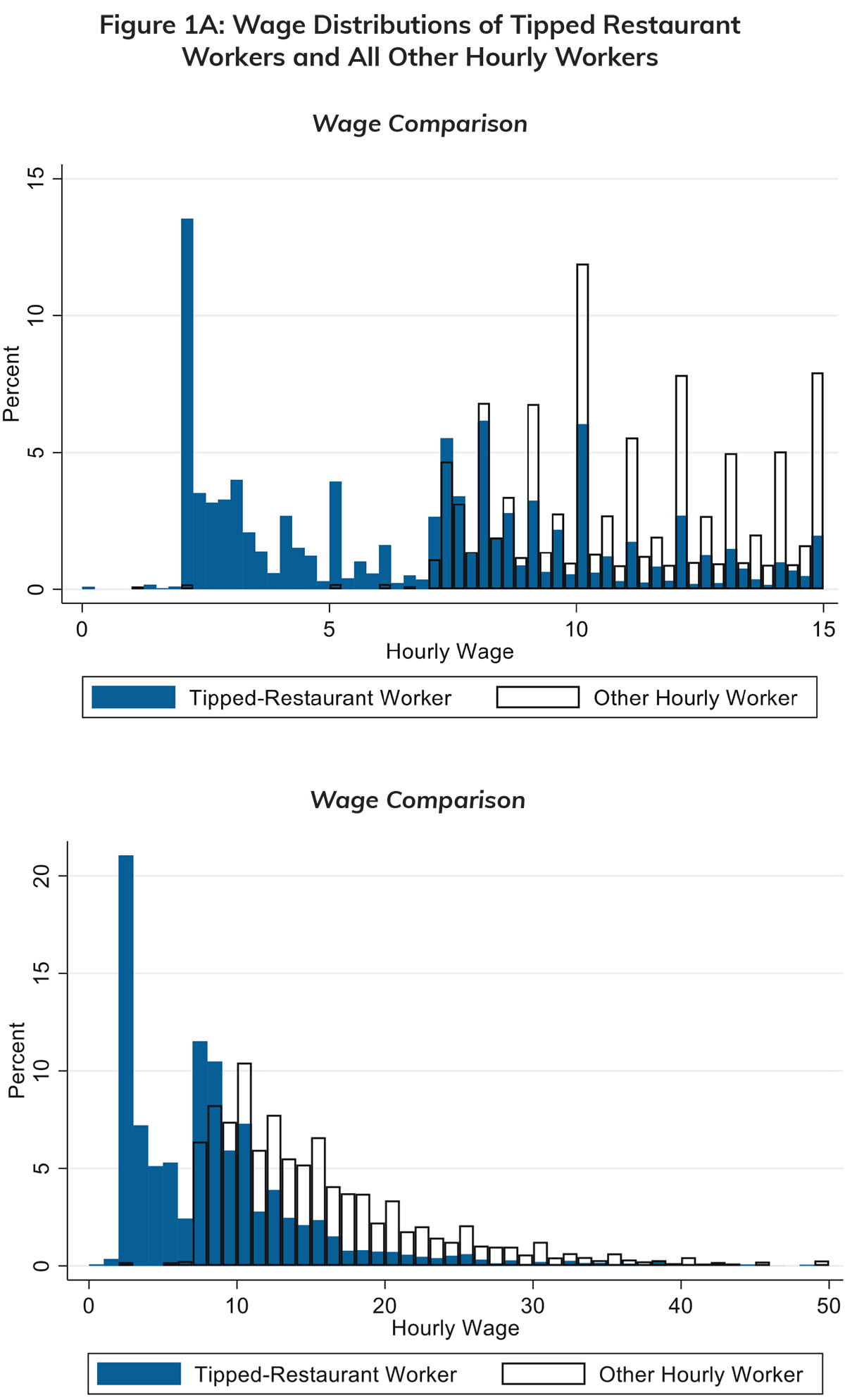 Ending the federal tip credit would have little to no effect on poverty, cost nearly 700k workers their jobs

Analyzing Census Bureau data, authors David Neumark and Maysen Yen (University of California-Irvine) also find that tipped workers are five percentage points less likely to be categorized as “extremely” poor. The authors conclude that elimination of the federal tip credit is less likely to help poor families than a standalone increase in the minimum wage while maintaining the tip credit.

The Negative Impacts Of Raising The Minimum Wage On Employment

The authors' analysis does not take into account potential negative impacts on employment of raising the minimum wage or eliminating the tip credit. These effects are documented in "The Case for the Tip Credit,” a companion brief which summarizes the research on tip credits and the history of tipping. The brief also documents the success of bipartisan, worker-based movements to maintain state tip credits and the failure of restaurant experiments to end tipping.

“Tipped workers have fought against tip credit elimination because it's bad for their bottom line,” said Michael Saltsman, managing director of the Employment Policies Institute. “Congress should reject any attempts to upend the tipping system or eliminate tip credits, which will put hundreds of thousands of good-paying jobs at risk. There are better solutions to help raise the wages for minimum wage workers without affecting the income of tipped workers – who are clearly different than their minimum wage-earning counterparts.”

About the Employment Policies Institute