It also mines coal. It is the largest nickel producer by capacity in the country, although precious metals account for nearly 2/3 of the group’s revenue.

ANTM is a state-owned enterprise involved in the exploration, excavation, processing, and marketing of nickel ore, ferronickel, gold, silver, bauxite, and coal in Indonesia. 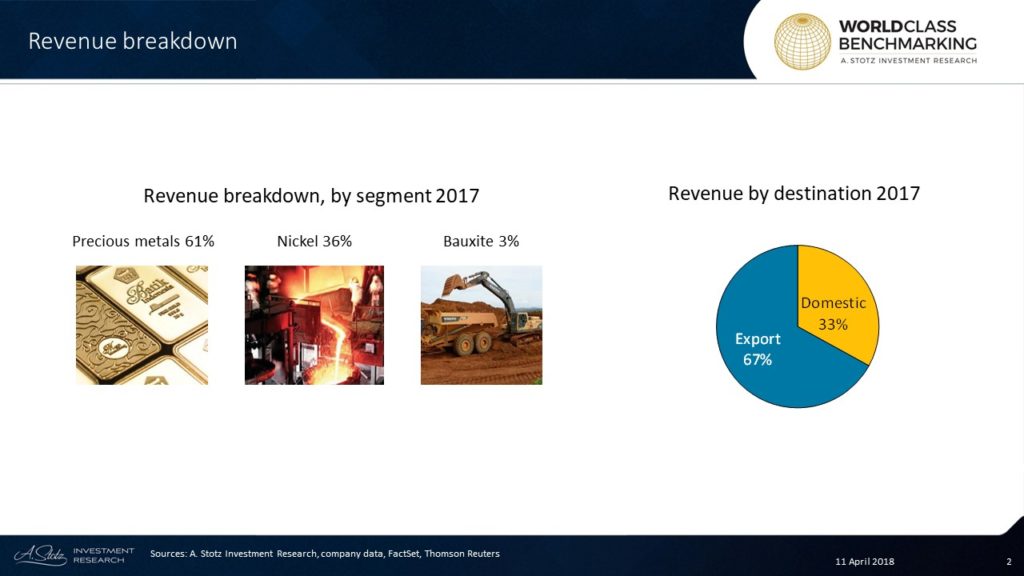 Indonesia produces around 1/3 of the world’s nickel ore, but in January 2014 introduced a ban on raw nickel ore to encourage more value-added production in the country. This reduced world inventories of nickel ore, which only just started to recover in 2017 with the lifting of the ban. ANTM has been expanding downstream, as targeted by the government.

Nickel is used mainly in the auto industry and for kitchen use.

Fachrul Razi has served as the President Commissioner of ANTM since 2015. A large portion of his work experience has been with the Indonesian Military and the Ministry of Defence following his education from Military college. He also currently holds positions as President Commissioner of PT Central Proteina Prima Tbk (CPRO IJ) and Commissioner of the holding company of PT Toba Bara Sejahtera Tbk (TOBA IJ). He has completed degrees in Law and Socio-Politics from several universities. 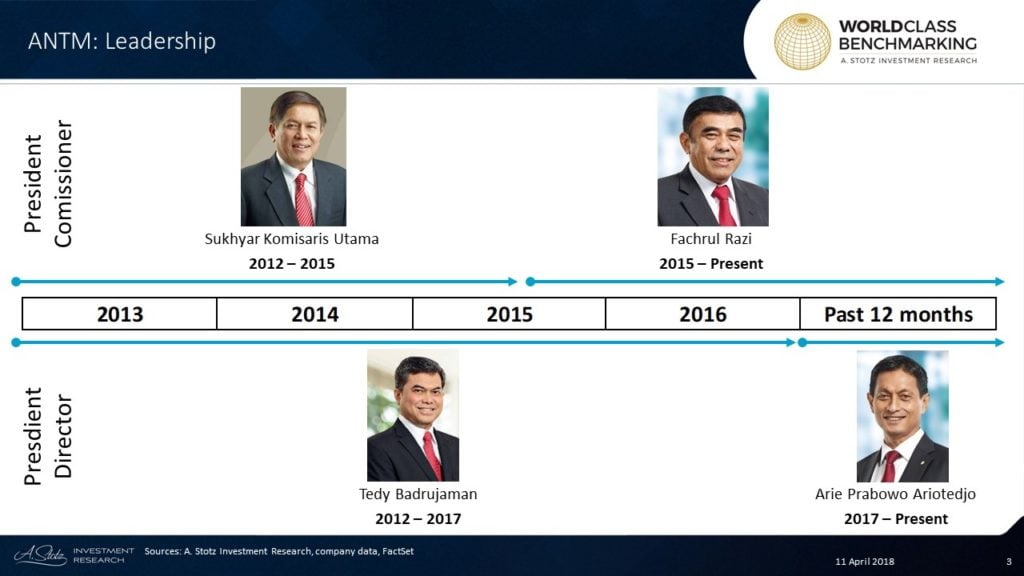 Arie Prabowo Ariotedjo has been appointed the role of President Director of ANTM in 2017. He has worked as President Director of PT Wikaraga Sapta Utama and PT Medco Energi Mining Internasional prior to his current position. His education consists of a Bachelor and Masters of Science in Civil Engineering from Purdue University and University of Michigan respectively.

Profitable Growth has been among the worst since 2013 and ranked #10 in the past 12 months.

Profitability exhibit the same trend as Profitable Growth while Growth has seen massive improvements since 2014 and ranked #1 in the past 12 months. 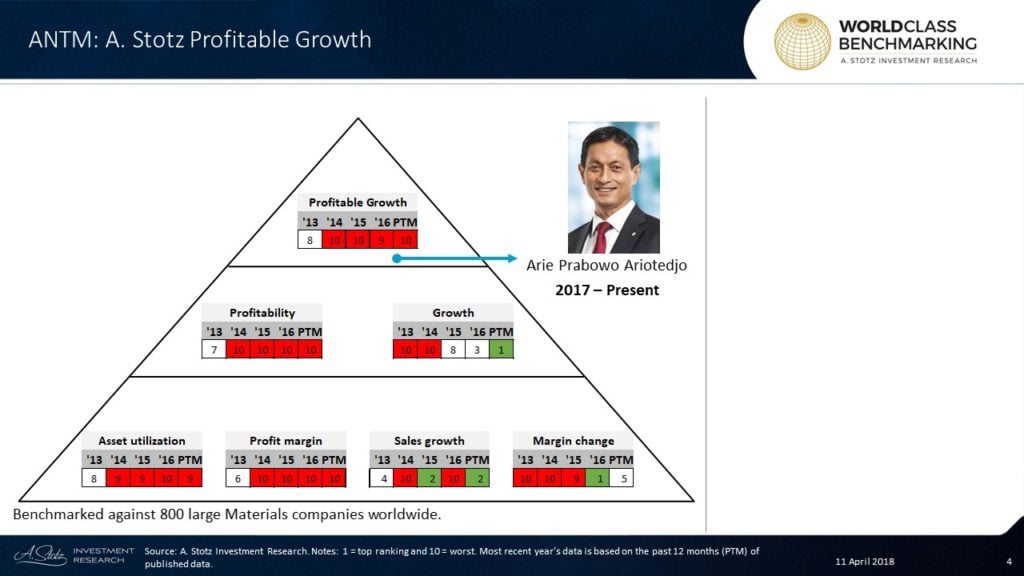 Both Asset utilization and Profit margin have been at very low ranks since 2014, displaying the same trend as seen in Profitability and Profitable Growth.

Both Sales growth and Margin change have had large fluctuations over the years but are currently performing relatively well, ranked at #2 and #5 respectively.