ValueWalk
Home Business Could Smart Investment Help Save Businesses in The Recession? 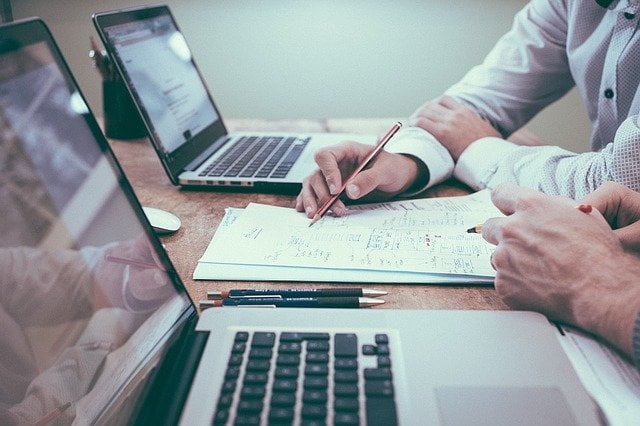 The idea of a recession is generally enough to give most quite a bit of anxiety, and for good reason. The 2008 recession was one of the worst things to happen to the world, and its effects are still being felt to this day. As if that wasn’t enough, the coronavirus pandemic which is still ongoing has also lead to a recession, one that might be even more destructive than 2008, since it has longer-lasting effects that have already spanned well over a year and will likely last through next year as well.

One thing that makes this so difficult to bounce back is the fact that businesses struggling to make ends meet will cause further economic strife. This is part of the reason why recessions have such long-term effects. A good approach to rebounding as an economy could involve smart investing, which essentially means spending money on things that would boost a long-term recovery.

Businesses need to change how they use revenue first and foremost. The practice of monthly profit withdrawals can restrict a business’s ability to sustain itself when recessions hit, as it never leaves money for a rainy day. A lot of the businesses that closed their doors permanently over the past year did so because they were too haphazard with how they distributed their earnings to stakeholders and owners. This is especially pertinent now since most businesses will need to operate at a loss for quite some time before the global economy kicks back into high gear and they get the chance to become profitable once again.

Quarterly profit disbursement is an alternative, with some more conservative business owners opting for annual disbursement. All of these practices have something in common though: they involve the withdrawing of profit from a company. It is understandable that a business owner would want to profit from their enterprise, but at the end of the day, these are trying times and businesses need all the help that they can get if they are going to stay active in the long run. Because of this, a somewhat radical but undeniably effective change needs to be made, one that would help turn the tide for a quicker recovery.

This radical change would involve an extended period of time during which business owners would draw no profit from their enterprises. Instead, they would just keep investing everything they earn outside of paying the bills. Doing this for a year would help said businesses acquire many of the items that they need currently. This can get businesses up and running much more quickly, and the excess profit that is being reinvested can go towards expansion which is even more critical in this increasingly competitive post-pandemic world.

This is most definitely a long-term approach, but it can result in exponential profits when the time comes. The most common mistake business owners make is that they try to live off of their enterprises from the very beginning. While it is understandable that they do this since they are putting in a lot of work as well as a significant investment, the truth of the situation is that it is a very short-sighted approach. While it may not be the only major contributor, it most certainly did play a role in the businesses that shut down recently.

An added benefit of this new approach would be that business owners might get the chance to get massively larger profits once their business is ready. Having a game plan for when things go awry is even more crucial in this day and age where there are seemingly fail-safes for everything. If there is one thing that people have learned after the pandemic, it’s that things are never as stable as they assume. It is a common misconception that we are living in the safest possible time period, where nothing major can go wrong.

This misconception is breaking now, and it is high time that businesses use this opportunity to change how they operate. Small businesses in particular can benefit from this new approach, as they are the ones that get shut down during times of economic hardship. After all, it’s not the major corporations that suffer at the hands of economic recession. They usually have cash stockpiles that can get them through tough times, and small businesses need to adopt a similar methodology as well.