ValueWalk
Home Business Consumer Reports on Tesla, EVs Are NOT Like Smartphones 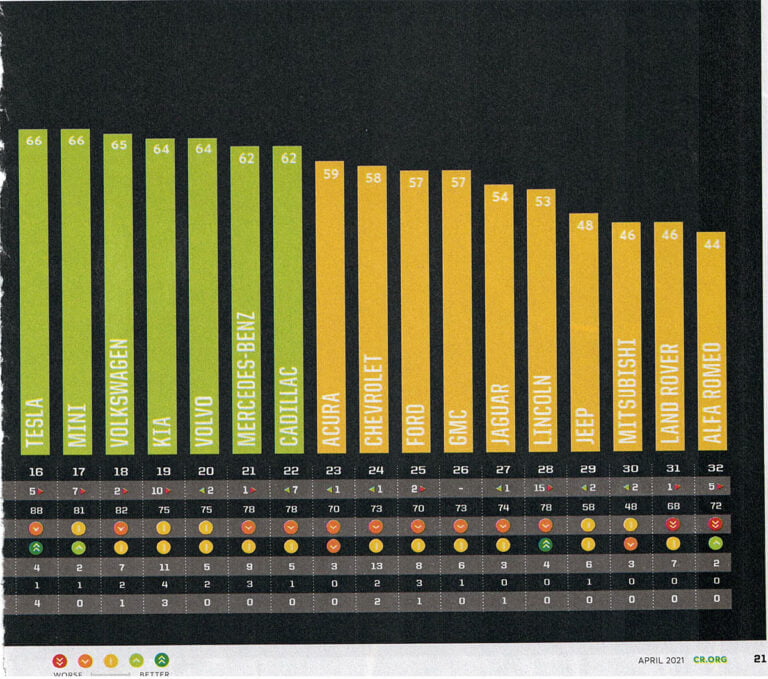 Whitney Tilson’s email to investors discussing his TaaS video; Why he is bullish on EVs (but not most of the stocks); his friend’s argument that EVs are NOT like smartphones; Consumer Reports on Tesla Inc (NASDAQ:TSLA); Why Do People Buy a Tesla? Not Because of Elon Musk, Survey Says.; VW ID4 review; carjacking; batteries.

1) I think most stocks in the EV space should be avoided (including NASDAQ:TSLA, due to its extreme valuation of 24x 2020 revenues), and many are probably great shorts (like NASDAQ:WKHS) – but nevertheless I’m super-bullish on the sector.

I think sales of EVs (especially when married with real AV capabilities, which are ramping quickly) are going to skyrocket and be more than half of all cars sold in America within five years.

I did this video a year ago, which has now been viewed more than 5 million times, predicting the rapid adoption of EVs and AVs, which will result in the creation of an entire new industry called Transportation as a Service (TaaS). (I just taped a new, updated version of the video, which I’ll send out once it’s public.)

Since then, everything is playing out even better than I expected – in particular, Democrats now controlling the Presidency and Congress provides another catalyst/tailwind for the sector.

2) I think EVs will follow the path of smartphones, when they replaced Blackberries. My friend, however, disagrees. While I think he’s wrong, I want to share his arguments:

There are a few aspects of the smartphone-vs-dumbphone comparison that makes it very different than the automobile (BEV vs ICE).

3) Consumer Reports just released its annual auto issue – attached are the pages related to NASDAQ:TSLA. CR only recommends one of the company’s four models (the Model 3 is among its 10 top recommendations) and the brand is ranked only #16 out of 32, but note that NASDAQ:TSLA is tied with Audi and Porsche for highest road-test score (88 of 100) and all four models have the highest owner satisfaction rating. 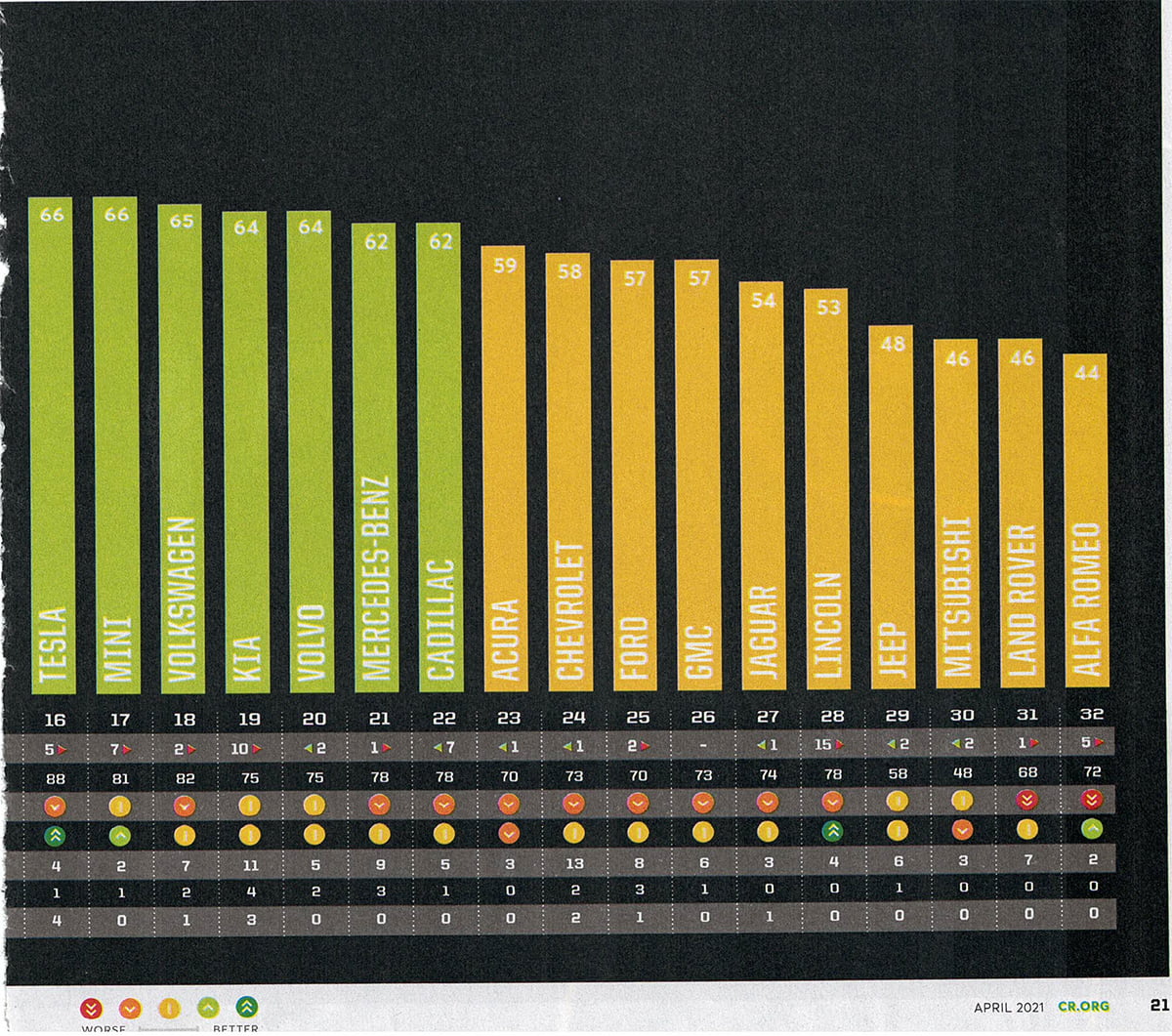 Why Do People Buy A Tesla?

4) Consistent with what CR found, this survey confirms that Tesla owners LOVE their cars (it’s not because they’re Musk fanboys): Why Do People Buy a Tesla? Not Because of Elon Musk, Survey Says. Excerpt:

Most people in the auto industry assume Tesla buyers are drawn to the brand’s high-tech image or are fans of its mercurial CEO, Elon Musk. But a new survey from research firm Escalent suggests that’s far from the real story.

The real reason is simpler, and far more traditional: They like the cars.

“In fact,” Mike Dovorany, VP at behavior and analytics firm Escalent, told Car and Driver, “among respondents who are shopping for or already own an EV—Tesla or otherwise—Elon Musk is among the top [drawbacks in] their consideration of the brand.”

…Tesla’s one-stop shopping for everything from financing to fast charging is a huge plus for the brand, the firm said, and it’s one GM and Ford may not be able to replicate.

This is the most professional and detailed car reviewer in the U.S., possibly in the whole world, reviewing the VW ID4:

You will see him point out aspects of how the ID4 differs against most of those direct BEV competitors in ways you will not hear from other reviewers.

I just bought a vehicle that’s of a similar shape as the VW ID4 but half a size smaller, so it’s still easy to imagine whether I would have considered this VW ID4 or not. It would have been a considerably more expensive option. Yes, a half-size larger and possibly with more standard equipment — but nothing for which I would have been interested in paying more.

More importantly though, what about the gasoline vs electric itself? An EV drives better from the “test drive experience” (that may last a couple of hours or so), but in terms of “living with the vehicle in real life” — an EV just doesn’t work for me now. A basic requirement for a good EV experience is that you have to be able to plug it in somewhere.

That said, for someone whose shopping list is confined to BEVs only, the VW ID4 has some distinct advantages compared to most or all of its competitors.

Of course, this list of competitors will widen before the end of 2021 with the entry of these in particular:

6) Someone tried to carjack a Tesla and actually put a bullet in it – but the owner escaped! Watch the 23-second video here.

Attempted carjacking Tesla! Acceleration, doors and cameras save my life! I got a bullet hole in my car now. I need a bullet prof one @elonmusk can I trade in? Y’all can do some tests on a M3 ability to take a hollow point! 15 years in the military 8 deployed and shot first in US pic.twitter.com/O8rnsmDxHC

This is *prior* to 4680 cells, and the Tesla gross margin advantage doesn’t stop there: structural pack design, single piece diecasting, and factory optimization all are significant durable advantages. https://t.co/Uc5bib12U9