ValueWalk
Home Business More Than Half Amazon Professionals Think Andy Jassy As CEO Is A...

Yesterday, Amazon founder and CEO Jeff Bezos announced that in Q3 of this year, he will transition to executive chairman of the company’s board. Amazon Web Services chief Andy Jassy will take the CEO spot.

On Blind, the largest anonymous professional network, an Amazon employee posted on the platform “Andy Jassy as new CEO of Amazon!! What you think?” 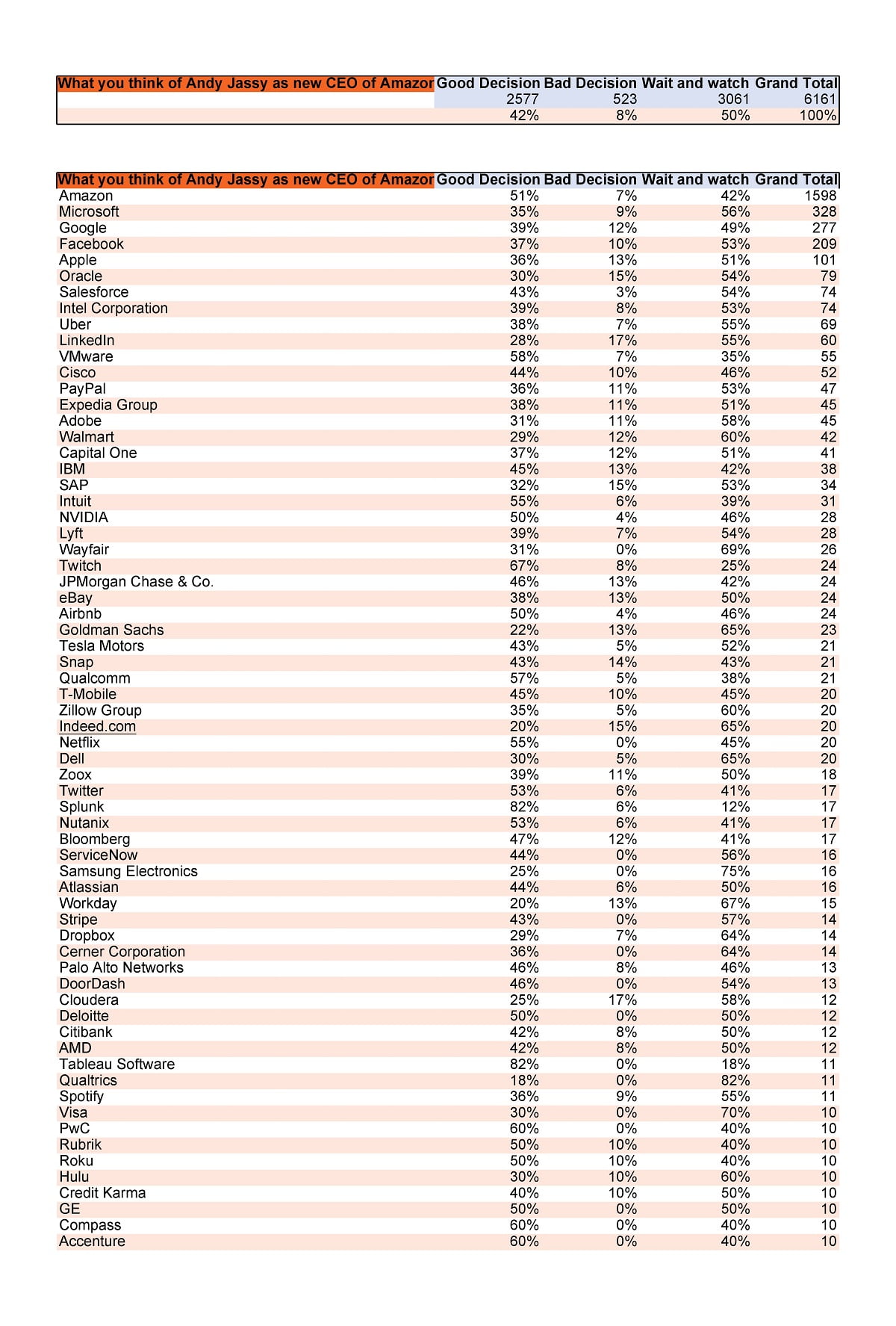 A Linkedin employee commented “This could potentially turn out to be great for AMZN. From the earnings call they mentioned Jeff will be engaged in one way decisions, business strategy, entering new markets. These are all the things he is bloody exceptionally good at. 3-4 hours of his daily time exclusively focusing on these things is orders of magnitude better than him having to spend a lot of time dealing with day to day responsibilities of being a CEO. I may be in the minority but under this new structure, I actually expect Amazon to be even more lethal than what it is now.”

When people thought Amazon was building "Earth’s Biggest Bookstore," it was actually building "The Everything Store." As for Jassy, he's been at Amazon since 1997 and built AWS from a minor offshoot of Amazon's e-comm operations to a cloud computing leader.

It seems like this CEO transition is overwhelmingly well received by Amazon employees and their peers within the tech industry.