ValueWalk
Home Business A Sleepy Week for the Indices? 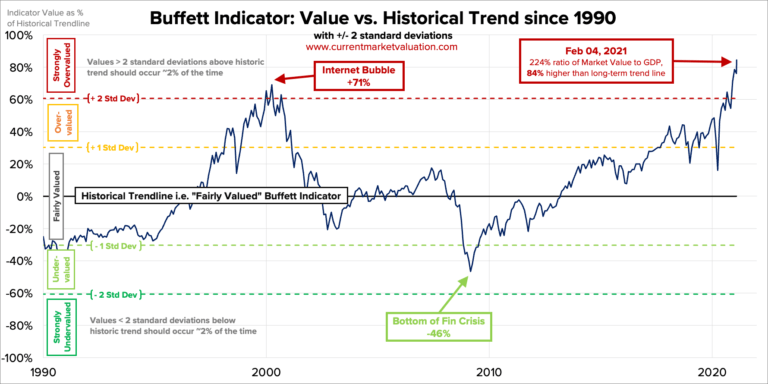 For once, we have a week in 2021 where the market really didn’t move all that much.

Except for weed stocks that whipsawed GameStock-like and Bitcoin and Dogecoin making waves thanks to Lord Elon, it’s really been kind of a boring week for the major indices.

The S&P and Nasdaq closed at another record high Thursday (Feb. 11), while the Dow barely retreated from its own record high. The red-hot Russell has lagged this week.

However, it’s all relative. No index has moved upwards or downwards more than about 0.30% week-to-date.

It’s about time we had a week of relative quiet in the market.

The sentiment is indeed still rosy right now. The economic recovery appears to be gaining steam, and the Q1 GDP decline everyone predicted might not be as sharp as we anticipated. We could also be days away from trillions of dollars of much-needed stimulus getting pumped into the economy.

We could also days away from FDA approval of a one-dose vaccine from Johnson and Johnson (JNJ).

The COVID numbers and vaccine trend could truly turn the tide of things. More people in the U.S. have now been vaccinated than total cases, and the week kicked off (Feb. 8) with vaccine doses outnumbering new cases 10-1. Dr. Fauci also claims that vaccines could be available to the general public by April.

But we’re not out of the woods yet. Sure this week has been calm.

But it’s almost been “too calm.”

I still worry about complacency, valuations, and the return of inflation.

“You wouldn’t know it from the sedate action in the averages,” but Wall Street is on “a highway to the danger zone,” CNBC ’s Jim Cramer said.

“In a frothy market, stocks will have enormous rallies that are totally disconnected from the underlying fundamentals.”

Look at the Buffett Indicator as of February 4. Where I track this indicator usually updates once a week and shows the total U.S. stock market valuation to the GDP.

If you take the US stock market cap of $48.7 trillion and the estimated GDP of $21.7 trillion, we’re nearly 224% overvalued and 84% above the historical average. This ratio has not been at a level like this since the dotcom bubble.

Worse? This chart was dated February 4. The market’s only risen since then.

This is what I mean by don’t be fooled by the relative calm of this week.

The S&P 500’s forward 12-month P/E ratio is also well above its 10-year average of 15.8. The Russell 2000 is also back at a historic high above its 200-day moving average. Tech stock valuations are again approaching dotcom bust levels.

Bank of America also believes that a market correction could be on the horizon due to signs of overheating.

While I don’t foresee a crash like we saw last March, I still maintain that some correction before the end of Q1 could happen.

Corrections are healthy and normal market behavior, and we are long overdue for one. They are also way more common than most realize. Only twice in the last 38 years have we had years WITHOUT a correction (1995 and 2017).

A correction could also be an excellent buying opportunity for what could be a great second half of the year.

Bank of America also echoed this statement and said that “We expect a buyable 5-10% Q1 correction as the big ‘unknowns’ coincide with exuberant positioning, record equity supply, and ‘as good as it gets’ earnings revisions.”

While there is long-term optimism, there are short-term concerns. A short-term correction between now and the end of Q1 2021 is possible. I don’t think that a decline above ~20%, leading to a bear market will happen.

The Streaky S&P Is Back at a Record

The S&P continues to trade as a streaky index. It seemingly rips off multiple-day winning streaks or losing streaks weekly.

After the S&P 500 ripped off a streak of gains in 6 of 7 days, it promptly went on a 3-day losing streak, followed by another record close.

I would hardly call that a 3-day losing streak, though. I’d even say it was a boring week for the S&P 500 with muted moves.

The outlook is healthy, though, especially when you consider earnings. More than 80% of S&P stocks that have reported earnings thus far have beaten estimates.

What could be on tap for next week? Who even knows anymore. But if earnings keep on outperforming, and the sentiment remains stable, it could be another strong week.

The S&P’s RSI is ticking up towards overbought. However, because it’s still below 70, and because of the streaky manner in which the index has traded, it remains a HOLD.

For more of my thoughts on the market, such as red-hot small-caps and emerging market opportunities, sign up for my premium analysis today.

Thank you for reading today’s free analysis. I encourage you to sign up for our daily newsletter – it’s absolutely free and if you don’t like it, you can unsubscribe with just 2 clicks. If you sign up today, you’ll also get 7 days of free access to the premium daily Stock Trading Alerts as well as our other Alerts. Sign up for the free newsletter today!

All essays, research, and information found above represent analyses and opinions of Matthew Levy, CFA and Sunshine Profits’ associates only. As such, it may prove wrong and be subject to change without notice. Opinions and analyses were based on data available to authors of respective essays at the time of writing. Although the information provided above is based on careful research and sources that are believed to be accurate, Matthew Levy, CFA, and his associates do not guarantee the accuracy or thoroughness of the data or information reported. The opinions published above are neither an offer nor a recommendation to purchase or sell any securities. Mr. Levy is not a Registered Securities Advisor. By reading Matthew Levy, CFA’s reports you fully agree that he will not be held responsible or liable for any decisions you make regarding any information provided in these reports. Investing, trading, and speculation in any financial markets may involve high risk of loss. Matthew Levy, CFA, Sunshine Profits’ employees, and affiliates as well as members of their families may have a short or long position in any securities, including those mentioned in any of the reports or essays, and may make additional purchases and/or sales of those securities without notice.