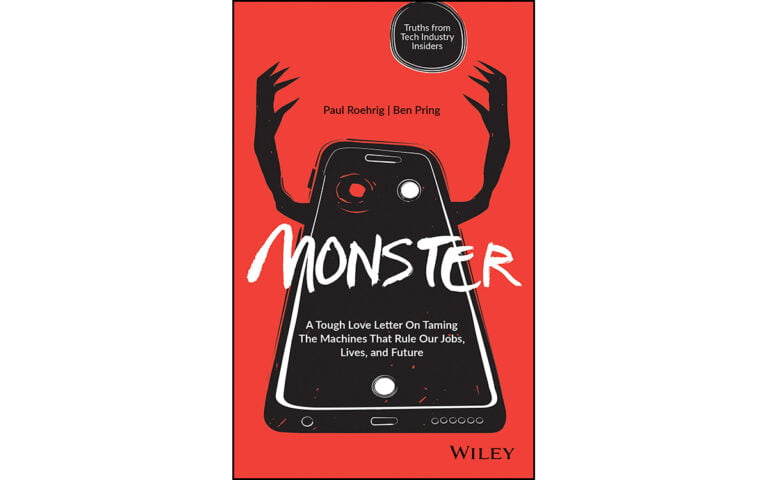 To keep up with the technology, and a digital-economy laissez-faire attitude most of us have cultivated, and we end up with our current creepy capitalism. It’s not easy - the technology required to pull this off is less than 15 years old - but it’s really that simple. Don Corleone and Tony Soprano couldn’t have imagined such a racket, but here we are.

What may have seemed like esoteric and academic discussions about obscure issues a few months ago are now prime-time questions that directly affect the future ahead of us. How we treat data in our efforts to understand, and ultimately stop, the spread of COVID-19, and how we trade off our privacy in those efforts, will set a course that will be hard to alter.

In China, a sophisticated cell-phone-based “traffic light” system has been rolled out that indicates whether an infected person is clear to move around as normal, or should continue to self-isolate. In Israel, emergency laws have been passed that indicate whether someone may have been physically close to a virus carrier and should thus go into a mandatory 14-day quarantine. In Singapore, Bluetooth functionality on mobile phones is being used to alert people when they are in proximity to someone who has, or has had, coronavirus.

Other governments are understandably stepping up their efforts to replicate policies that seem to be working. In the US, the White House has expressed interest in creating a similar type of health monitoring infrastructure and has called on leading social media platform providers to lend assistance.

Facebook and many tech companies have quickly deployed teams of engineers and data scientists to work on the issue; Apple and Google are building jointly developed contact tracing technology into their rival iOS and Android operating systems. A consortium of leading technology developers — many of the top figures in the worlds of AI and big data — has also formed to apply leading-edge commercial research to the public health fight.

Across the pond, the European Union has called for the creation of a Pan- European app to coordinate a broad response and is similarly shepherding senior tech figures from across a wide range of disciplines. Big Tech has jumped at the chance to restore its reputation and break free from the chains of the tech-lash onslaught it was under.

In the desperate rush to save lives and allow people to again go about their regular lives — and in turn, save economies — data-driven insight and analysis, and social control, are logical and laudable initiatives. Few parents would object if location data from their children’s cell phone could help in keeping them safe from harm; few politicians would hesitate to use whatever means necessary to keep those kids safe — and keep their parents’ votes.

Yet it is precisely at this moment of extreme peril, when our attention is focused on the pandemic confronting us, that we need to think through the even greater peril potentially on the periphery of most people’s line of sight.

Opening The Pandora's Box Of Surveillance

By opening ourselves up to data-based health monitoring, we are further opening the Pandora’s box of “surveillance” that has silently crept into our modern world in the last 20 years. Unnoticed by the vast majority, we have entered an era in which governments and technology companies know almost everything about us (based on our online activity), in which privacy has withered away, and which every day inches closer toward George Orwell’s vision of Airstrip One that consumed him as he succumbed to the devastating influenza virus in 1948.

Health-based monitoring is absolutely the right thing to do in the short-term to help the health of individual people, but at what cost to the long-term health of our society?

Those who are unaware of the surveillance that surrounds them — or untroubled by it — may ask, “What surveillance?” and, “What damage?”

“We should do everything we can - including phone-based contact tracing - to get the virus under control.” Obscure or philosophical responses about the complicated nature of the trade-offs we need to make between security and privacy in the future melt in the face of the heat generated by finding solutions to the health crisis today.

Those who are aware of the surveillance that surrounds them — and are troubled by it — are probably destined to be on the losing side of the debate in the next few years. Though the platonic points of the argument can be laid out at length, the need for speed from a jittery public and an impatient news cycle will see politicians from undemocratic and democratic countries alike forgo concerns about the potential misuse of personal data as the fight against the virus is waged.

As such, it is likely that health monitoring will become more and more prevalent in a variety of ways. Cell-phone-based contact tracing will likely become common everywhere within short order. Many countries will perhaps follow Israel’s lead and write this into law.

Nothing will trump the widely held view that beating the virus is our top priority, and that if data can help us, then let’s use it. It wouldn’t be a surprise if soon, something as seemingly untouchable as HIPPA is amended as people anxious about sharing health-related data come to be regarded with suspicion. (This is a twist in the zeitgeist anticipated by Dave Eggers’ aforementioned novel The Circle.)

Most responsible, upstanding members of society will say, “Of course we should use technology to keep us safe.” At this moment in time it will be very hard to say we shouldn’t.

But with many examples of misuse and abuse of private personal data already in the public domain, with legislative efforts to prop up privacy either nascent or ineffective, and with businesses and governments insatiably hungry for more and more data, surveillance (whether practiced by businesses or governments) is a ticking time bomb that will cause incredible damage when - not if - it goes off.

When health, movement, and biometric data is used to not just see what we look at but also at how we physically, emotionally, and intellectually respond, and when attempts to manipulate those responses become the norm, as they surely will, a threshold into an entirely new world - a world that we were warned about, and which a generation or two ago seemed (to some) implausible - will have been crossed.

We are close to that threshold now. Our response to the virus will take us closer.

To paraphrase Bill Gates’s famous phrase, we may be overestimating short-term benefits and underestimating long-term costs. In the world we are entering, we may be healthy, but will we also be free?