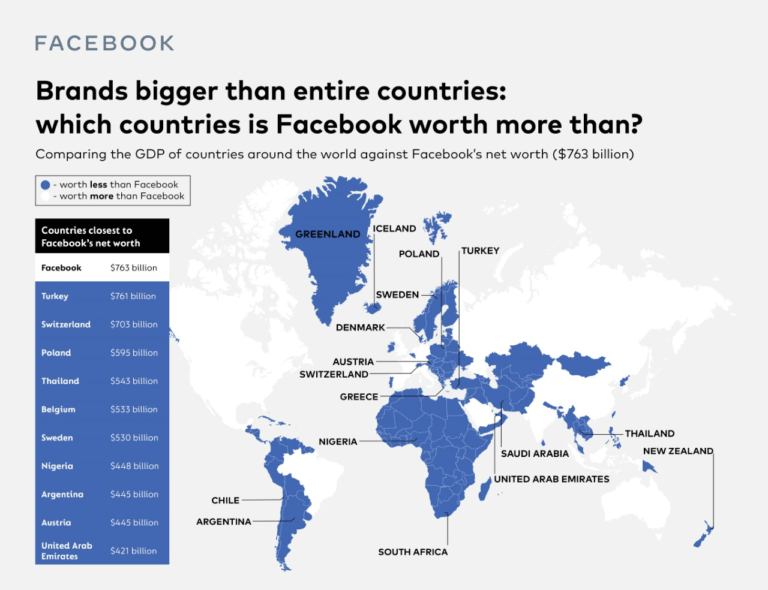 Facebook and other tech giants such as Apple, Google, and Microsoft are richer than most countries. 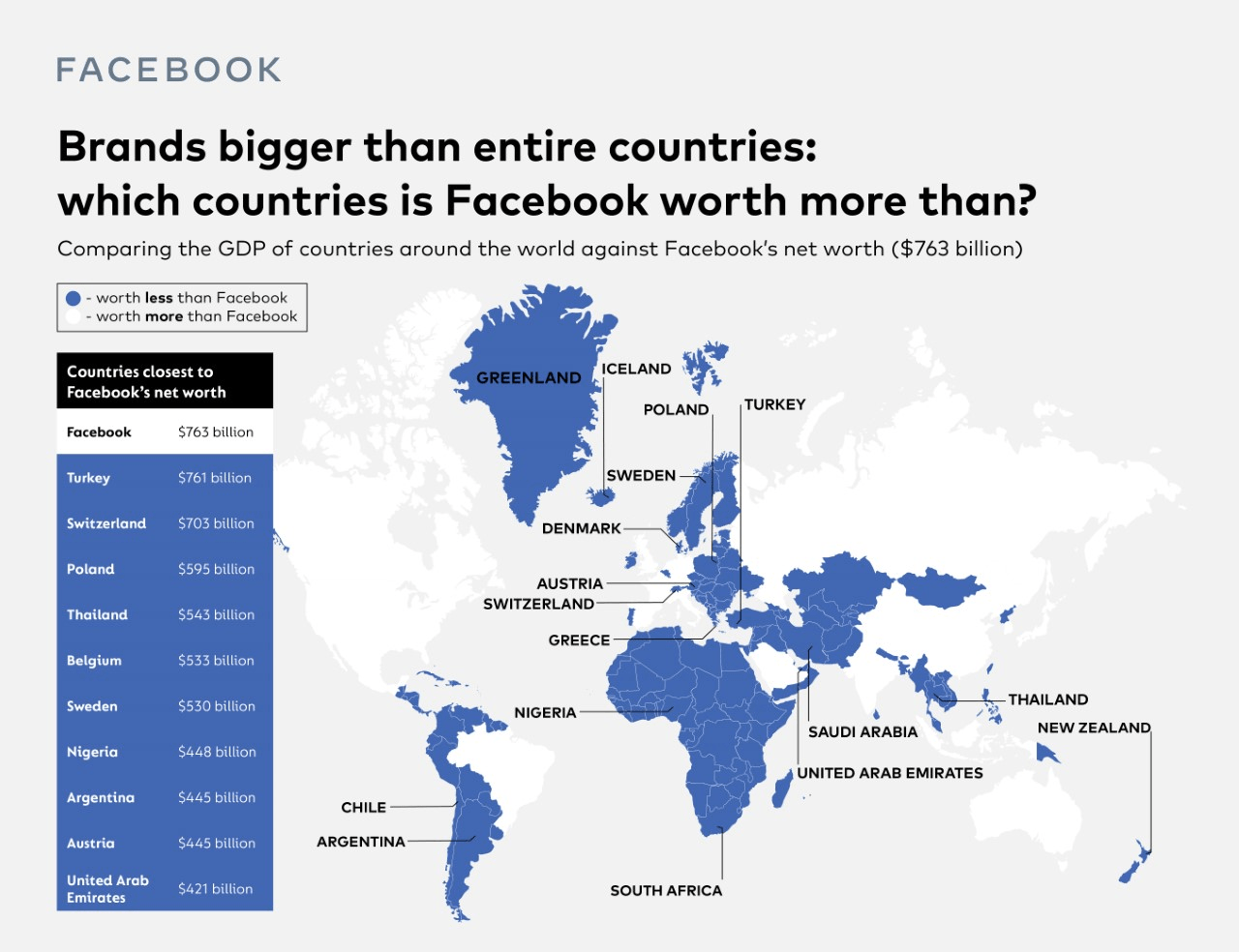 A new study by Clario Tech has analyzed which tech giants are wealthier than entire countries!

Social media giant, Facebook dominates global tech and has reached a colossal value of $763 billion. This study shows just how large these companies would be if they were recognised countries on Earth.

Apple Is Wealthier Than 96% Of The World 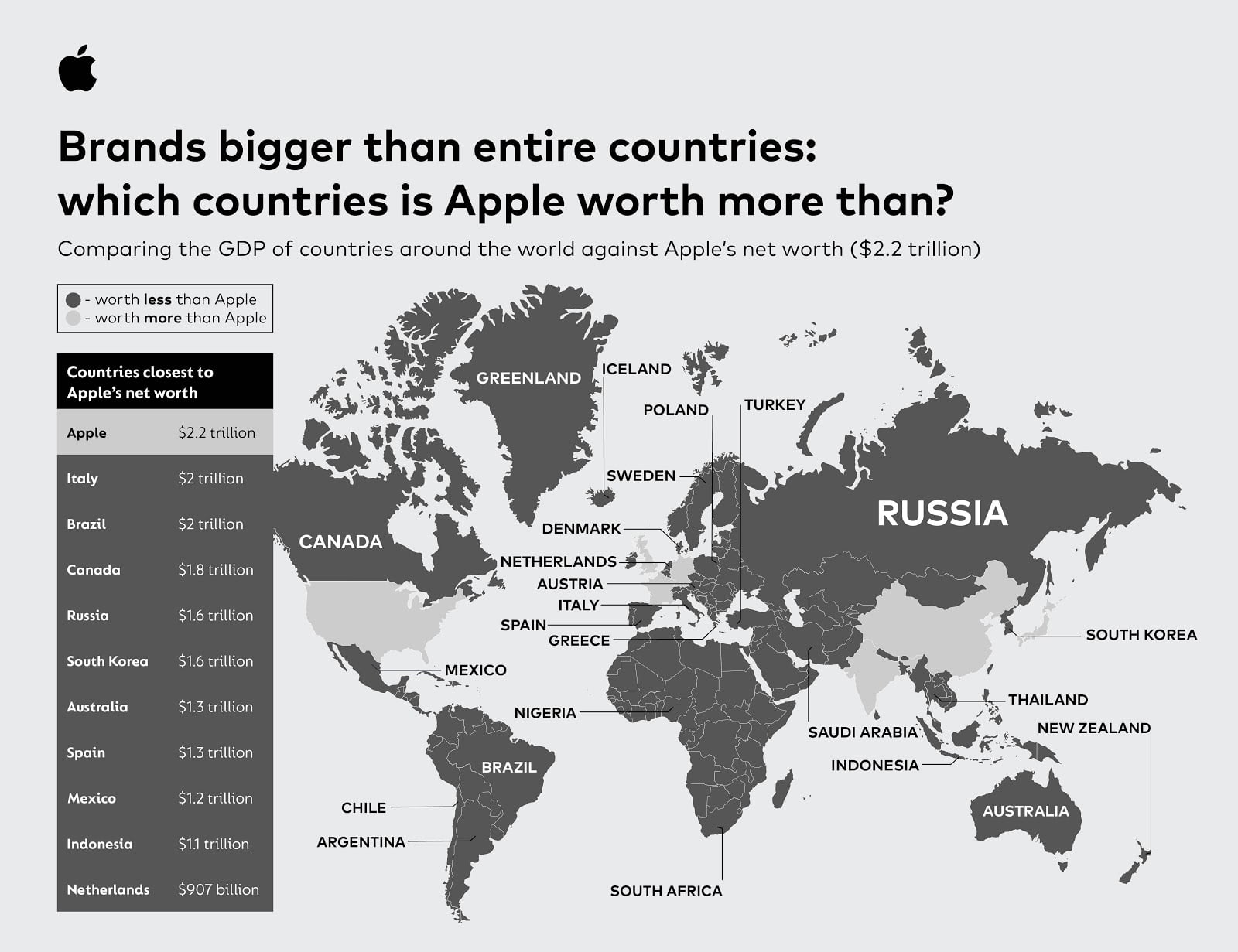 In 2018, Apple became the first company to surpass the trillion-dollar value mark - and has more than doubled its value since. Now worth a cool $2.2 trillion, compared to the wealth of countries’ worldwide - it would be the 8th richest country in the world.

Hitting this milestone means Apple is currently wealthier than Italy, Brazil and Canada in terms of GDP and ultimately would be richer than 96% of countries on Earth.

Microsoft Is As Wealthy As Canada And Russia 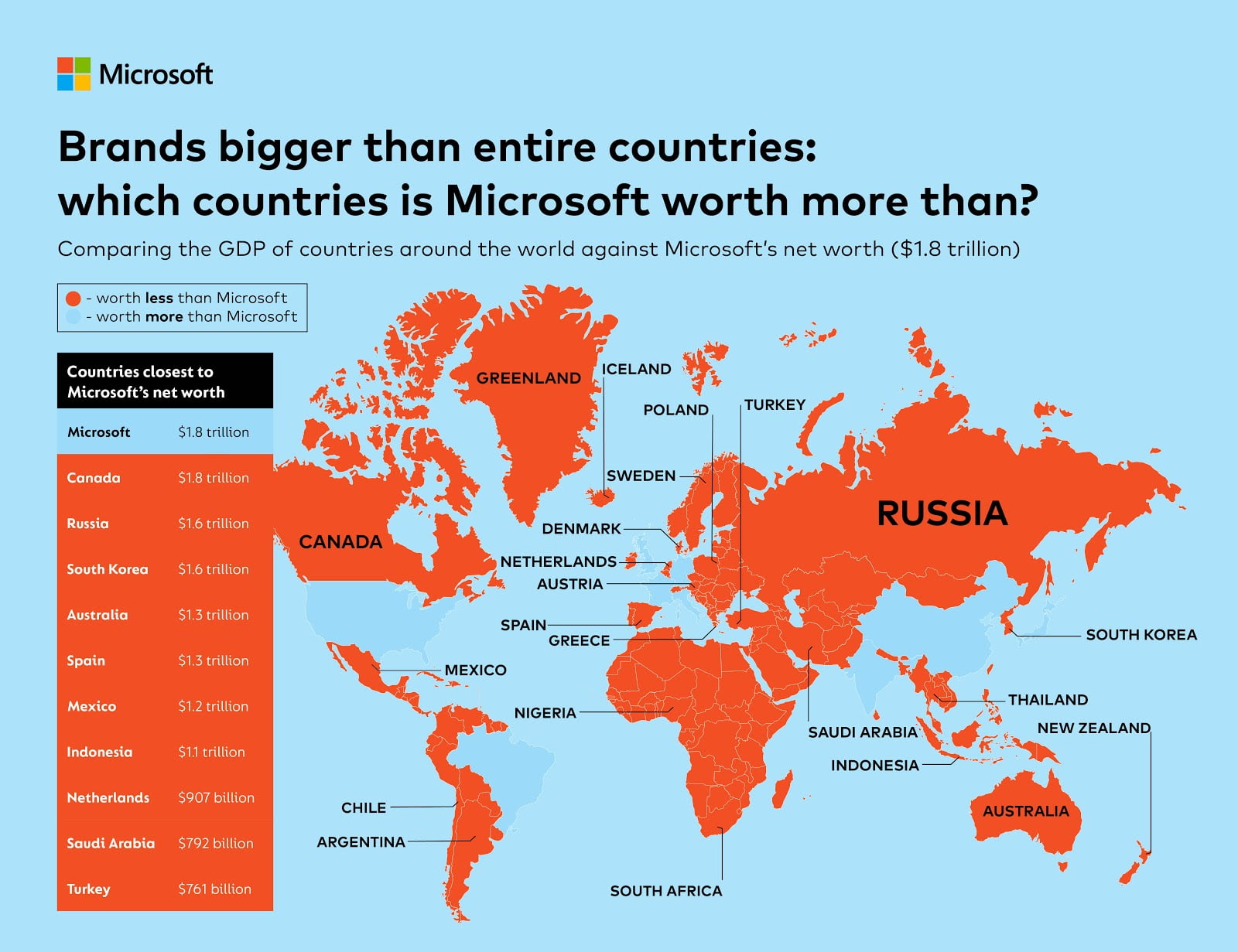 Microsoft has a market cap of $1.8 trillion which puts it as the 3rd wealthiest company on our list, and would be the 12th wealthiest country in the world overall should it be a country.

If Microsoft wants to be in with a chance of competing with tech rival Apple, they would still have to increase their value by $400 billion to go to catch up with their closest tech rival.

With it being the 3rd wealthiest company, Microsoft’s value is equal to Canada’s GDP making it wealthier than Russia, South Korea and Australia.

Looking at the total company revenue and the amount of staff employed by Microsoft; the revenue per head would be a whopping $873,910. Compared to the GDP per capita for Canada, which was $46,194 in 2019, Microsoft as a country would dwarf the GDP per capita and would be the highest of any country in the world - by a long shot.

With A Value Of $1.6 Trillion, Amazon Would Be The 14th Richest Country 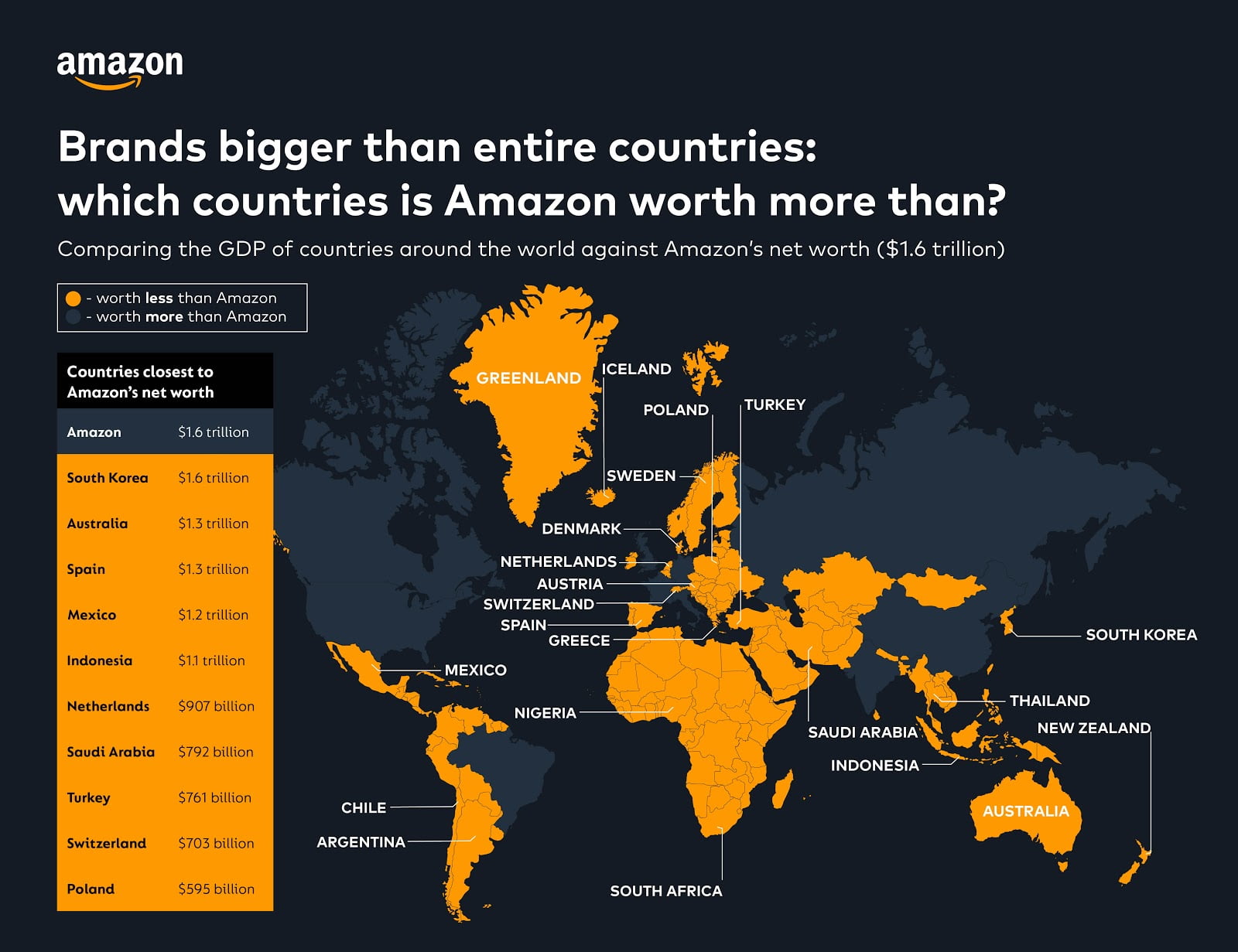 Whilst his position as the world’s richest man interchanges with Tesla founder, Elon Musk - the CEO of Amazon; Jeff Bezos has built a company now wealthier than 92% of the world’s countries.

With a market cap value of $1.6 trillion, it makes it on par with the whole of South Korea, a country with a population of 51.71 million people.

Looking at the total company revenue and the amount of staff employed by Amazon the revenue per head would be $351,531, more than any country in the world.

The e-commerce giant still has another $600 billion to go to catch up with Apple’s market cap, but its huge value still makes it richer than developed economies such as Mexico, Netherlands and Switzerland.

Countries v companies - our table shows where companies would sit in the global rankings.

The United States tops the table with a GDP of $21.4 trillion which makes it the biggest country in the world.

With a GDP so big, will any country be able to overtake America?

Apple has increased its market cap by more than 100% in two years, and as the frontrunner, it would have to keep increasing to be in with any chance of making up the $19.2 trillion needed to overtake the USA as the world’s wealthiest entity.

For more information, and additional maps such as Facebook; check out the full study here.

Clario Tech is a London-based cybersecurity company. It was founded in 2019 to disrupt the security software industry by securing people's digital lives with a human, customer-focussed approach to cybersecurity and act as a consumer champion, and owns existing brands such as Mackeeper which is a cleaning, security and performance tool for Mac.

We looked at countries' nominal GDP and compared these against the market capitalization value of the top companies in the world, allowing us to rank the companies alongside  the countries of the world. This would show us which companies would have a greater value than certain countries. Additionally, we worked out the GDP per capita by dividing the company value to employee ratio, giving us figures that were similar to a GDP per capita for a country. We also looked at company revenue as another talking point.