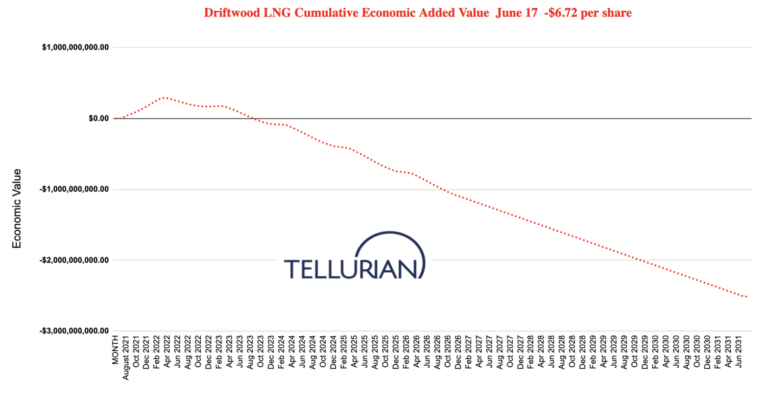 This management continues the smoke show while being incapable to commit Tellurian Inc (NASDAQ:TELL) in a EPC final decision on Driftwood LNG.

They want us to leave them alone but their version of Tellurian building Driftwood is untrue.

Its Management plays investors. It does not do real things but talks to raise money.

Now it wants to raise $200M. It’s 18 months of money showers. A recent SEC filing seen by the Driftwood 22 Disclosure Project  indicates Tellurian’s intentions to raise up to $200M with Raymond James & Associates. “Moving rock piles from one place to another”.

A deal with French supermajor TotalEnergies SE that would have injected up to $700 million into Tellurian Inc.’s planned Driftwood liquefied natural gas (LNG) export facility in Louisiana has fallen through after the project developer failed to meet a key deadline for sanctioning the project.

In a filing with the U.S. Securities and Exchange Commission, Tellurian said Monday its agreements with TotalEnergies had been canceled because they were “not consistent” with the commercial agreements that Driftwood had signed with other parties.

The latest news marked another setback for Houston-based Tellurian. The company cut back on staff last year amid a weak LNG market made worse by the pandemic. It also saw a key deal with India’s Petronet fall through, and it dropped at least two big pipelines from its Driftwood scheme.

Tellurian has since retooled its marketing model. It is now offering 10-year contracts indexed to the Asian Japan-Korea Marker and European Title Transfer Facility benchmarks. With the LNG market strengthening, the company in recent months has signed deals with traders Vitol Inc. and Gunvor Group Ltd.

The company had previously targeted 2021 for an FID on Driftwood. CEO Octávio Simões told NGI in April that Tellurian expected to move forward as early as the end of this year.

Tellurian plans to supply the Driftwood facility with Haynesville Shale natural gas. It also has been on the hunt for acreage in the region to source supply.

The company recently unveiled plans to build a 37-mile pipeline to transport gas to the Lake Charles, LA, area and its facility. Tellurian has requested Federal Energy Regulatory Commission approval by the end of 2022. Service could begin in 2024.

On Total And The Tellurian Boondogle

Total’s cash injection into Tellurian made the people believe in the project. Tellurian poached employees with 2X–3X base salary, the staff left Cheniere Marketing in droves to join Tellurian ship. Can Tellurian at point replicate Cheniere, even the more reluctant ones thought it was their best odds. Millions were spent giving everyone the impression that Charif El Souki had the moxy, money showers, and that’s truly the genius of one man.

But the people he hired then realized they came to fix the mistakes. (who does not) In their early weeks at Tellurian they all seized up some of the situation and months after some started to regret the move. Inside nephews or boss connections are hired for unknown or obscure functions creating a malaise… Wife of an executive gets a contract, same for the princeling. Something ain’t right.

The ship has too many sinking holes while they’ve been achieving real things at Chevron/Conoco they can’t objectively say the same about Tellurian. Someone ain’t right with how the contracts and the Driftwood FID (Final investment decision) were conducted, and now they are being told “they are the problem“.

In this situation people with honor do quit. They realized it’s not worth it.

A combination of Somebody/Something is the problem. Let’s explore more of it.

First their FID (2016) was always surfacey from the early beginnings. Tellurian is never, NEVER at $1040/MTPA. Didn’t the metal price construction costs rise since 2016′ ? Everyone should look into the Driftwood 2016 FID for what they budget at what cost. Steel was around $1.45/kg in 2016 and now it’s around $2.5-3.0/kg (> 50%). In a recent presentation update Tellurian thinks the FID cost is up 3% in 2021. We find discrepancies in the inputs and assumptions that they use to sell the project.

For example the $3.50/mmbtu they choose for the investor presentations doesn’t adequately represent their total full cost. The balance of plant cost is 1.5X of Main Plant Cost. BOP includes gas pipeline cost also but their equity model compels to invest on overall project TIC. 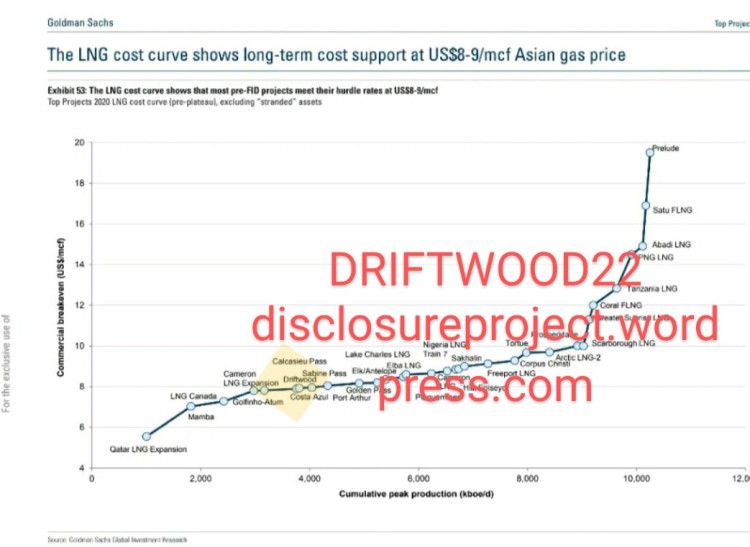 Numbers, Est. pitched in the company presentations are expressly kept vague. They work only on the non-commercial people world aka ‘investors’ and just raise more questions than answers from the commercials about Tellurian.

TOTALEnergies did its job. It ran LNG curves with an economic analysis of the Driftwood (2016), then it started doing risk-management because of a conflict between the commercial and the equity-holder residual value*.

TotalEnergies has rightfully terminated its financial participation Driftwood LNG. They determined that there was no arbitrage (Henry Hub /Asia) after the full capex/variable costs in 2022-2030.

It is a slap in the face of the Soukis but not so when you understand the real-economics underpinning TELLURIAN. 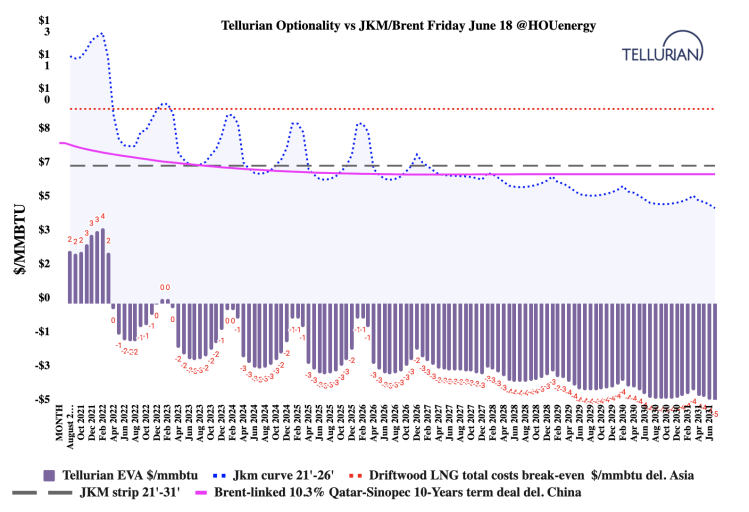 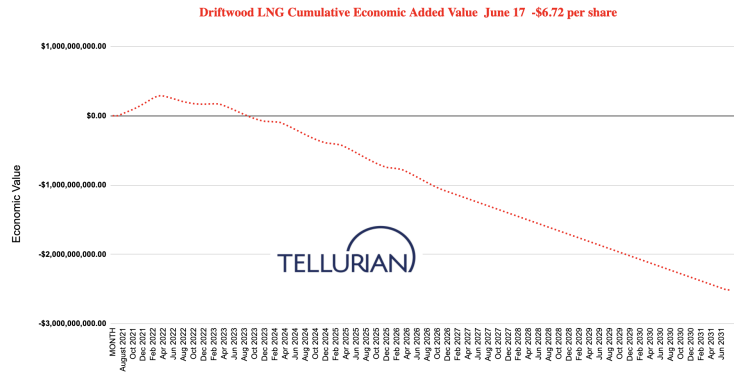 Article by The Driftwood 22 DISCLOSURE Project

The author may have short position in stock.