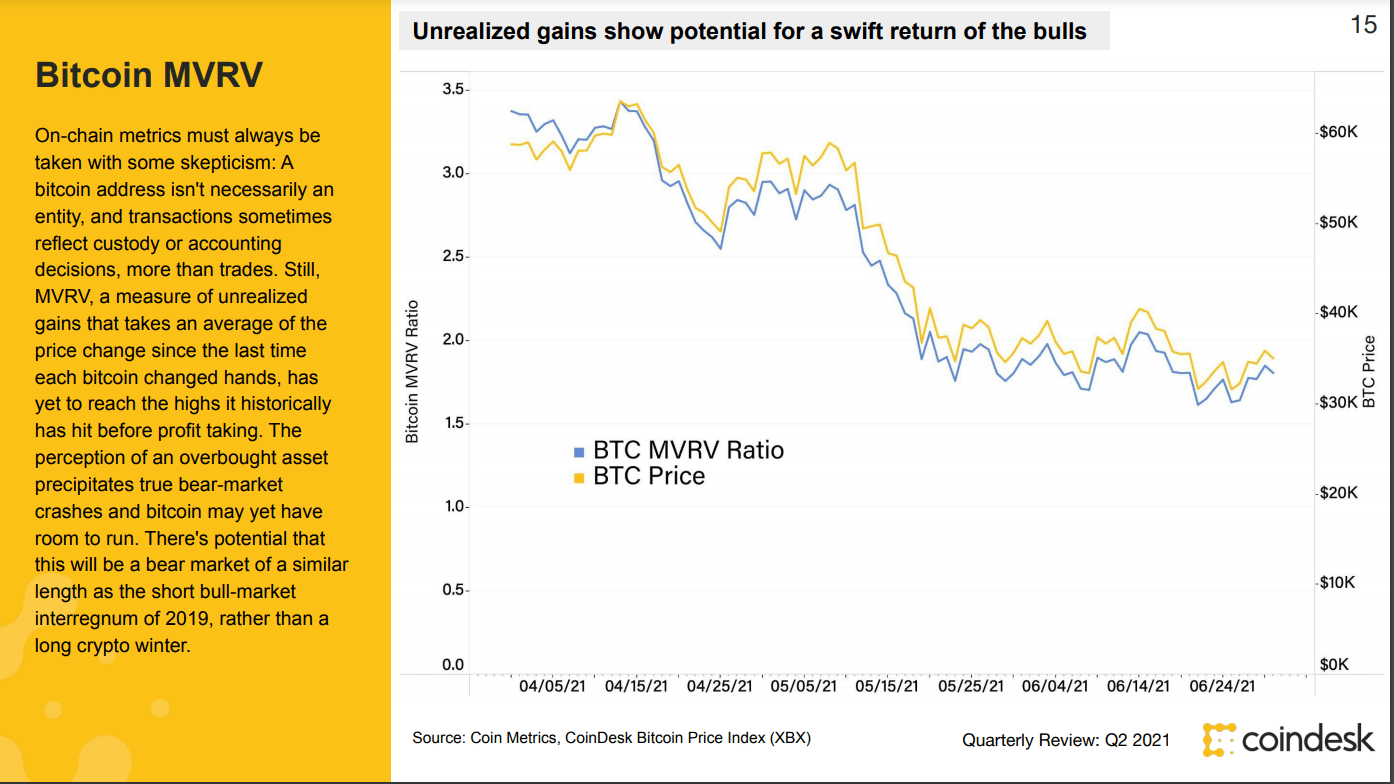 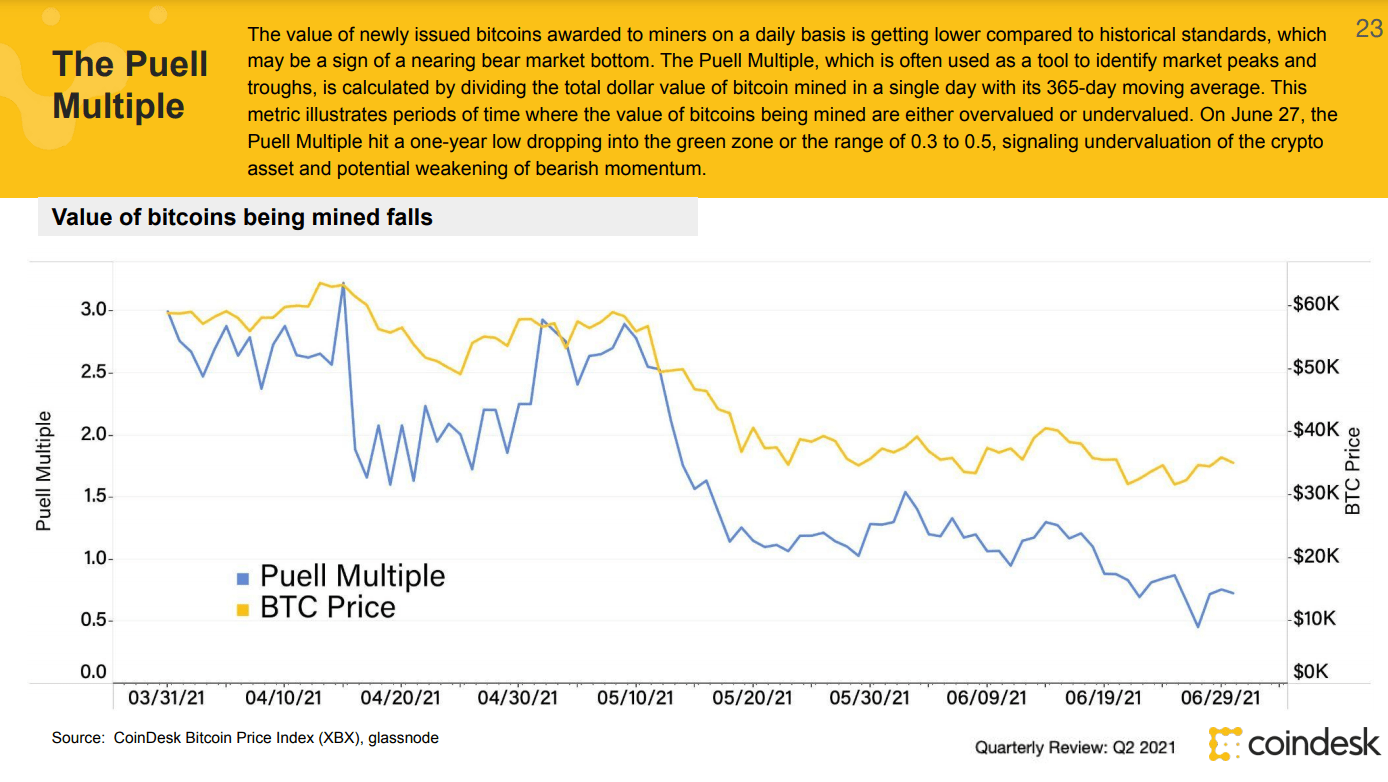 After two consecutive quarters of strong price gains for most of the assets in the CoinDesk 20, 2021 Q2 finally brought an end to market euphoria with a resounding crash. Most CoinDesk 20 assets, which constitute roughly 99% of the crypto market by verifiable volume, ended 2021 Q2 with negative returns. The CoinDesk Bitcoin Price Index (XBX) dropped 40.38%, its third worst quarter ever in terms of price performance. The CoinDesk Ether Price Index (ETX), on the other hand, finished the quarter up 18.69%.

As prices swung, trade volumes soared. In May, weekly volumes in dollar markets for bitcoin and ether reached record highs and for the first time ever, volumes in ether-dollar pairs consistently ranked higher than those in bitcoin pairs.

The Decentralized Finance (DeFi) ecosystem being built atop Ethereum continues to grow under bearish market conditions. The total value locked in DeFi, adjusted so that asset prices are fixed over a one year period, has more than doubled. As a side consequence of this growth in assets under management, miners on Ethereum are experiencing a surge in new revenue, based on their ability to order transactions within a block.

Both Ethereum and Bitcoin are expected to undergo significant protocol-level code changes later this year. On Ethereum, developers are in the final stages of testing Ethereum Improvement Proposal (EIP 1559), which is expected to improve the efficiency of the network’s fee market. On Bitcoin, developers have gathered general consensus for Taproot, an upgrade aimed at boosting network privacy and security through introducing a new transaction signature scheme. Taproot is moving forward after Bitcoin miners signaled approval through their computational power, also called hashrate.

Bitcoin's hashrate became the center of public scrutiny and debate this quarter after Tesla CEO Elon Musk announced his company would suspend bitcoin payments over environmental concerns, leading to the formation of a new industry cooperative called the Bitcoin Mining Council (BMC).

In this Quarterly Review, we dive deeper into the creation of the BMC, the continued growth of the DeFi ecosystem and the beginnings of what looks like a short bear-market interregnum.