Manufacturing serves an important and critical role today in the U.S. economy. From industrial products to consumer goods, and from automobiles to aircraft, the U.S. manufacturing sector is diverse and continues to develop and evolve.

There are 12.8 million manufacturing jobs in the U.S., which is an increase from 12.3 in 2015. Manufacturing output was $2.4 trillion and the industry accounted for approximately 11 percent of GDP.

Many manufacturing plants closed during the pandemic, which stopped the production of various industrial products and consumer goods. The pandemic had an effect on the industry and because of the various types of products, each one was affected differently. Now that the economy has opened up again, the industry is thriving in some states more than others.

The U.S. Cities With A Thriving Manufacturing Economy

AdvisorSmith, a leading resource for small business and economic content, released the second iteration of their study to find the top 10 small, midsize, and large cities in the U.S. with a thriving manufacturing economy in 2021. 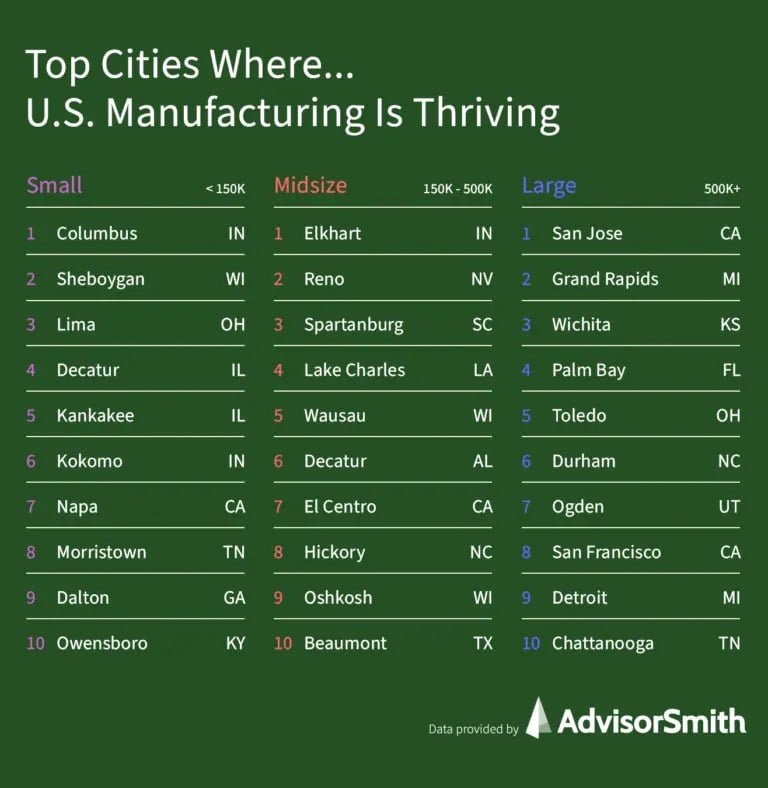 The top small, midsize, and large cities were Columbus, IN; Elkhart, IN; and San Jose, CA.