New research by Raisin UK has found that it costs £174,290.48 to support a child into adulthood. 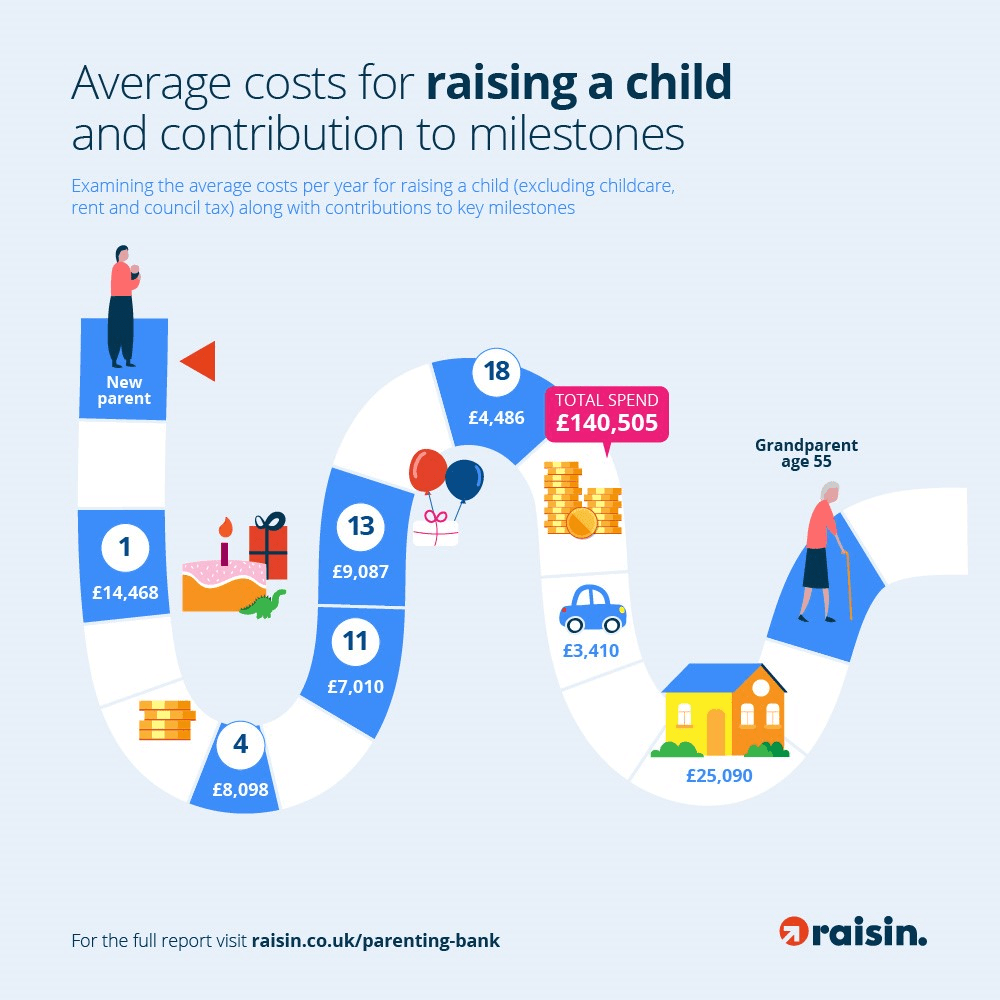 However, the costs of raising children doesn't just fall onto parents, but is increasingly involving grandparent's finances, too.

From graduation and weddings to buying a first car or their first house, the cost of being a parent really never stops aged 18. So how much do parents and grandparents collectively spend together raising children?

But, as children stay at home longer than post 18, return home from university and move back home to reduce costs whilst saving for a house deposit, the true cost can be much higher.

From childcare, taxes and housing costs to higher education, the cost of creating a family is indeed an expensive one. Using research from ONS the average British home spends around £2,458 a month or £29,496 a year keeping a roof over their heads, transport as well as feeding and clothing their family.

11- 13 Years Old Is The Most Expensive Age For Parents 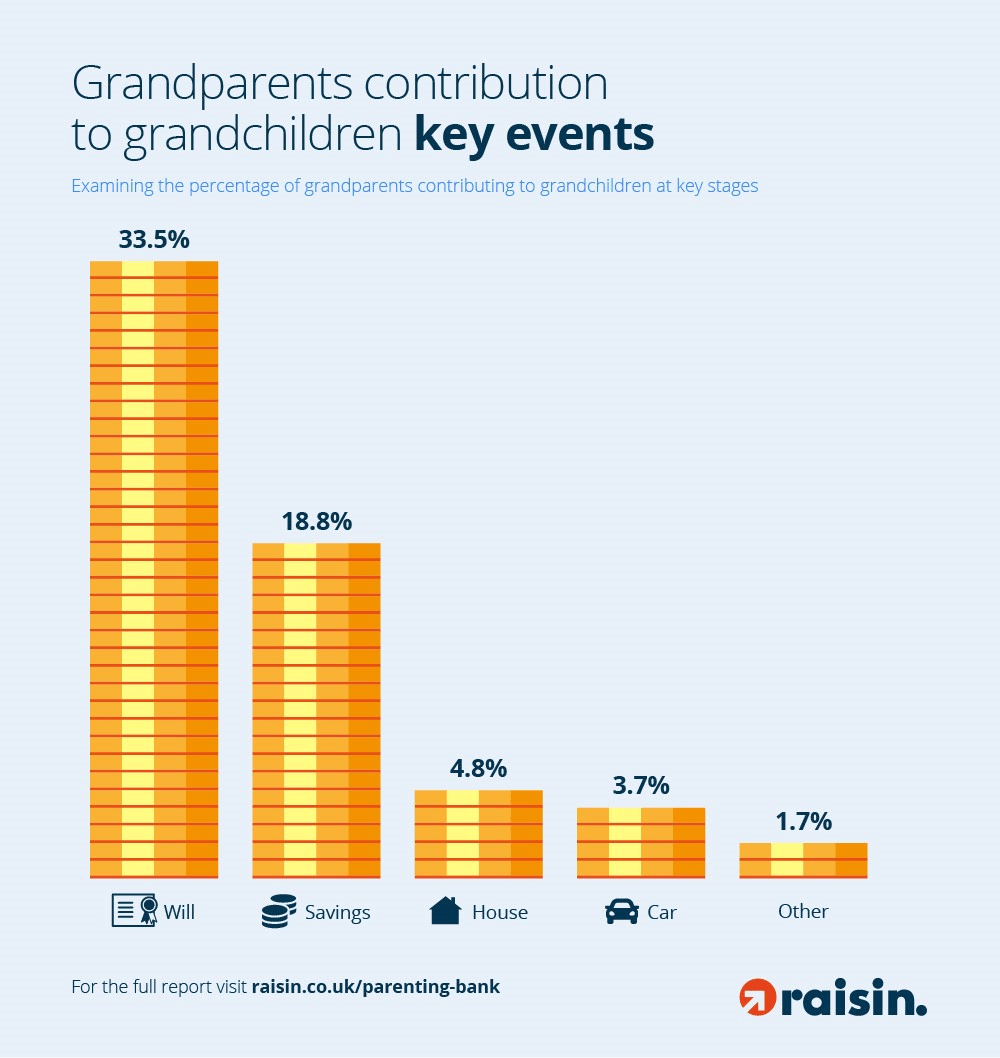 With 11 - 13 as the most expensive age, we can speculate that as a high period of growth and change for the child it correlates with an increased need for finances. Their spurt of independence and development of their own interests needing more disposable income, affecting the child, as well as the parents.

Grandparents Are Paying Up To £5,000 PER Child 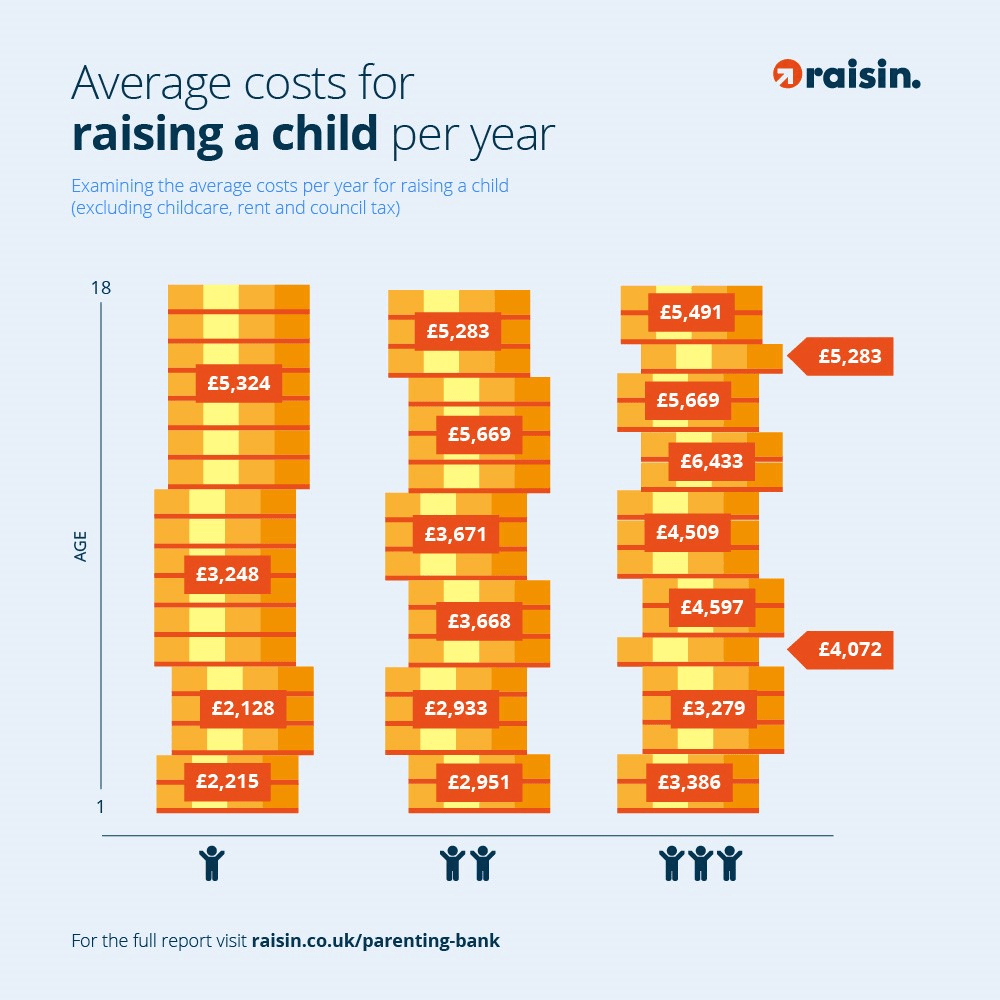 Grandparents are found to be spending on average £4,676.94 on each grandchild supporting them before adulthood, but it doesn't stop there. More and more often, we are finding that grandparents finances are a crucial key part in order for grandchildren to be able to hit those major financial milestones.

The data also found that: 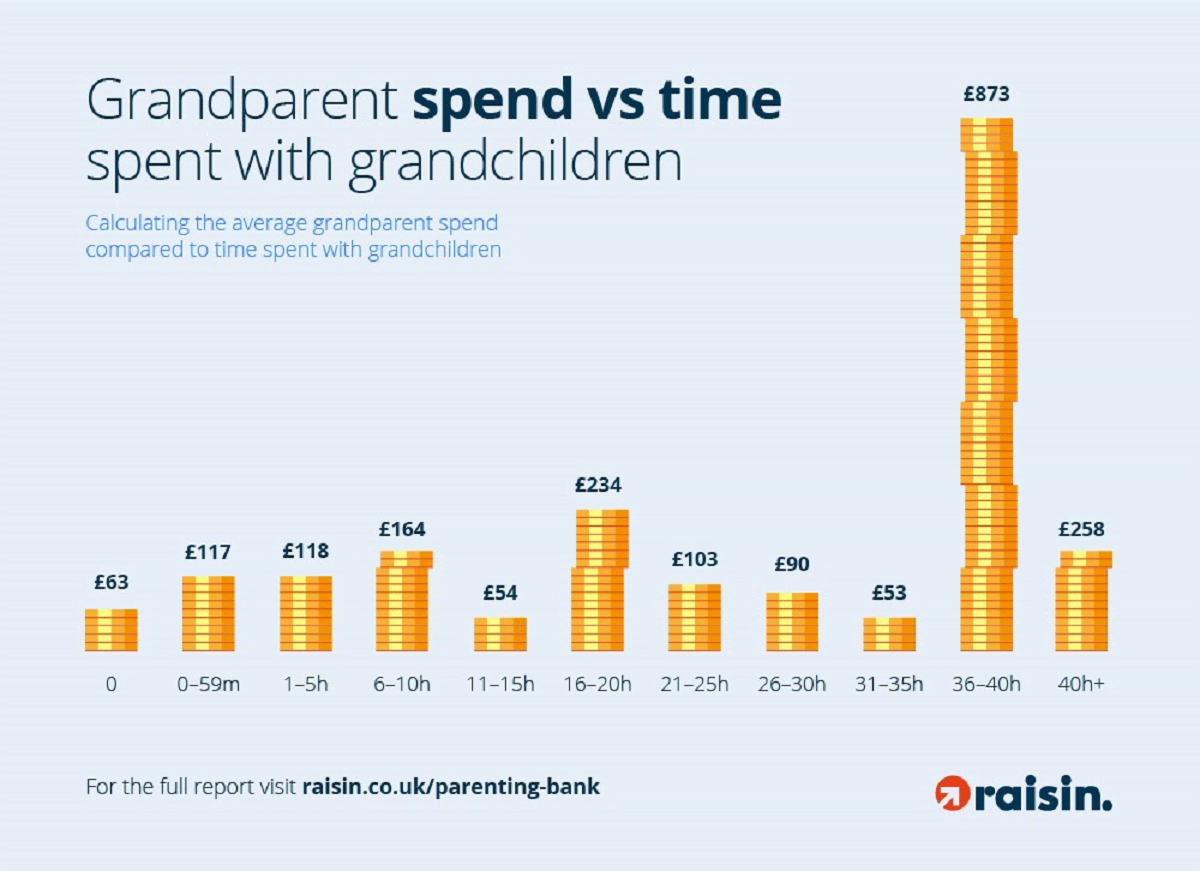 The study also revealed that the less time grandparents spend with their grandchildren, then the less they are likely to contribute financially, causing a correlation between absence and decreased spend.

It was found that grandparents who were spending between 36-40 hours a month with their grandchildren were spending £873.41 a year per grandchild, a huge +1285% increase from those who never spend time with them. This could be because parents are back in work full time, therefore possibly being the primary care support network and reliable childcare provider.

You can view the full study here.

Raisin UK is the UK operation of Raisin GmbH. A trailblazer for open banking and the leading pan-European one-stop-shop for online savings and investments, Berlin-based fintech Raisin was founded in 2012.

Raisin GmbH is a Berlin-based fintech innovator that has quickly grown to become one of the largest financial technology companies in Europe. Since launch, Raisin has brokered 23 billion EUR for more than 260,000 customers in 31 European countries and 92 partner banks. Raisin was named to Europe’s top five fintech by the renowned FinTech50 awards and is backed by prestigious European and American investors such as PayPal, Goldman Sacs, Thrive Capital, Orange Digital Ventures, Index Ventures and Ribbit Capital.

Raisin UK co-founder, Kevin Mountford, who brings over 25 years of experience in the sector and a track record from companies such as MoneySupermarket.com and Halifax Bank of Scotland, is overseeing Raisin’s rapid growth within the UK.

Raisin UK’s partner banks and products can be found on the website’s savings marketplace https://www.raisin.co.uk/marketplace.