Pursuing higher education can be a significant benefit as it allows people to increase their knowledge, skills, and a positive economic future. It is both a time and financial investment as students spend years pursuing a degree, and the cost of attending a university is very high.

The United States has some of the most expensive colleges and universities in the world. Many Americans take out federal student loans and repay them once they graduate and enter the workforce to pay for higher education.

While student loans are the most common way students use to finance their education, it can be an ongoing burden for graduates after completing their degrees. The amount of money borrowed and the percentage of people who borrow and have an outstanding balance varies between states.

States That Have The Highest Student Loan Debts

AdvisorSmith, a leading resource for small business, economic, and insurance content, released its newest study that found which states have the highest student loan debts. 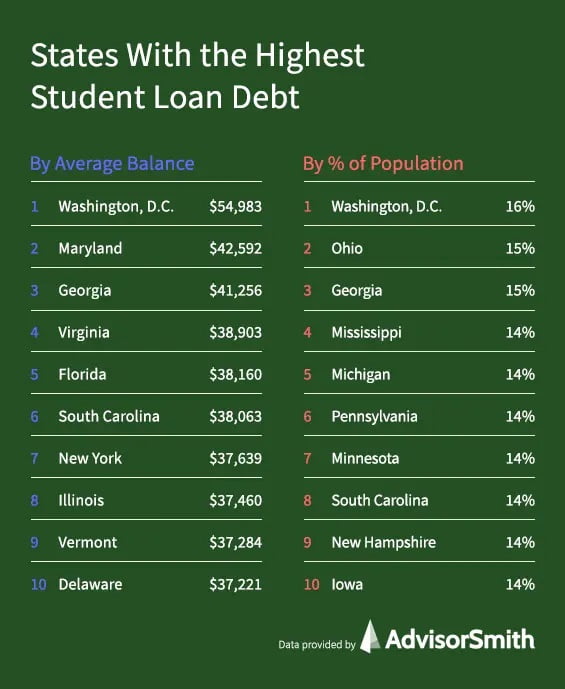 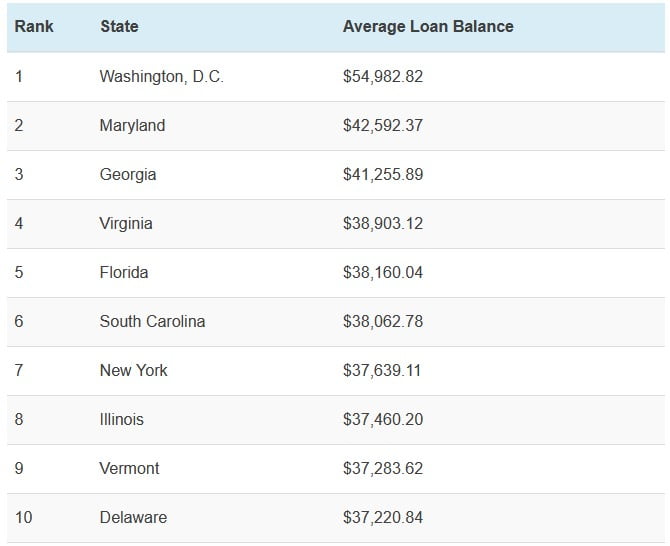 States With The Highest Student Debt

At the end of 2020, the average student loan debt held in the federal student loan portfolio was $36,510 per borrower. There were 42.9 million borrowers, which is approximately 13 percent of the total U.S. population.

Washington DC was the location with the highest student loan debt at $54,982.82. The District of Columbia again was also the location where the largest percentage (16 percent) of the population has an outstanding federal student loan.

States With The Lowest Student Debt

Hawaii was the state with the least student loans, where only 8 percent of the population has an outstanding federal student loan. The average loan balance in Hawaii is $35,803, and the state ranked number 19 for the highest loan balances.

AdvisorSmith has the loan balances and the percentage of borrowers with loans outstanding for all 50 states in their study. 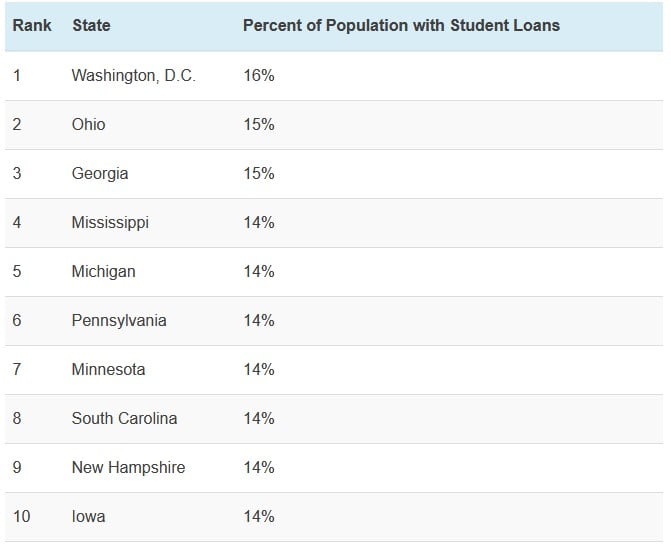