Volatility has increased dramatically in the market, causing an equity rally after the fastest bear market ever. The S&P 500 and Dow Jones Industrial Average have been swinging wildly day by day, sometimes without obvious reasons for the move. Some think the bear market was over or will be over soon, but not everyone is convinced. Now another firm argues that an equity rally is coming soon.

In a report late last week, JPMorgan strategist Nikolaos Panigirtzoglou and team noted that the world's central banks are injecting a lot of liquidity into the markets. In fact, they expect the liquidity injections to be "big and persistent, perhaps comparable to those seen post the Lehman crisis."

They do see some differences between the coronavirus pandemic and the Lehman crisis. The key difference is that the nature of the COVID-19 shock is temporary, which they believe will cause a more V-shaped recovery in the coming quarters.

However, the main similarities between the two crises is the level of central bank involvement. The world's central banks and governments will boost their balance sheets dramatically in an attempt to prevent stress within the financial markets from worsening the economic shock. They're also trying to smooth out households' and small businesses' cash flows during the significant disruptions.

They explained that these actions have two implications. The first is the liquidity injection that's underway, which is similar to what happened after Lehman Brothers collapsed. The second is that they expect the central bank expansions and liquidity injections to last quite a long time.

They believe the type of fiscal and monetary cooperation that will be needed is similar to what has been seen in Japan. Such cooperation will keep government debt sustainable in the long term.

The JPMorgan team note that it's difficult to gauge just how much liquidity will be injected via various programs and backstops. They explained that the total size of it will depend on how serious the disruptions are to income and cash flow. It will also depend on how much stress the financial markets experience, especially the funding and credit markets.

Due to the size of the disruption and the amount of stress that's been experienced so far, they believe it's reasonable to assume that central banks will repeat what they did following the Lehman crisis. The Federal Reserve, European Central Bank, Bank of Japan and Bank of England all expanded their balance sheets by about 60% within the year after the crisis.

As the central banks inject liquidity into the financial system, it will also increase liquidity in a broader sense. As a result, non-bank investors will end up being very overweight cash, just as they were following the Lehman Brothers crisis. The JPMorgan team explained that the cash overweight was unwound through a major equity market rally alongside strong bond issuance.

As cash yields fall to zero and remain there, they said equities would have to rally 20% just to maintain the current equity market ratio versus cash. The Fed and other central banks have announced unlimited quantitative easing, which means equity allocations probably won't be boosted by falling bond allocations and a rise in bond yields. The JPMorgan team expects government bond yields to remain low for the foreseeable future.

They also said the equity rally could be as much as 30% due to their assumptions and calculations just to normalize the implied equity allocation back to its post-Lehman period average. 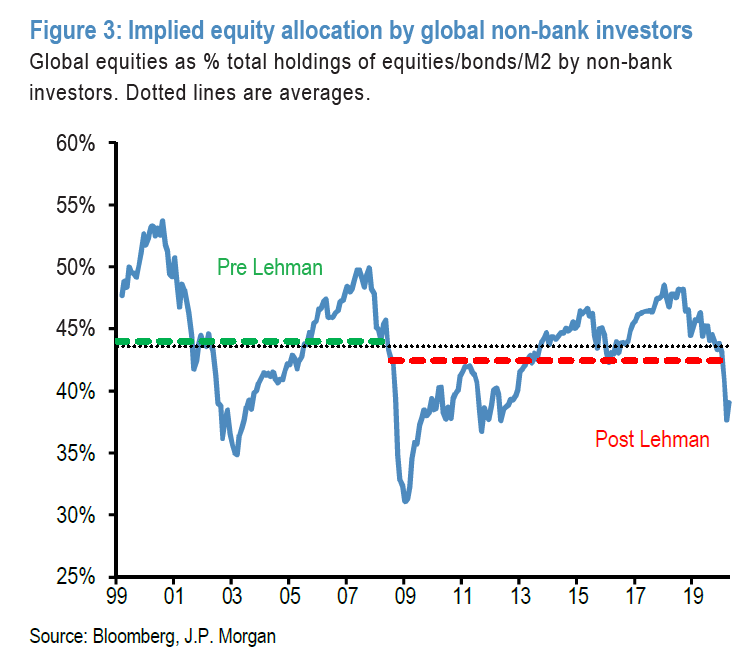 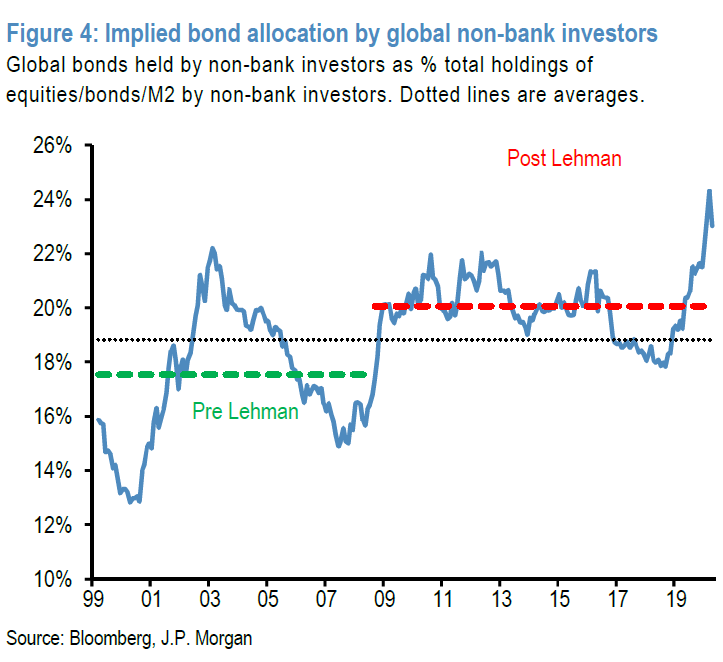 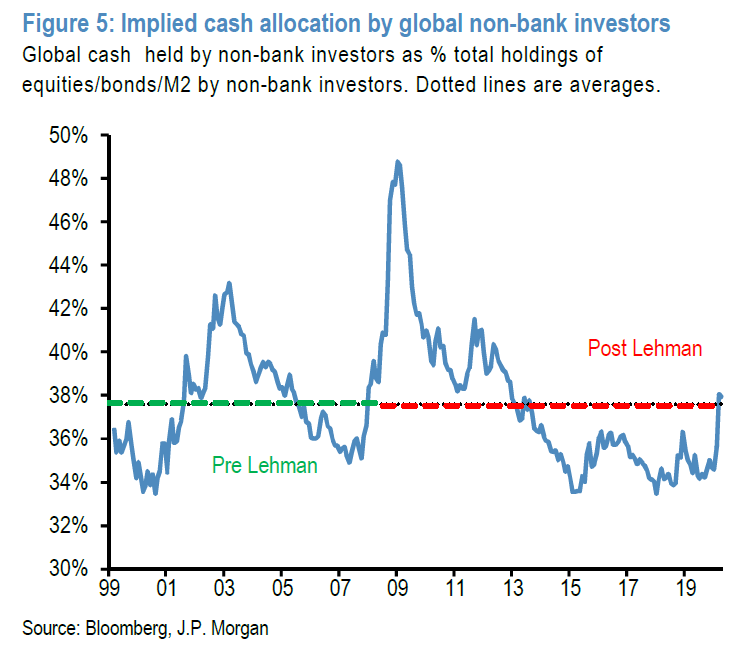 The JPMorgan team also said that in their conversations with client, they have detected "widespread skepticism and bearish sentiment among equity investors." Thus, the equity rally has frustrated investors who are mostly bearish. They said CTAs and other momentum traders are bearishly positioned. Based on their momentum signal framework, positioning is still negative even though it has been rebounding. 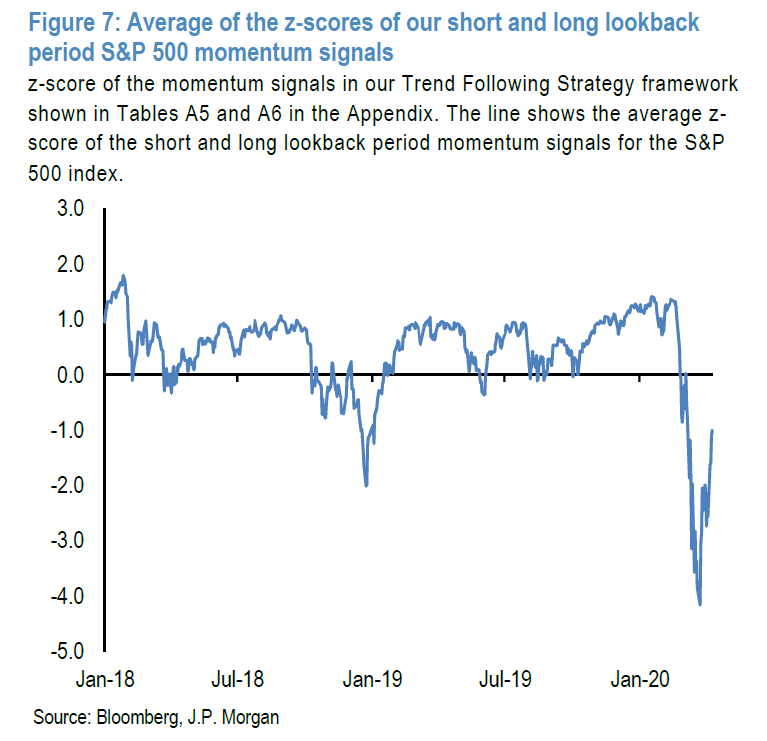 This means CTAs are still losing money on their short positions. They also noted that CTA hedge fund performance has been inversely correlated with S&P 500 performance. They estimate that the S&P would have to rise to about 2,900 for momentum traders' equity shorts to be covered completely.

They add that short positions in both the equity and high-yield credit spaces are still in the early stages, so there is more room for short covering to support the equity rally.