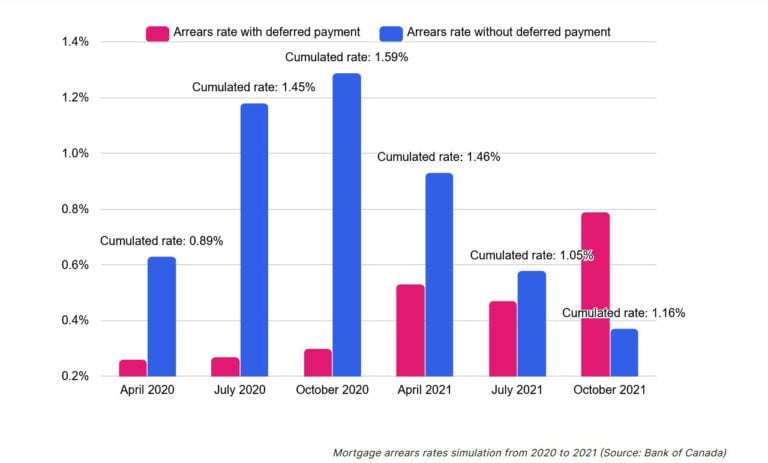 Who could have imagined that the Covid-19 pandemic would have lasted so long at the beginning of March 2020? Probably nobody, nor in Europe neither in North America. One year later, the sanitary crisis is still on, turning into an unprecedented world economic crisis whose effects may last several years. Even if Canada has one of the strongest economies in the world, the country could not avoid the dramatic impact of the Covid-19 pandemic, although it has been better managed than in the neighbouring United States. At the end of 2020, the national unemployment rate passed 10%, even reaching 15% in some parts of the country, like in the Ontarian city of Peterborough. 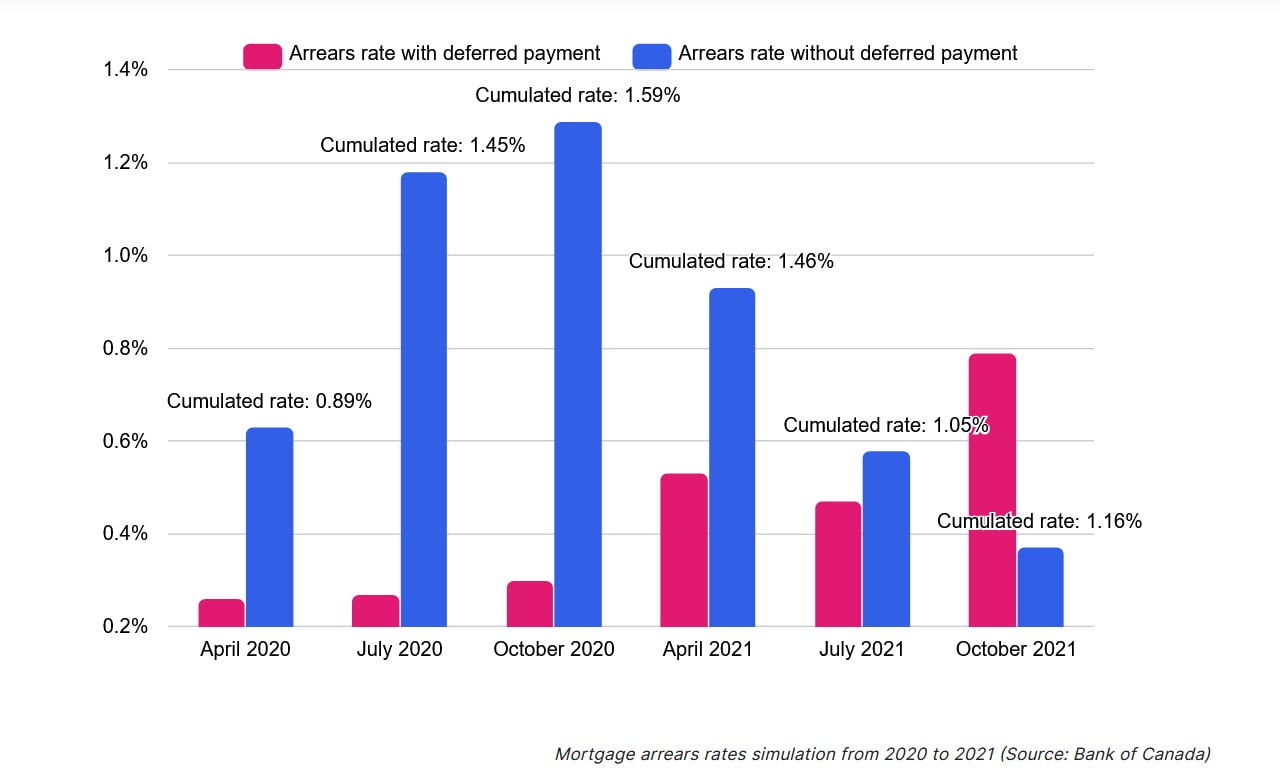 The Impact Of The Pandemic On Canadian Households' Finances

Since the beginning of 2021, the indicators are slowly turning to green. The unemployment rate is progressively going down in all the Canadian provinces, and signs of recovery are being observed in all the economic sectors. However, the Canadian households have had to endure almost a year of hard circumstances that have durably affected their stability. In addition to the people who lost their jobs, millions of Canadians were put on furlough. A great majority of autonomous workers had to stop their activities due to the overall economy slowing down. As a matter of fact, millions of households had to deal with a net loss in their revenues, a situation that now brings major concerns in the short and long term.

Indeed, the financial stability of those millions of Canadian households that suffered the crisis are more than ever in great jeopardy. If people could resist this Covid year thanks to some savings that they had accumulated, it is obvious that this security net will not be sufficient forever. This is quite a delicate matter in a country where almost 73% of the households had declared to be in debt before the crisis (in 2019). The Canadian economy’s growth, as in many other countries of the Western world, has been possible in the past decades thanks to the indebtedness of its population. As an illustration, in 2019, the average debt ratio of the Canadian households was about 175% overall.

Therewith, one in six Canadians were thinking in 2019 that they had difficulties to manage their finances, revealed a survey conducted by the Canadian government at that time. With 40% of the national households currently having a mortgage loan to finance their home for an average 262,000 $ still to be reimbursed, it is easy to understand that some in the government and in the private sector are fearing catastrophic consequences of the pandemic. What will happen if thousands of households are incapable of reimbursing their loans in the coming months ? Everyone bears in mind the nightmare that has surged out of the subprime crisis in 2007, and its dramatic impacts that took years to be erased. Needless to recall that massive defaults of payments within the indebted population would be disastrous for the financial sector. 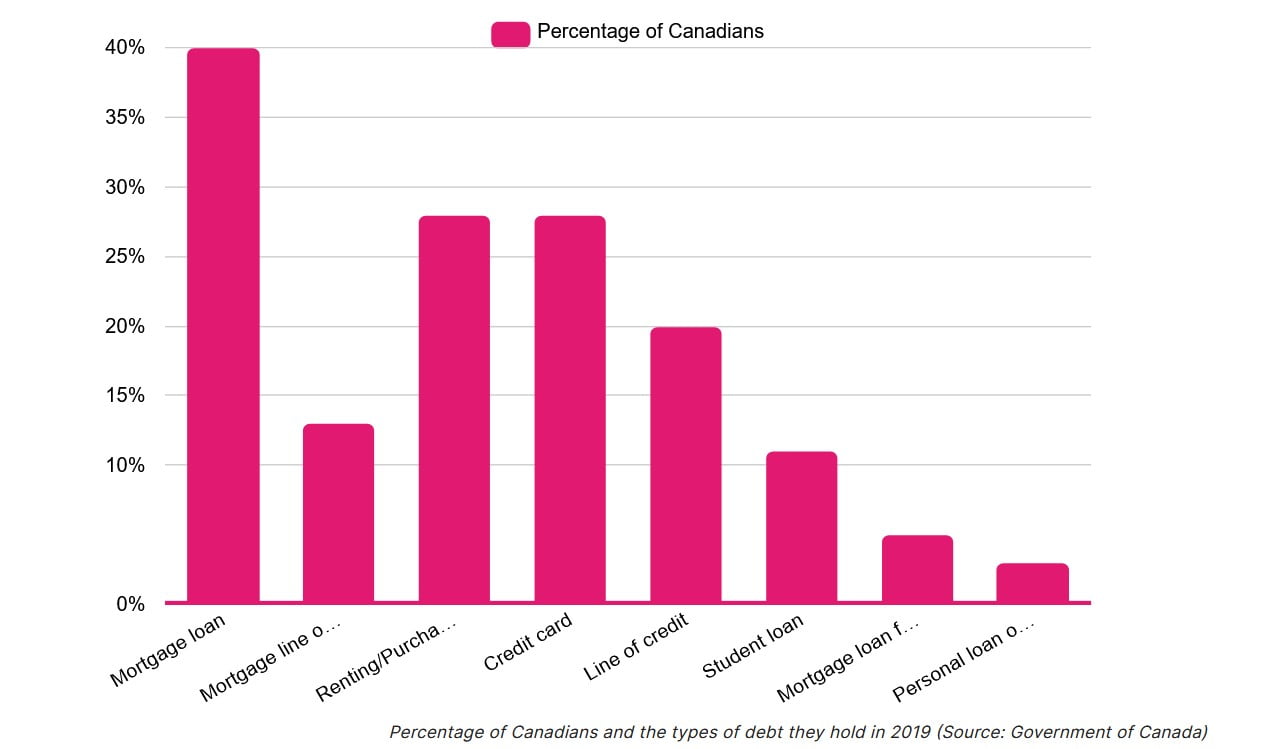 Everything Sinks As The Financial Sector Falls

And history tells us that when the financial sector falls, everything sinks with it. Facing this dangerous risk, the financial institutions have already taken measures to avoid such a chaos. Indeed, all the great Canadian banks have given to their clients that have a mortgage loan the possibility to defer payment up to six months. As a consequence, the arrears rate with deferred payments has slowly gone up since the beginning of the crisis, from 0.26% in April 2020 to an estimated 0.53% in April 2021, say numbers released by the Bank of Canada. This same organization estimates that this rate will even go up to 0.79% in October 2021, a proof that the indebtedness concerns are still upon us.

When including arrears with non-deferred payments, the numbers are even more striking. Indeed, the global arrears rate was about 0.89% in April 2020 in Canada, and went up to a 1.59% level in October 2020, a level that has almost never been seen in the Canadian financial records. However, the Bank of Canada estimates that this global arrears rate will decrease all along 2021, to go down to 1.05% in October 2021. We should therefore not be back at the pre-Covid levels before 2022 or even in 2023. Nevertheless, those numbers from the Bank of Canada are quite encouraging, with an optimistic scenario concerning the ability of the Canadian households to reimburse their loans.

If this scenario turns to be real, the fear of massive payment defaults could already be considered as science fiction. However, one may wonder how the Canadian households can resist the actual situation when a significant part of them has had to deal with net revenues losses. The answer is to be found in a number of safeguards that have protected the Canadian families against the risk of a payment default. First, as we told before, the financial institutions have reacted fast, deferring payments up to six months for the most affected households. 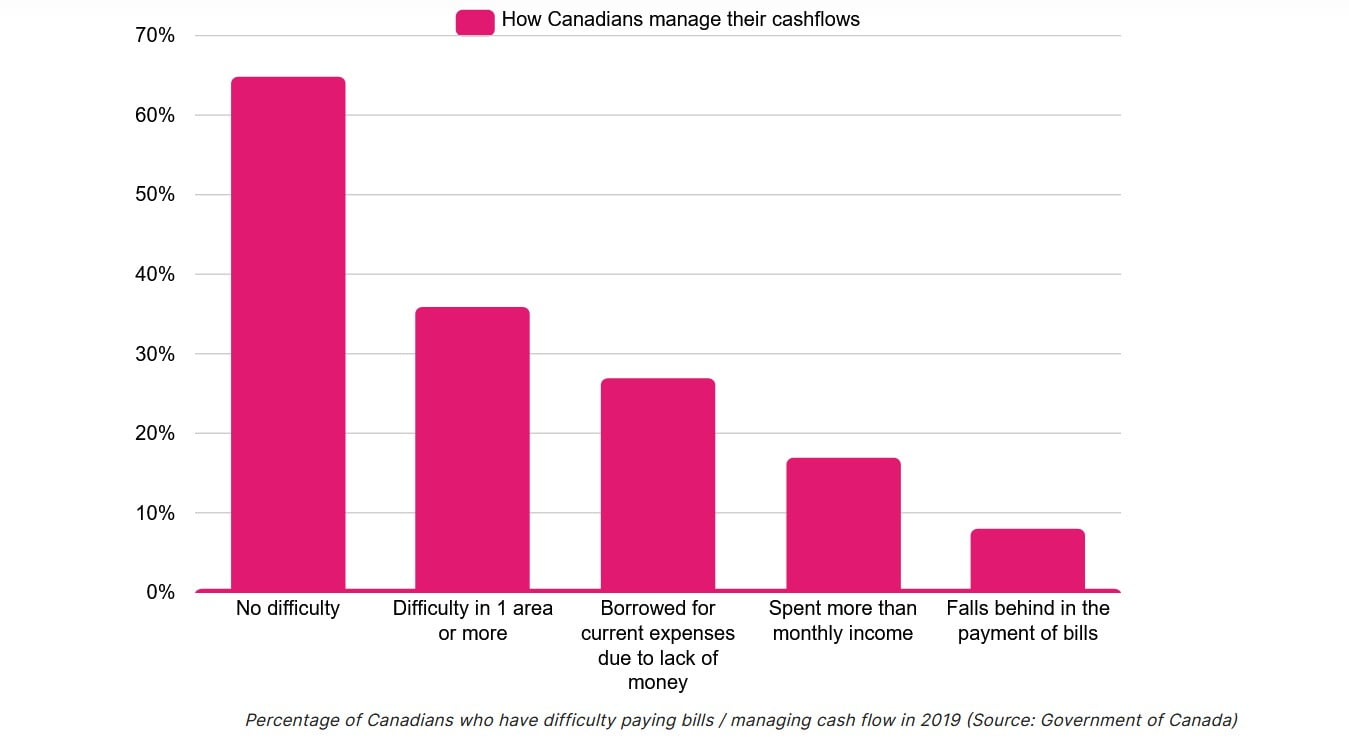 A Personal Line Of Credit

Moreover, 2019 numbers published by Statistics Canada show that almost 20% of the Canadian households took out a personal line of credit in 2019, for an average amount of 38,000 $ across the country. Those lines of credit could therefore be used as a precious reserve during the Covid-19 crisis among families whose revenues went down. However, if this was a good thing in the short term, the massive use of lines of credit to resist the Covid crisis could represent a threat in the long run, for it corresponds to an accumulation of debt that sooner or later will have to be reimbursed by the Canadians.

A third element helped some indebted Canadians to resist the crisis better. In some provinces like Quebec, the savings rate increased significantly in the years before the crisis. Indeed, in Quebec, the savings rates went up to 8% of the available revenues in 2019, thanks to a favourable economic situation in the province (1,8% in the rest of the country). When the Covid stroke in 2020, people were therefore ready to handle their debts, with those reserves of cash that they were able to put apart.

In conclusion, if the indebtedness situation still has to be monitored across Canada, it is already possible to say that the crisis has globally been well handled in the country, avoiding major payment defaults among households. Nevertheless, it will take long before the situation comes back to normal, and the authorities will have to take clever decisions to alleviate the private debts’ burden carried by the people.