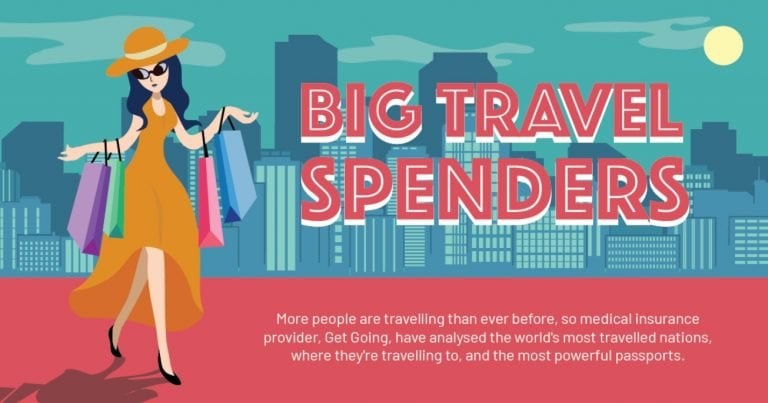 A recent study has estimated that the global expenditure on tourism to be a little under a whopping $1.5 trillion. With cheap flights on the rise, traveling seems to be easier than ever before and more nations seem to be holidaying further abroad than ever before. No matter where you are traveling to, tourism is a vital industry to so many countries.

Get going travel insurance have gone in-depth to look at the most traveled nations, most popular destinations, and the countries with a large resident to tourist ratio. Some of the key findings are outlined below: 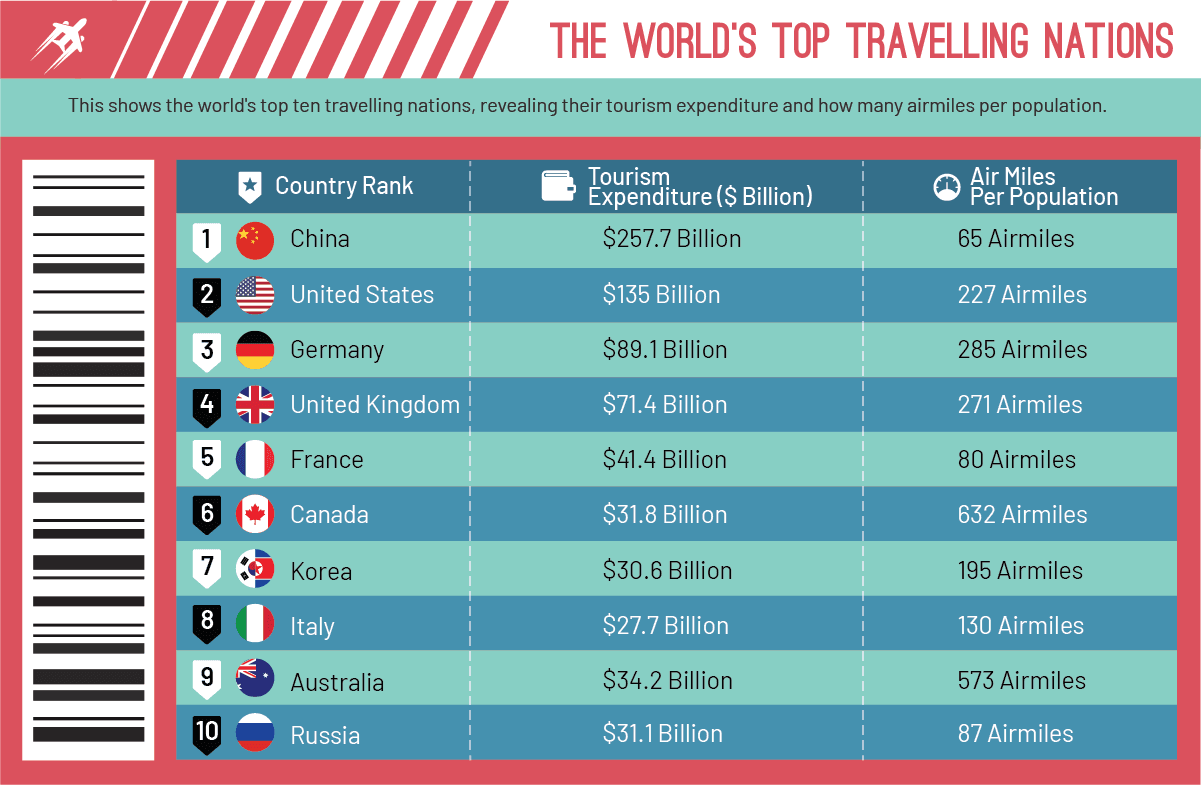 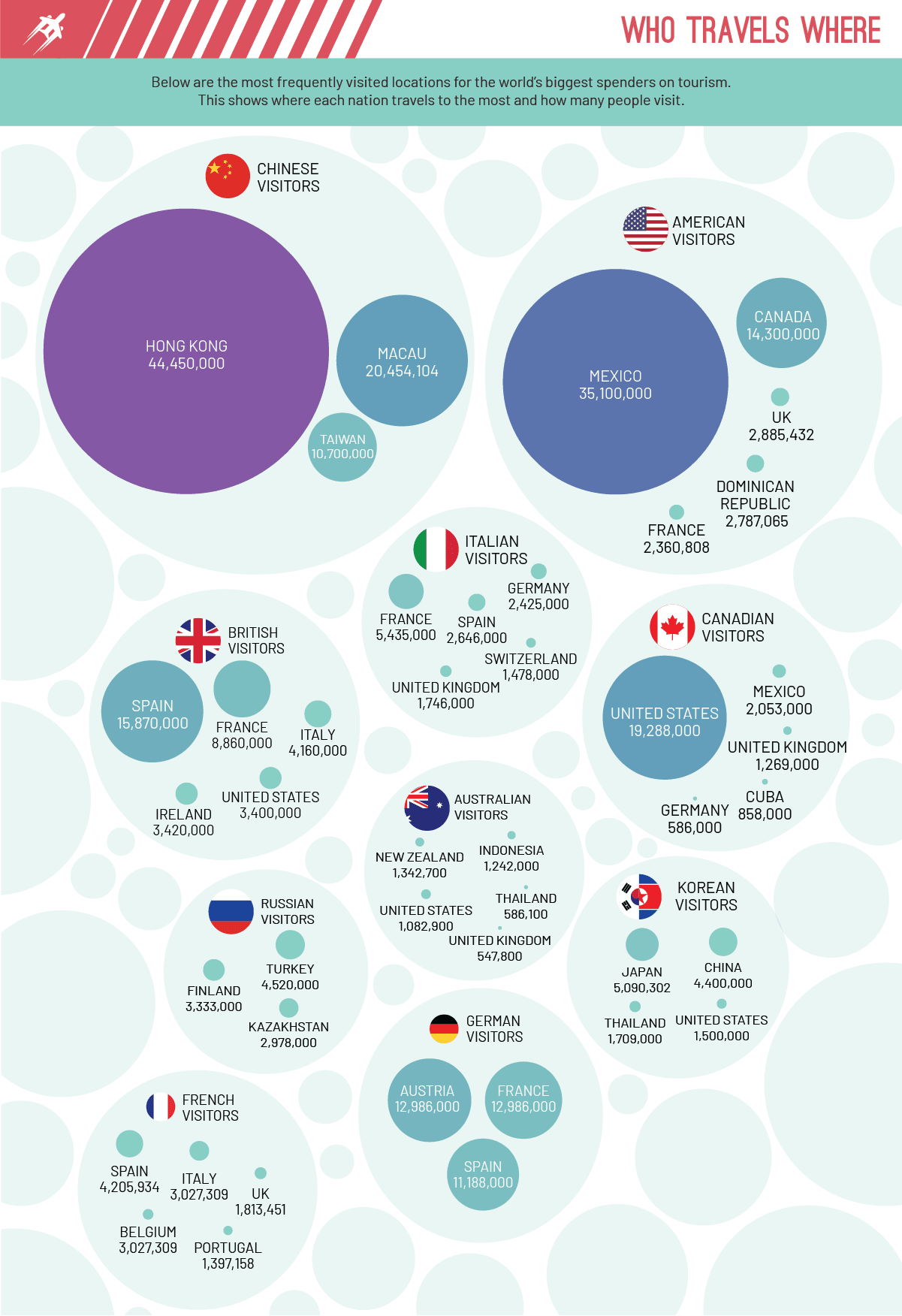 When you come from a country with a large population and even bigger economy the world can be your oyster. But where are they most traveled nations likely to go? 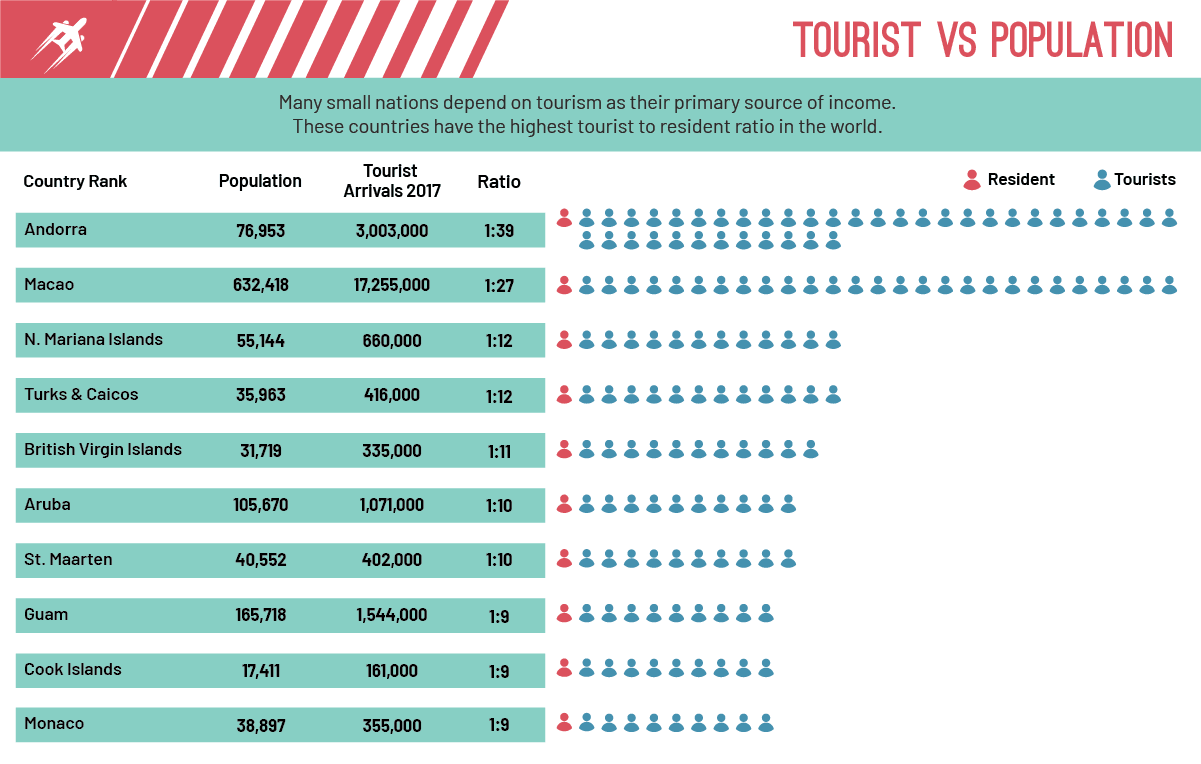 Many small nations depend on tourism as their main source of income and for that reason, the number of annual tourist arrivals in small islands is often disproportionate to their population.

Get Going Spokesperson Josh Hancock comments: ‘Travel around the world seems easier than it ever has been, and more and more nations seem to be holidaying further afield than in years gone by. The research is a good way to look at where money is being spent and who is benefiting from it.’