How does inflation impact energy markets? Is it of any importance to them? If you’ve ever asked yourself these questions, I’m here to answer them all.

To measure US inflation rates, we currently use the Consumer Price Index (CPI), which tracks a basket of consumer goods and services that involves food prices & energy prices.

Is underlying inflation really high or has it peaked? Well, it’s difficult to say, as some indicators may contradict each other on that matter… 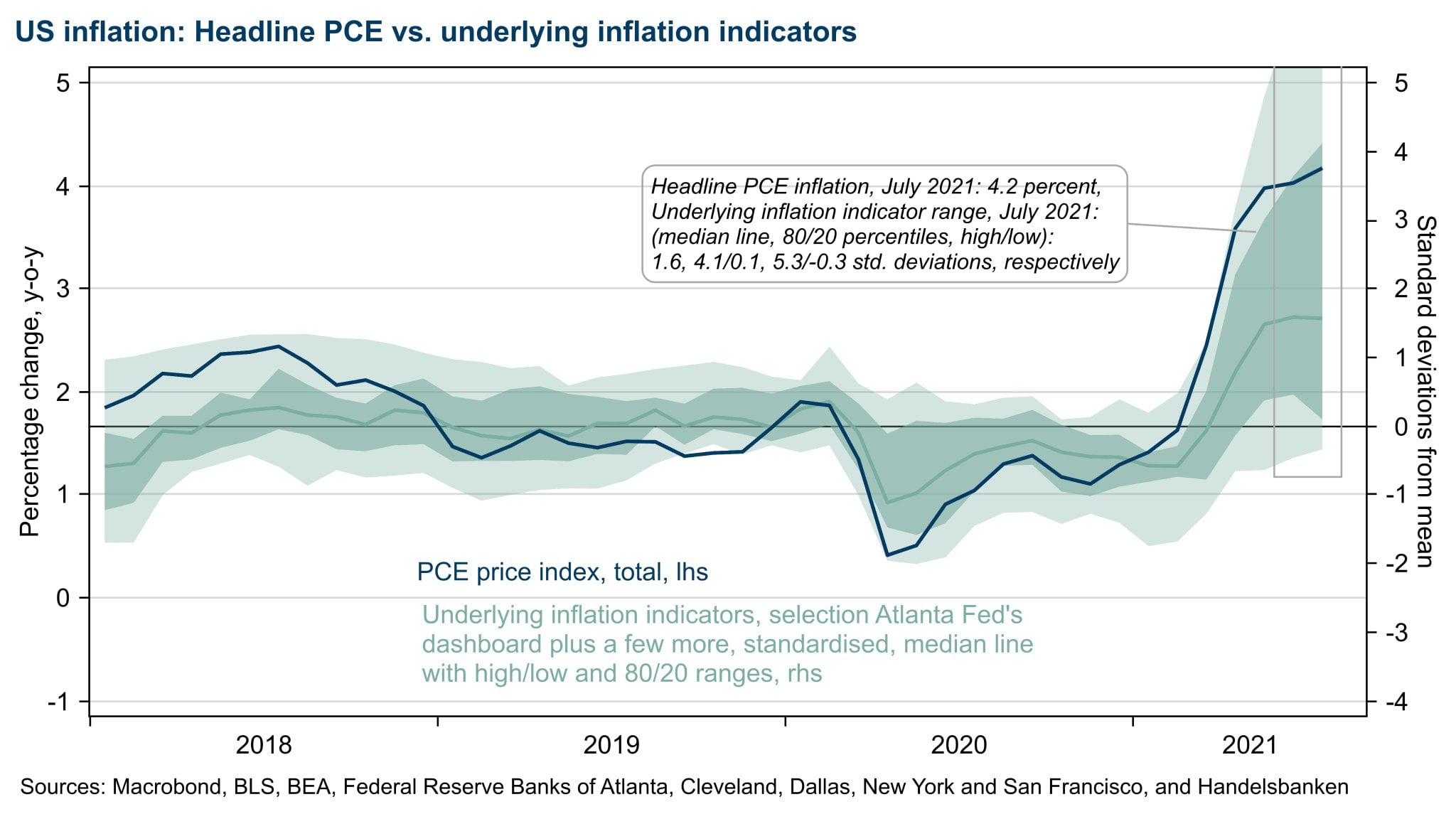 Tuesday’s CPI report showed the traditional core Consumer Price Index staying at an elevated level of +4.3% year-on-year, according to the Bloomberg survey.

In the case of China’s consumer inflation, it remained generally stable in August, while factory-gate prices registered expansion largely due to the increasing commodity prices: the Chinese CPI rose 0.8% year-on-year in August, a bit lower than 1% in July. The Producer Price Index (PPI) went up 9.5% over the same period in August, so a little faster than 9% in July.

On the U.S. side, the PPI rose +8.3% year-on-year in August (versus estimates at +8.2%) while the Core PPI progressed +6.7% over the same period. It’s higher than the expected +6.6%, but it rose at a slower pace compared to the last month’s increase. Actually, this slowdown in progression might be seen as inflationary pressures being moderated at the moment. 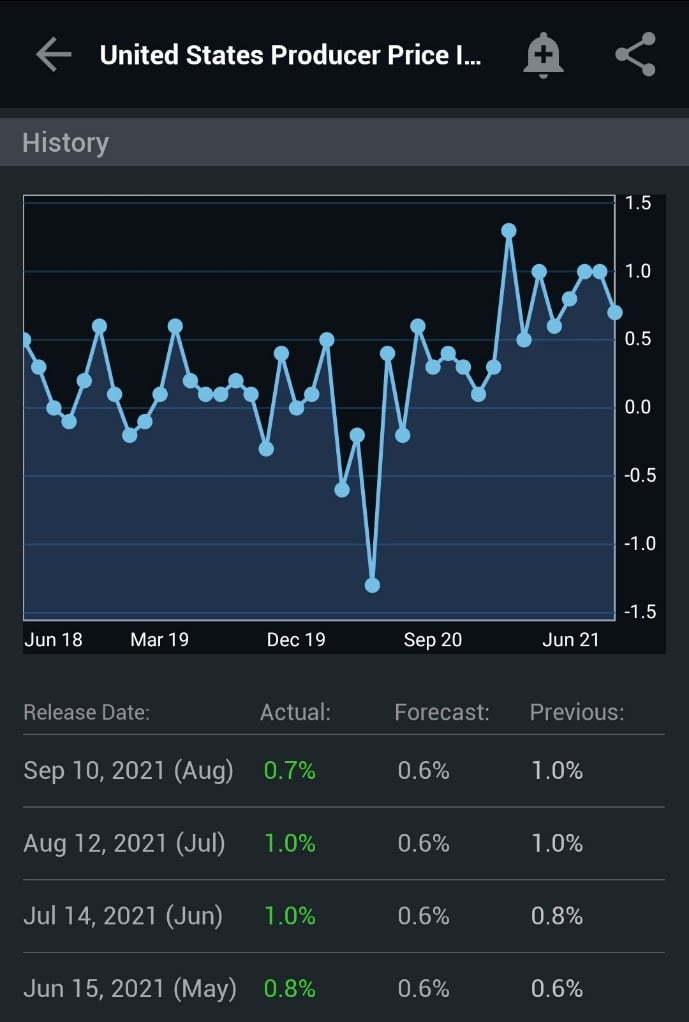 What Impact Does It Have From the Energy Perspective?

Yesterday, we saw that oil prices had fallen due to the announcement that China was using its strategic oil reserves. The Chinese announcement mentioned that millions of barrels were put up for sale in July, according to Bloomberg, which quoted an anonymous government source. In fact, China, as the leading importer of crude, seeks to fight against rising energy prices, signaling that the economic giant will not tolerate too high inflation. However, oil prices rebounded quickly into the same support zone ($67.53-67.94) that we had projected (Fig.1) with the prospect of dwindling reserves in the US, which is the world's largest consumer.

Moreover, even if we know that China has decided to sell a part of its strategic reserves to limit the pressure of rising raw material prices on industrial production, there is still no information on the amount of oil that is going to be put on the market. 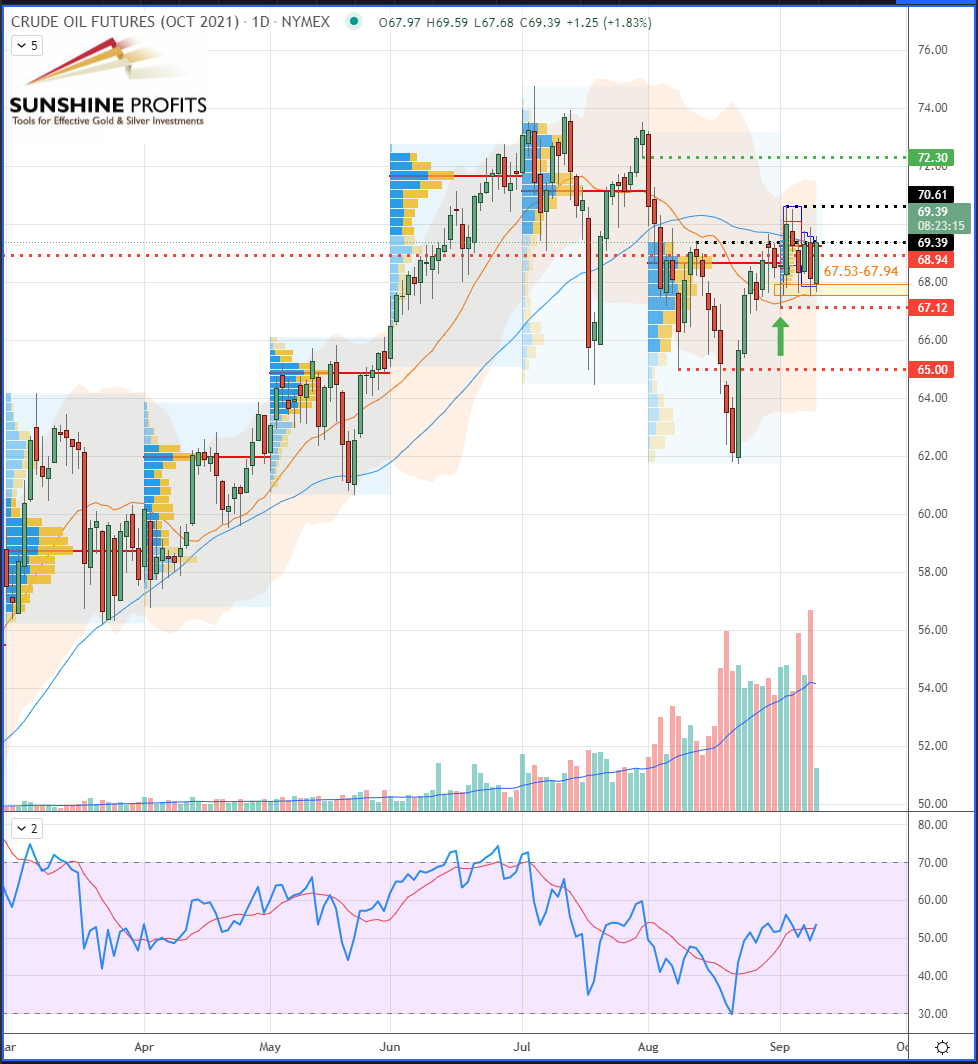 Today, oil prices rose again – back to yesterday morning’s levels – and the market is turning more optimistic on China-US relations after a phone call between US President Joe Biden and his Chinese counterpart Xi Jinping. Indeed, that phone call had the same effect on the oil market as it had on other assets because any signal that Sino-US relations are improving is seen as positive for global trade and therefore for global financial markets.

On the geopolitical scene, we also noticed that Libya aspires to produce two million barrels of oil per day from 2022, which may indeed sustain the supply.

In summary, we can highlight that China has limited tolerance for the impact of higher inflation on the energy prices - and this is perfectly understandable from the perspective of the leading importer of crude oil. Inflation is certainly an important indicator to keep an eye on in the forthcoming weeks, particularly for anyone interested in energy prices.

Have a nice weekend!