The pandemic changed every aspect of American’s lives. One avenue where people’s minds shifted is where to live. For many years, living in big cities was the most popular choice. Big cities came with wealth, a more extensive job market, and a higher style of living.

But the pandemic made some people realize that they didn’t need to live in large cities to live this sort of life. Many people ended up moving to the suburbs and smaller cities to escape the overcrowding of large cities. However, some people still want to live an affluent lifestyle in smaller cities and not have to deal with the negatives associated with large cities, such as traffic and pollution.

AdvisorSmith, a leading resource for small business and economic content, released its newest study that examined the median household incomes in small cities around the country to find the most affluent small cities in America.

To find these small cities, AdvisorSmith used the U.S. Census Bureau’s American Community Survey data, which indicates the median household income and population of cities in the United States. For the study, AdvisorSmith used 5-year estimates from the 2019 release date.

The Most Affluent Small Cities in America 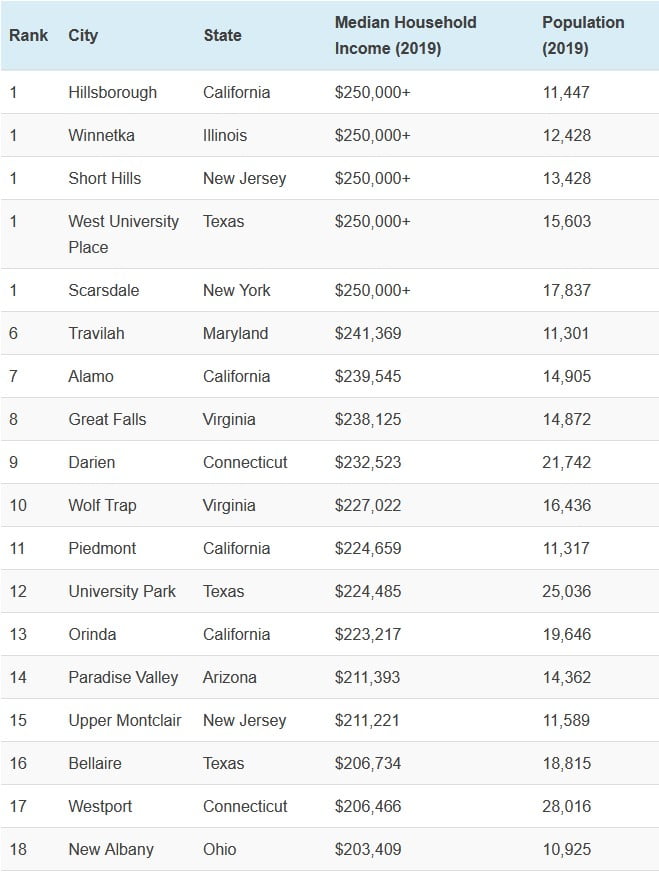 The state with the most affluent small cities was California. Of the top 50 cities, California had 23 with between 50,000 and 100,000 residents. 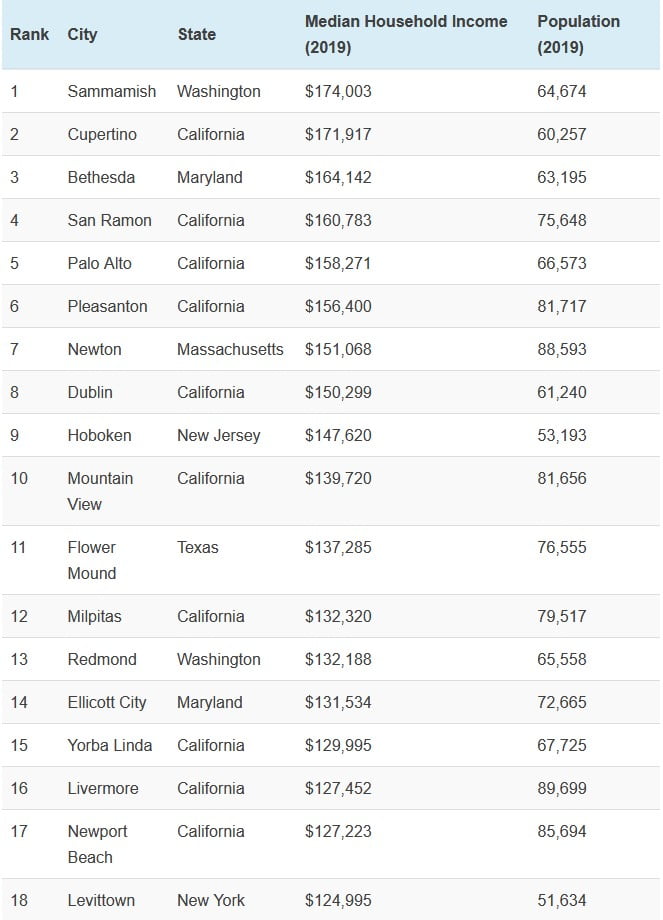 Virginia came in second as the state with the most affluent small cities. For small cities with between 10,000 and 30,000 residents, Virginia had 10 cities in the top 50. 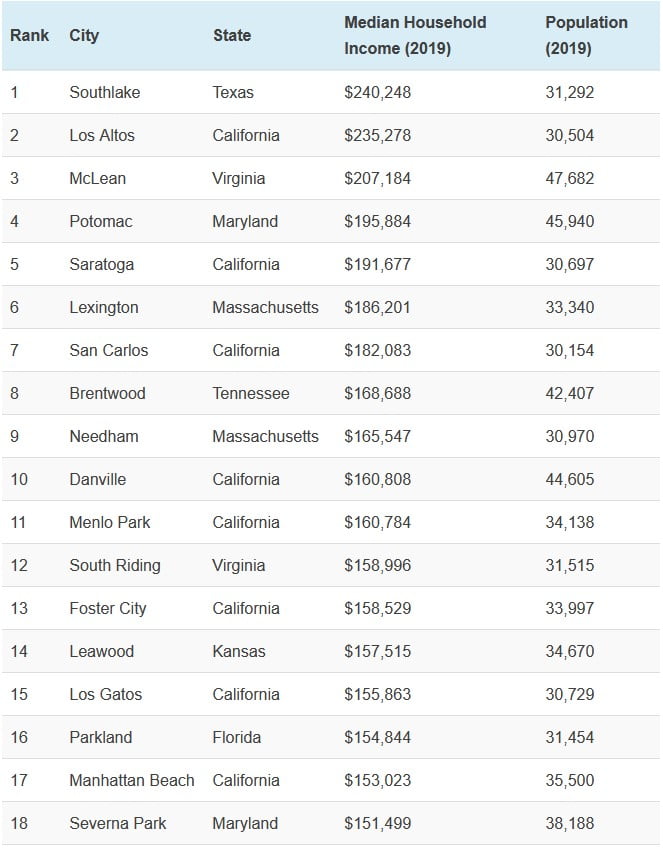 To see the rest of the study, please visit https://advisorsmith.com/data/most-affluent-small-cities-in-america.