It’s no surprise that cities have been growing at exponential rates over the past few decades. Regardless of race, class, or career, people have long found more appeal in urban areas, rather than more rural, sparsely populated places.

The 2020 pandemic, however, has turned this trend on its head. In fact, stories about families and individuals leaving highly infected cities like New York and London were everywhere in the news. More people across the U.S. and Europe began escaping to the country, enjoying time outdoors while quarantining and using Wi-Fi and other technology to digitally stay connected while physically away.

What has this done to moving trends? QS Supplies recently surveyed more than 1,000 people from the U.S. and Europe to get a better understanding of where they’re currently living and whether they have plans to move anytime soon.

When polled, 24% of respondents reported recently having moved from the suburbs to an urban area, but 23% indicated they’d recently moved from their urban residences to the suburbs. Of those who had left urban abodes, 32% believed they will move back to their former cities one day.

Those who had recently segued to city life in the U.S. and Europe were less likely to have children or dependents.

All of this mixed data indicates the reasons for moving are likely important to review – access to work, essentials, and lower costs of living were all major topics that individuals were grappling with throughout the pandemic.

How Far Are People Relocating?

Most people surveyed stayed within their same state or region, though respondents in the U.S. were more likely to stay close to where they already lived (53%). However, a high number of respondents (36% of U.S. citizens and 34% of European residents) had moved across their country. Very few of those interviewed stayed within the same city, and a small percentage moved out of the country.

This brings us to wonder what would motivate so many to move far from their current region or state during a pandemic.

To answer this question, the study assessed the impetus respondents had for moving amid a health crisis. Overwhelmingly, 47% of those surveyed moved because of better job opportunities, while 32% moved to seek a more affordable cost of living. One-quarter listed living closer to family as an important reason for their move.

These reasons for moving aren’t surprising, since urban areas are notorious for having high costs of living. In Seattle and Los Angeles, the cost of living is as much as 50% above the U.S. average. In Europe, London stood out for its high cost of living.

Moving during a pandemic can be challenging enough, but even if you had to move last year, it doesn’t mean the decision was regret-free. Most individuals who’d moved noted they missed living close to family or friends the most (38% and 34%, respectively).

Aspects individuals missed about their old location dropped down in percentage after this, with 18% missing their old cost of living, 16% missing their former area’s culture, and 15% missing access to outdoor activities.

2020 brought about more change than any of us could have anticipated. With economies in trouble, many individuals sought job opportunities wherever they could find them, even if that meant relocating from an area in which they enjoyed residing. Others moved to areas with more affordable costs of living and access to the outdoors, giving them more financial freedom and space than expensive city life.

Although these moving patterns have started to change relocation trends, the pandemic is a unique situation. It will be interesting to see how moving trends continue and adapt down the line as vaccines become more readily available and people can safely return to cities and former residences. 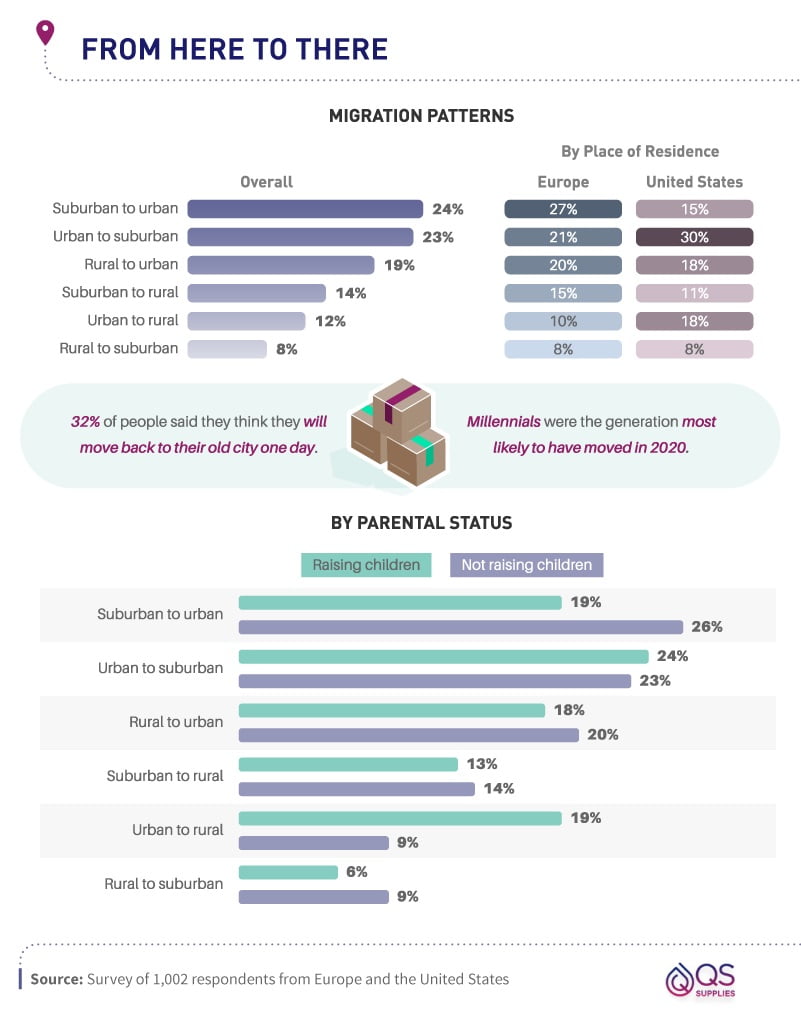 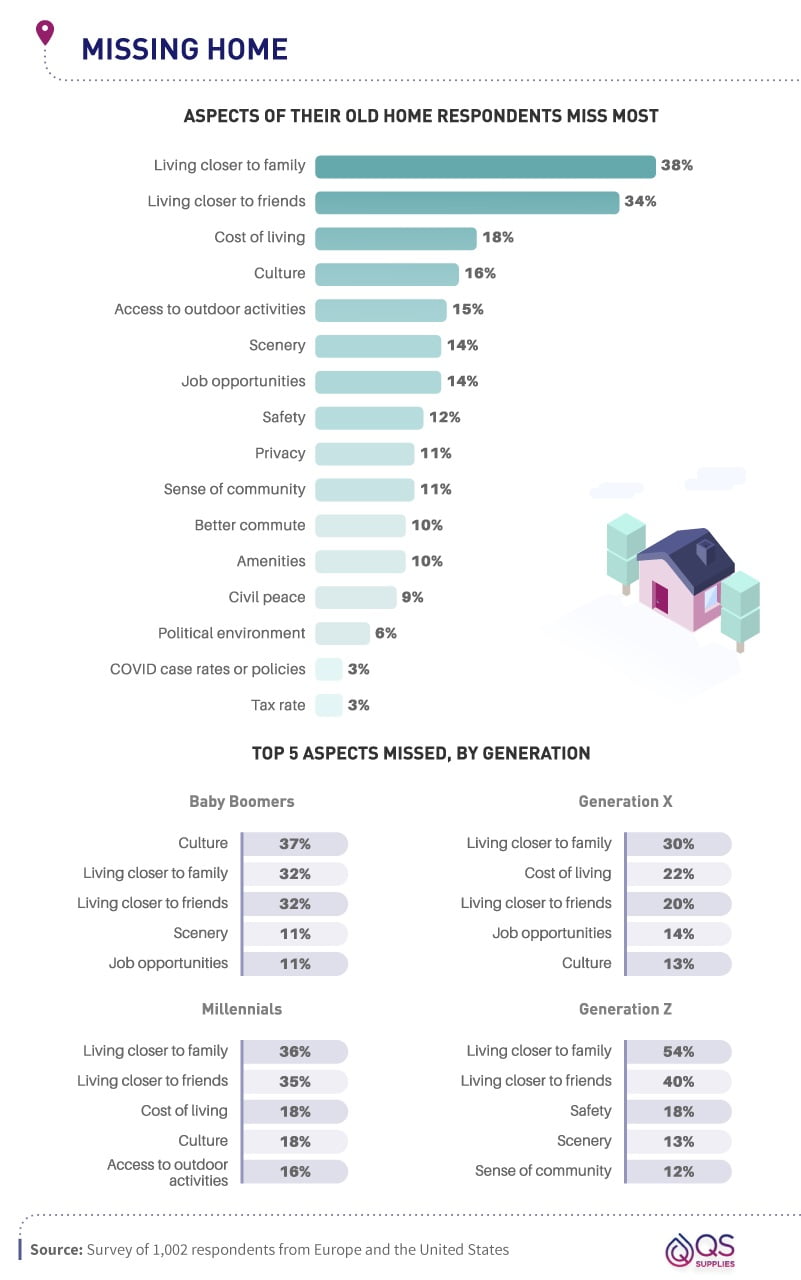