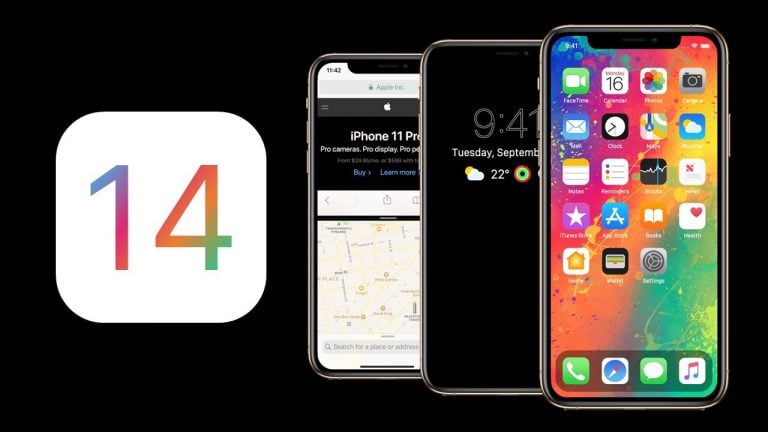 Expectations from the iOS 14 are running high. Here we have gathered all the rumored features and expected release date. Last year’s iOS 13 introduced a huge number of new features. But its buggy launch left many Apple fans disappointed. Fans are hoping the iOS 14 would fix those issues and bring new features. We will find out soon with the WWDC just around the corner.

Back in March, Apple announced that it is moving its annual WWDC event entirely online. The company has now revealed that its virtual WWDC event will start on June 22 due to the COVID-19 pandemic. It will be Apple’s first fully online WWDC. Many other technology companies including Google, Facebook, and Microsoft have canceled their own in-person developer events to prevent the spread of coronavirus.

Tim Cook is expected to unveil the iOS 14 alongside watchOS 7, iPadOS 14, tvOS 14, and macOS 10.16 during the keynote address on June 22. If you are a developer, you’ll be able to participate in the event by visiting Apple’s Developer app and Developer website. The company will also like livestream the event on its YouTube channel.

Apple will roll out the beta versions to developers shortly after the announcement. The company typically releases the public beta a few weeks after the developer beta. The software will undergo beta testing for several months before the final version is released to the public with new iPhones, which happens in September. The beta testing allows the company to identify and fix bugs.

Of course, this depends entirely on when this year’s iPhones start landing in consumers’ hands. Apple usually releases new iOS versions the day of or the day before the release date of new iPhones.

The Cupertino company has also decided to donate $1 million to San Jose organizations to make up for the revenue loss. WWDC is a huge event attracting about 5,000 people. Local businesses benefit from the event. They stand to lose some revenue as Apple shifts the event online due to the coronavirus outbreak.

When Apple releases a new iOS update, it drops some older iPhones from the list of supported devices. Last year’s iOS 13 ditched support for iPhone 5S, iPhone 6, iPhone 6 Plus, and the sixth-generation iPod Touch. Consumers were expecting Apple to drop support for the iPhone SE and iPhone 6S with the iOS 14 rollout. But that might not happen.

French publication iPhonesoft reports that the upcoming iOS 14 will support all the devices currently supported by iOS 13, including the iPhone SE and iPhone 6S. The upcoming iPhone 12 series would run the iOS 14 out of the box. The budget-friendly iPhone SE 2020 will also get the iOS 14 update.

The Verifier has also discovered evidence in the early development code that the iOS 14 would be compatible with all devices running iOS 13. So, if your device currently runs the iOS 13, you’ll get the upcoming update. Here’s the list of devices The Verifier says will run the iOS 14.

Here’s the list of devices the iOS 14 will support, according to iPhonesoft:

The iOS 14 is widely expected to support 5G technology. It still is early in the 5G game because mobile carriers are still building out their networks. That hasn’t kept smartphone makers from releasing devices equipped with 5G support — with a premium price tag.

Siri will also likely get an upgrade this year. Over the last few years, Apple has significantly improved its AI assistant. But it still lags far behind Google Assistant and Alexa. The Cupertino company could also integrate Siri more deeply into the operating system, including in app management.

The iPhone users are also hoping that Apple will finally allow them to set third-party apps as default apps. In iOS 13, if you click a link within an email or message, it opens in Apple’s apps such as Safari. Users can’t select a third-party app of their choice. Hopefully, the iOS 14 would remove that barrier.

The ability to insert links into emails without copying and pasting the entire link is another feature high on our wishlist. This would make sense from a business standpoint. More and more people are using their iPhones for work purposes and tasks. Apple could add this feature in its own Mail app and in third-party email apps like Gmail.

The company would also do well to tweak its spam calls filter. The setting called “Silence Unknown Callers” sends any caller not in your contact list to voicemail without actually ringing the phone. It isn’t practical because everyone gets some calls from numbers that aren’t in their contacts, and not all of these calls are junk. Some carriers are offering their own spam call filters. But Apple could improve this feature by offering a number of options so you don’t get stuck with all or nothing.

We would also expect iOS 14 to offer more augmented-reality features. Apple has been working on its AR features and ARKit for quite some time. But this year could be a great time to introduce even more AR features, possibly even with a new device like those AR glasses the company has long been rumored to be working on.

A feature many have long been clamoring for is more optionality or personalization. Apple has long been making sure its products can only be used the way it wants them to be used. But fans would like to be able to personalize their devices a bit more. It seems unlikely that iOS 14 will offer more personalization features, but fans can certainly dream.

Another feature many would like to see in iOS 14 is an always-on display. Apple hasn’t yet ventured into the always-on display arena like many Android makers have, so it’s lagging quite far behind. Those who have used a device with an always-on display appreciate being able to check the time and see notifications at a glance. It isn’t possible with the iPhone currently. Apple Watch got an always-on display last year. So it is possible that we will see one in an iPhone soon, either with iOS 14 or limited to this year’s newest models.

According to 9to5Mac, the upcoming software will support a built-in translator feature in Safari browser to allow users to translate web pages without relying on a third-party service. It will also let you switch between the original and translated language easily. Apple is also rumored to add better mouse support with iOS 14.

The iOS 14 will reportedly let users try apps from the App Store before installing on their phones. Folks at 9to5Mac discovered code in an early build of iOS 14 suggesting that users will be able to try out third-party apps by scanning a QR code. The feature is part of the “Clips” API in iOS 14.

The Clips API will allow developers to offer “interactive and dynamic content from their apps” even before users install the app. After scanning the QR code, users will be presented with an interactive card to get an idea of the app’s interface. The card will also give users the option to download the full app from the App Store.

The iPhone maker is said to be testing the app previews with YouTube, DoorDash, Yelp, OpenTable, and other apps. The functionality appears to be similar to Instant Apps feature in Android, which presents a light version of the app.

Update to development process for iOS 14

There’s no denying that iOS 13 was a seriously botched version of the mobile operating system. Apple wants to prevent a repeat of that issue with iOS 14 this year. Apple’s software chief Craig Federighi is overhauling the testing and development process for iOS 14 so that developers can spot issues quickly before new versions make it into the public release. But just how well will this process work?

Citing sources familiar with the matter, Bloomberg said in November that the changes were announced at an internal meeting with Apple’s software developers. The new strategy will require developers to make sure each update or daily build will disable features that are buggy or unfinished by default. Developers can then enable features selectively through a new process and settings menu Apple is calling Flags. It will enable them to isolate impacts from each individual feature and determine which ones are causing problems.

iOS 14 will be a big test on how well Apple’s new development process works. But it will be quite some time before we know whether it does indeed work. Apple probably won’t reveal iOS 14 until WWDC in June, ahead of a public release in the fall.

Recently, a designer offered some ideas for another much-anticipated feature for iOS 14. The concept, shared via the YouTube channel Tech Blood, shows what split view could look like in Apple’s mobile operating system.

The concept shows what it might look like if an iPhone were capable of running two apps simultaneously side by side. It also demonstrates what it could be like to be able to drag and drop items from one of the apps into the other next to it. The idea is that the iPhone could have a hidden doc containing icons that could be pulled out to launch the apps next to one that’s already running. You can check out the full concept here: