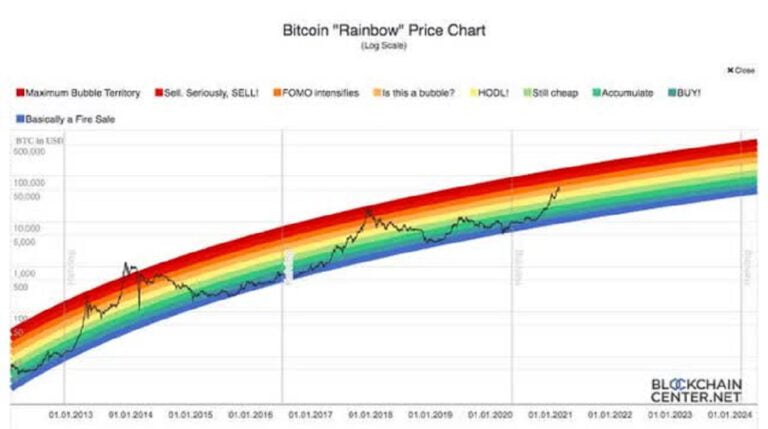 Before the crypto correction on Monday, we wrote about how a future Bitcoin crash could lead to a market crash (How The Next Crash Happens). Basically, a lot of publicly traded companies add Bitcoin to their balance sheets, and then Bitcoin enters the "long winter" Anatoly Karlin predicted.

If you missed our post Monday, Karlin's prediction carried weight with us for two reasons. First, he's a long term Bitcoin bull. And second, he accurately predicted the impact of COVID-19 last year.

After Bitcoin and the other cryptocurrencies tanked on Monday, in our next post (Crypto Gets Crushed), we asked if Karlin's long winter had come early. We noted our system was still bullish on Bitcoin-related names such as the Amplify ETF Trust (BLOK), Silvergate Capital (SI), MicroStrategy (MSTR), Riot Blockchain (RIOT), and Tesla (TSLA). If you're wondering why we included Tesla as a Bitcoin-related stock, we did so for two reasons:

Another point we made that post was that an early Bitcoin bust - before evangelists like Michael Saylor got Bitcoin on more corporate balance sheets - would mean the stock market had dodged a bullet.

After bottoming below $46,000 on Monday, Bitcoin prices bounced back to around $50,000. That suggesting Anatoly Karlin's prediction of Bitcoin peaking at $100,000 sometime this year was still intact. Currently, 61% of experts on Metacalculus agree with Karlin that Bitcoin will hit $100k, but their timeline goes out to 2025.

When Metacalculus created the prediction contest above, though, Bitcoin was trading at $7,500. Presumably, some of those predictors have compressed their timelines given that Bitcoin is already about halfway to $100k.

The Market Didn't Dodge A Bullet

So it looks like the stock market didn't dodge a bullet. Bitcoin will likely hit new highs, and Bitcoin will spread to more corporate - and possibly central bank (see the tweet below) - balance sheets far and wide.

Evangelism is an apt description of how Michael Saylor, Balaji Srinivasan and others advocate for broader Bitcoin adoption. If their quasi-religious fervor has escaped you, consider that Balaji put "eternal life" in his Twitter bio.

Consider also Cathie Wood, the portfolio manager of one of the hottest ETFs of the past year, Ark Innovation (ARKK), whose largest holding is Tesla.

As she told the Jesus Calling podcast last month, Wood named her ETF after the Ark of the Covenant:

Well, I started ARK Invest at the age of fifty-seven, so it was quite late in my career. I believe my career is starting all over again, though. I decided to name my company after the Ark of the Covenant, because as I was going through that very difficult period starting in ‘06, where the market, nothing made sense to me, I started reading the One-Year Bible, after I would read the passage for the day, I would then just open it up randomly and say, “God, speak to me. Just show me what to do. Show me Your will. Show me Your way.”

Following in the path of an evangelist can be a rocky road. Look at the chart for Michael Saylor's MSTR since it first hit our top ten names in December.

A Hedged Bet On Another Bitcoin Name

Our system analyzes every stock and ETF with options traded on it in the U.S. every trading day, based on their total returns and options market sentiment on them. And each trading day we rank those names by our estimates of their potential returns over the next six months, net of hedging costs. That process unearthed another Bitcoin-related name this week, Ault Global Holdings (DPW). Among other assets, Ault owns a Bitcoin-mining facility. It's a risky, nanocap name, but here's a hedged bet on it that has three times as much potential upside as it has downside risk.

As of Wednesday's close, this was the optimal collar to hedge 10,000 shares of DPW against a >25% drop by mid-September, while not capping your possible upside at less than 62% over the same time frame.

To be conservative, the app calculated the cost assuming you bought the puts at the ask and sold the calls at the bid. Even so, the net cost was negative, meaning you would have collected a net credit equal to about 13% of your position value. Taking into account that net credit, your total upside potential with this hedge was a gain of 75%, versus a maximum downside risk of 25%.