Being an entrepreneur comes with many risks, but also with many benefits like freedom, economic prosperity, and personal satisfaction. Throughout the country, various women-owned businesses are essential to our countries economic progression and job growth. While men own the majority of companies in the U.S, female entrepreneurship is a growing trend that adds to the vitality of the country’s economy.

AdvisorSmith, a leading resource for insurance and small business content, released its newest study where they examined all 50 states and the District of Columbia to find the best and worst states for female entrepreneurs.

Businesses That Have At Least One Female Employee

To find the states where female entrepreneurs are having the most success in their businesses, AdvisorSmith utilized data from the U.S. Census Bureau’s Annual Business Survey. The survey collects data on employer firms, which are businesses that have at least one employee. 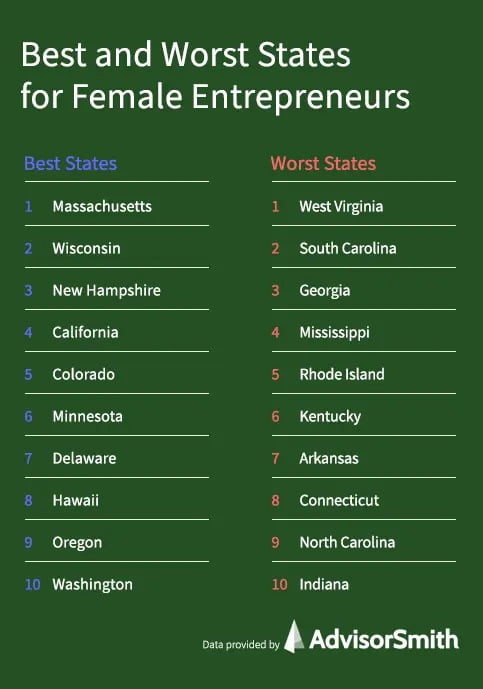 Businesses  that have at least one employee accounted for over 2 million firms and employed more than 18.1 million Americans.

AdvisorSmith’s study focused on female-owned employer firms, which translated to businesses that were majority female-owned or equally male and female-owned.

Nationally, female-owned businesses had nine employees on average and an average payroll of $330,171. Female-owned companies with at least $100k in revenue accounted for 1.7 percent of the female labor force nationwide.

These metrics were compared across each state to find the best and worst states for female entrepreneurs.

The Best And Worst States For Female Entrepreneurs 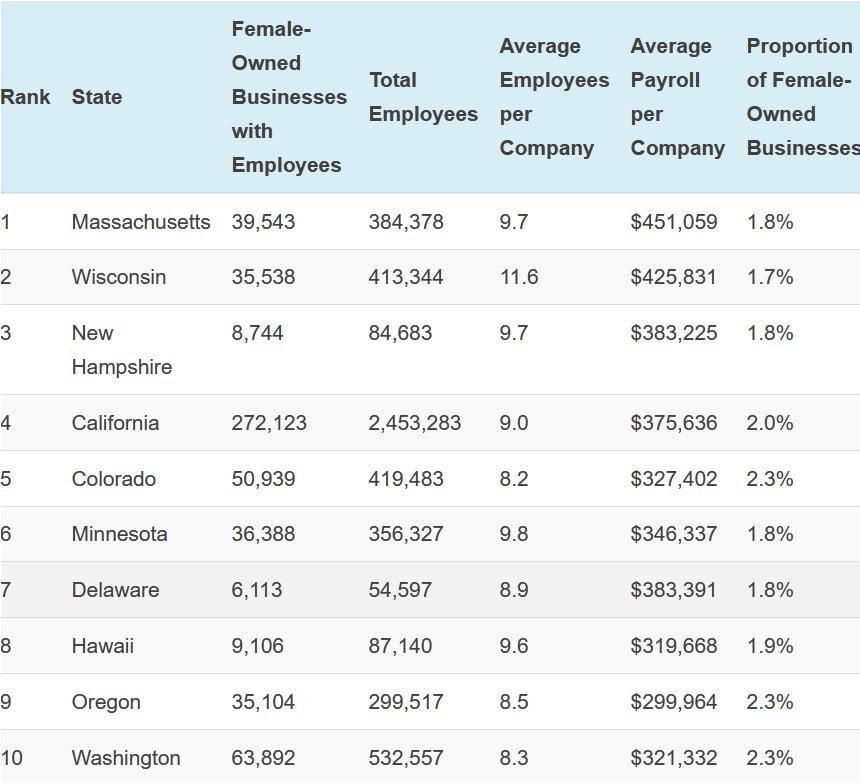 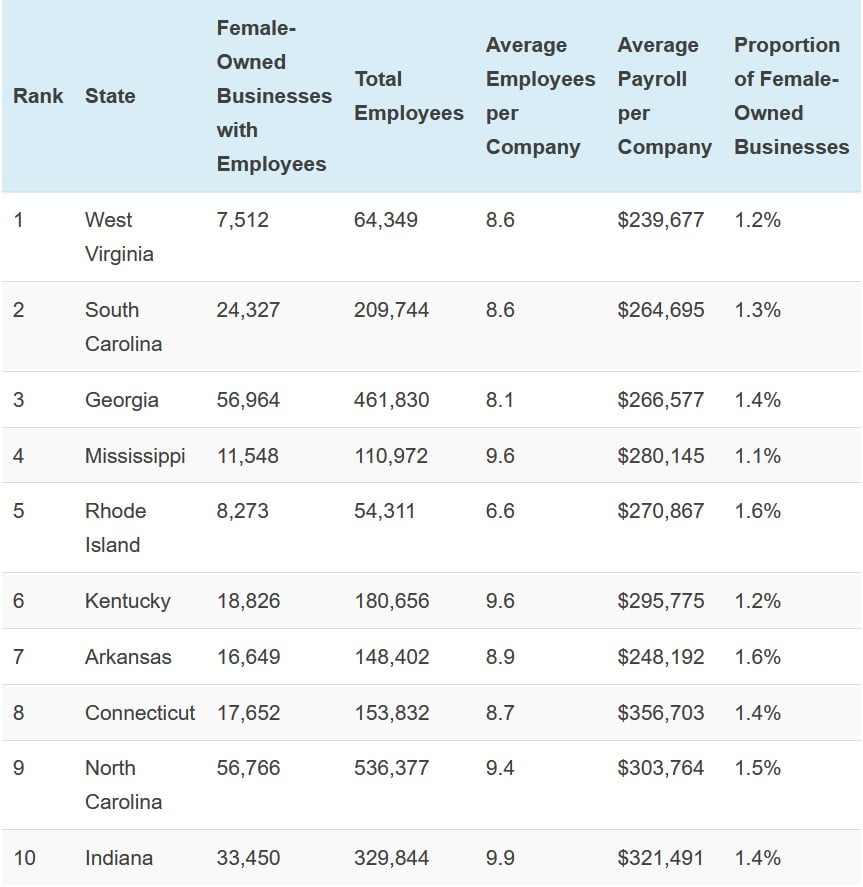 To view the complete study and see all 50 states, please visit https://advisorsmith.com/.