The year has started out well for the Deep Value Fund with returns exceeding benchmarks, despite lower portfolio exposures. While investment themes from last year mostly carried into 2021, our move into more cyclical and industrial areas were timed well. February and March saw gains from both our longs and shorts, although on the short side the gains were not enough to offset the impact of the wild short squeeze felt in the last week of January.

Notable winners on the long side were MaxCyte (LON:MXCT) which contributed 2.2% (highlighted below), CDON, a Swedish e-commerce company (adding 1.8%) and long-held names such as Darling Ingredients (NYSE:DAR) (1.2%), Evolution Gaming (STO:EVO) (1.2%), and Tokai Carbon (TYO:5301) (1.1%). Magnachip (NYSE:MX) (Korea) also added over 1.0% to returns on a takeover offer from private equity. Long detractors were primarily some of last year’s winners such as Gravity and Rush Street Interactive, with both declining about 0.7% each. On the short side, GSX TechEdu deserves mention. GSX started the year around $50 (per share) and climbed to over $140 in January, only to close out the quarter at about $33. Had we held the same position throughout the quarter, it would have been a nice contributor to performance, but risk management forced us to realize some losses during the epic January short squeeze. Near quarter-end, GSX plummeted when it was revealed it was part of an engineered squeeze undertaken by the now infamous Archegos Capital. Why multiple brokers would provide five times leverage to someone (who, by the way, previously pleaded guilty to wire fraud and insider trading1) to help engineer a short squeeze in a fraudulent Chinese company is beyond disappointing. Shame on all involved. Shorting is hard enough as is without our own brokers working against us. 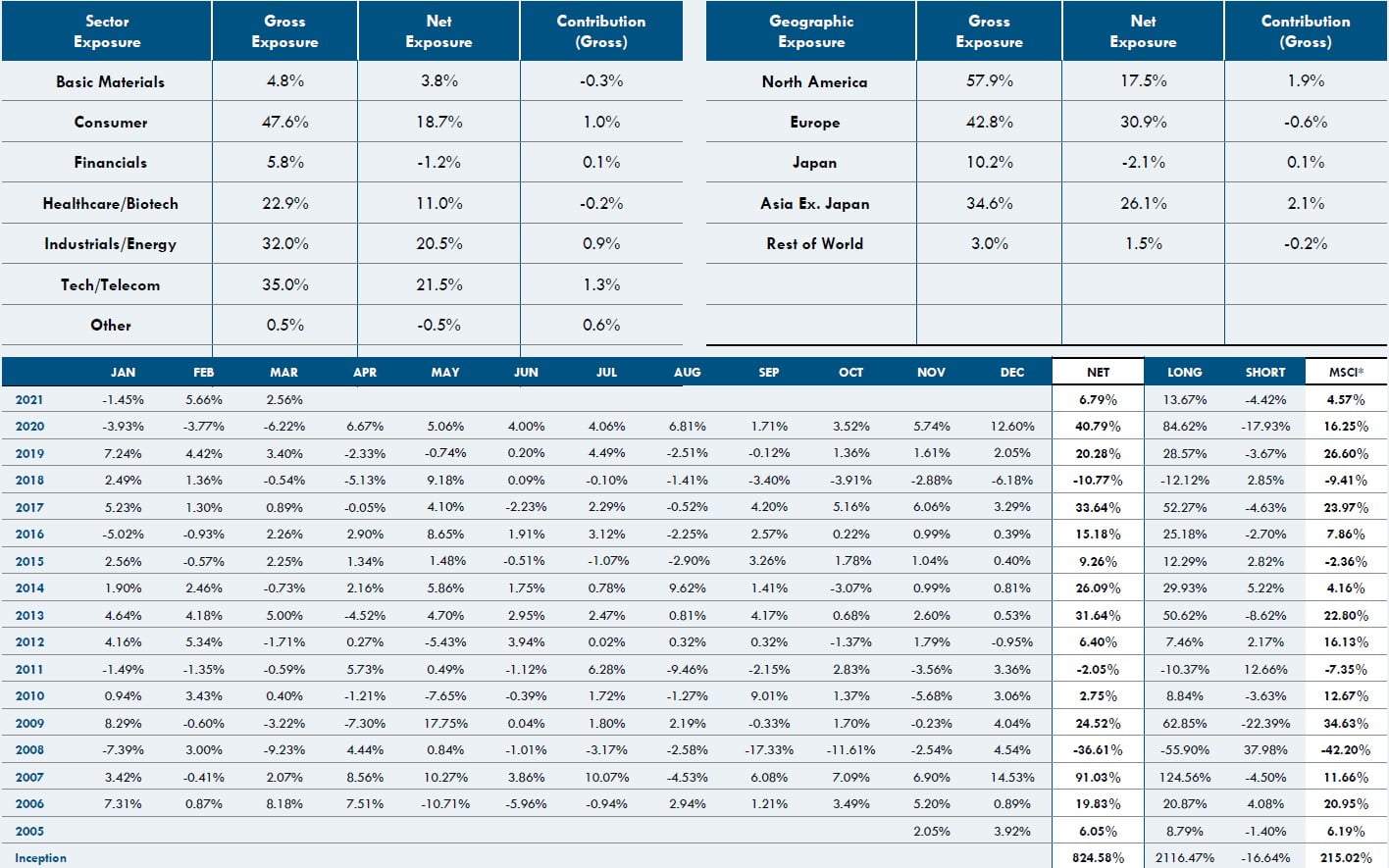 Check out the investment highlights here.