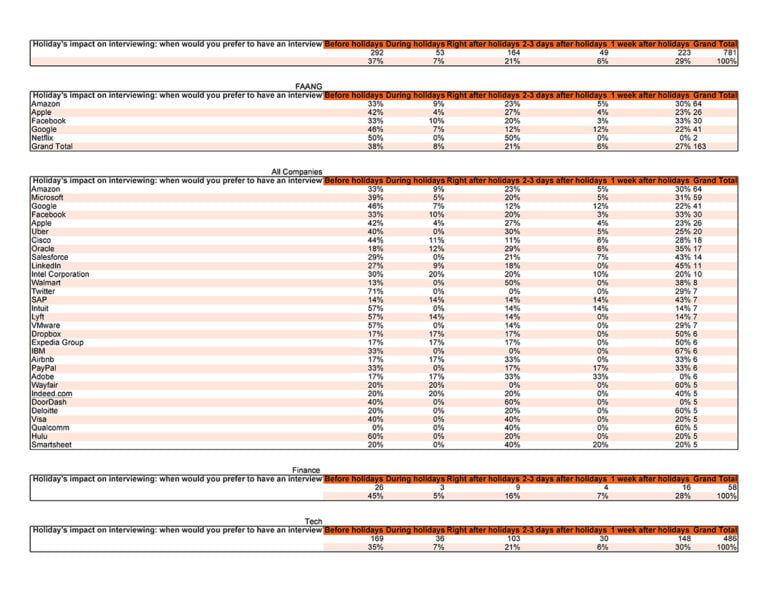 Interview Optimization: 38% of FAANG employees suggest interviewing before the holidays

Much of our work lives have moved online during the pandemic: group meetings, chats with the boss, and even interviewing for a new job.

On Blind, the largest anonymous professional community with 4M users from big tech, unicorns, and startups, a Microsoft employee asked, "Just wondering if holidays would impact the interviewers in a good or bad way. If you are an interviewee and holidays like Christmas don't affect your performance, when would you prefer to have an interview?"

You can see a data breakdown below. 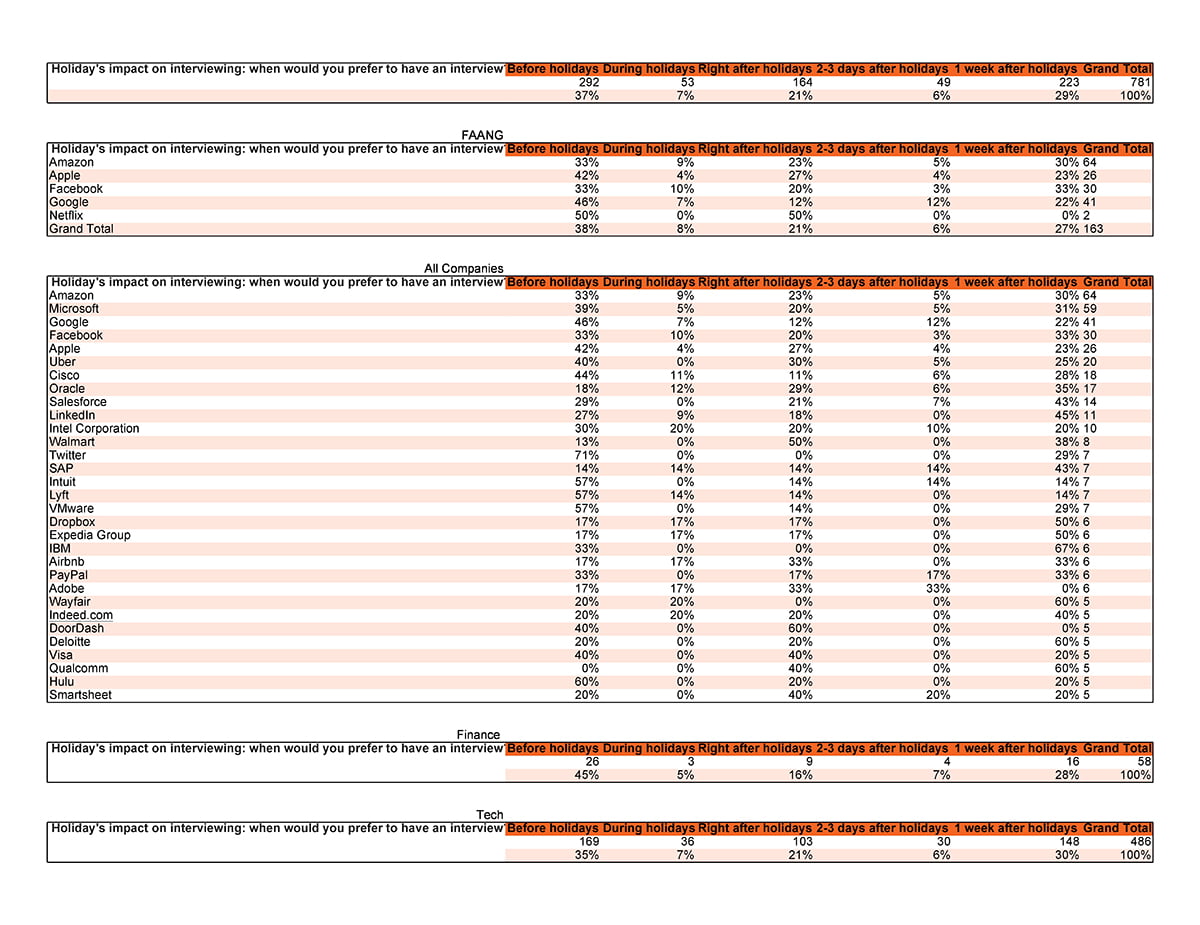 A different Microsoft user shared, "1. Many companies have hiring freezes until new openings after the New Year.

Landing a job at a FAANG company is a dream come true for most silicon valley professionals.

Facebook, Amazon, Apple, Netflix, and Google are considered the top tier companies by many engineers on Blind. Those who aren't employed at one of these elite companies often try to get into one.

Factoring in timing to optimize the chances of landing that dream job may be worth the time.