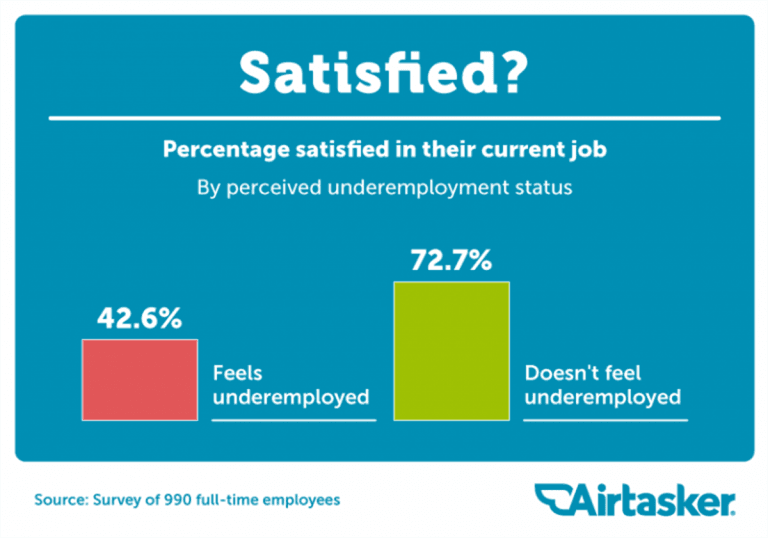 We’re told the job market has never been better. Employment numbers are at record highs. Why, then, are so many workers still struggling? One consequence of the changing workplace is that even those who are employed are often suffering from underemployment, a trend many are still trying to understand.

A recent study from Airtasker set out to examine the phenomenon of underemployment, including what it means, how it impacts employees, and what some are doing about it.

More than 2 in 5 respondents feel underemployed, but what does it mean? When we think of the term, does it mean not having enough work? Not having enough hours? Not so fast. Those that feel underemployed can also be working too many hours and not getting paid enough for their work. Even employees working 40–50 hours weekly feel they should be making another $12,000 per year. In fact, 1 in 5 workers are putting in more than 60 hours per week and say they should be making another $29,000 per year!

But is it more important to enjoy what you are doing or to make more money? Well, it turns out men and women answer this question differently. Fifty-three percent of men would rather have a high salary at an unfulfilling job than a low salary at a job they enjoy. Women, on the other hand, are much more likely to prefer a career that satisfies them even if the salary is lower. Fifty-six percent of women would rather work in a lower paying but more fulfilling job.

There is also a generational difference. Millennials are the only generation that responded more likely to take a higher paying but less fulfilling job, although it was a fairly even split, with 52% of millennials preferring a higher salary job and 48% opting for the more fulfilling path. A majority of baby boomers and Gen Xers prefer a more fulfilling job, with 60% and 54%, respectively, saying they would take the more satisfying path even if it paid less.

What does this all mean in the long run? What can underemployed workers do about it? Well, sometimes the simple answer is the right one: Look for a new job. Of those who feel underemployed, 53% are searching for new employment, compared to only 20% of those who don’t feel this way. Whether they are hunting for a higher paying job or a more fulfilling one, underemployed people are looking and taking interviews toward the end of securing the job that’s right for them. 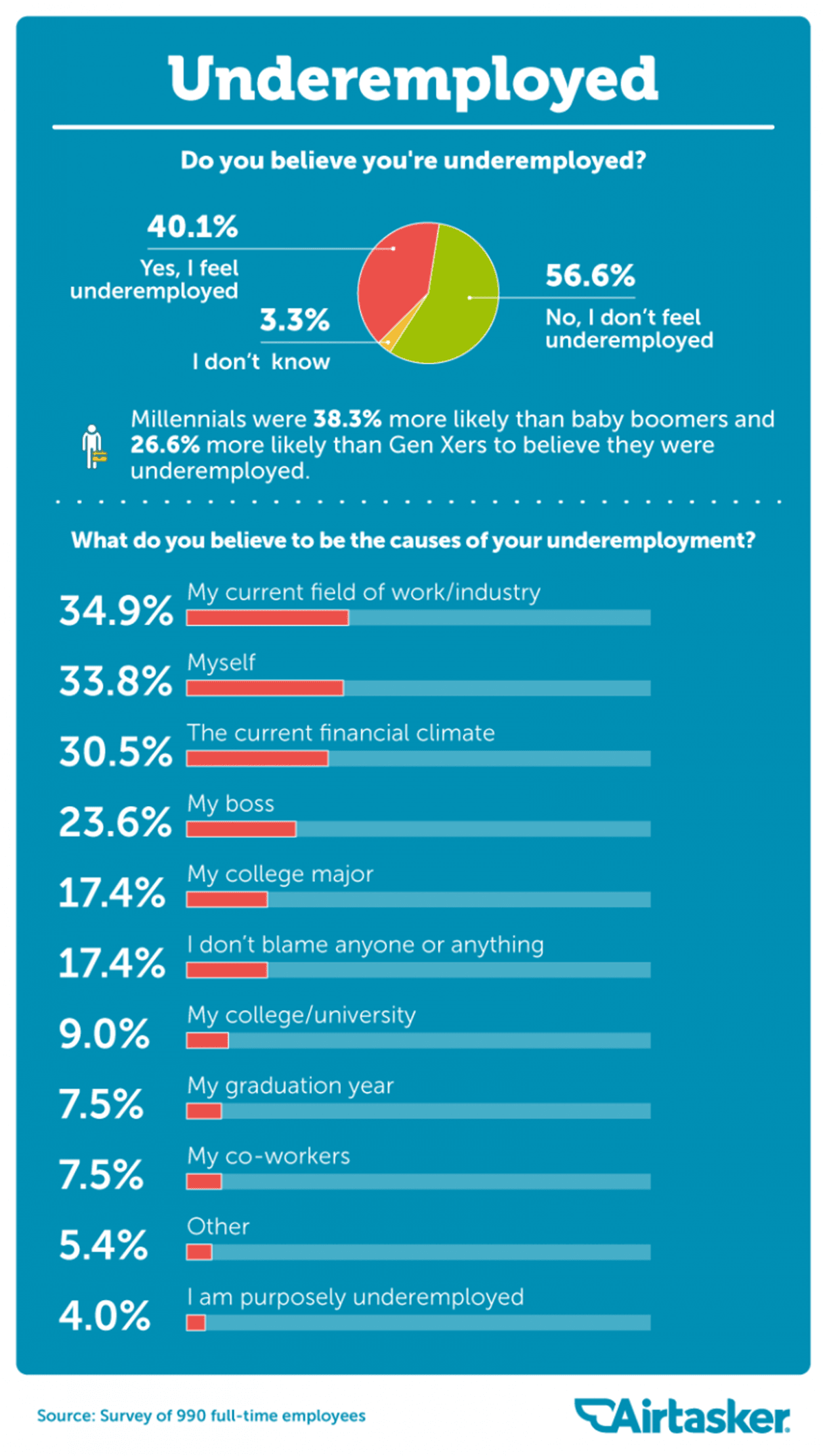 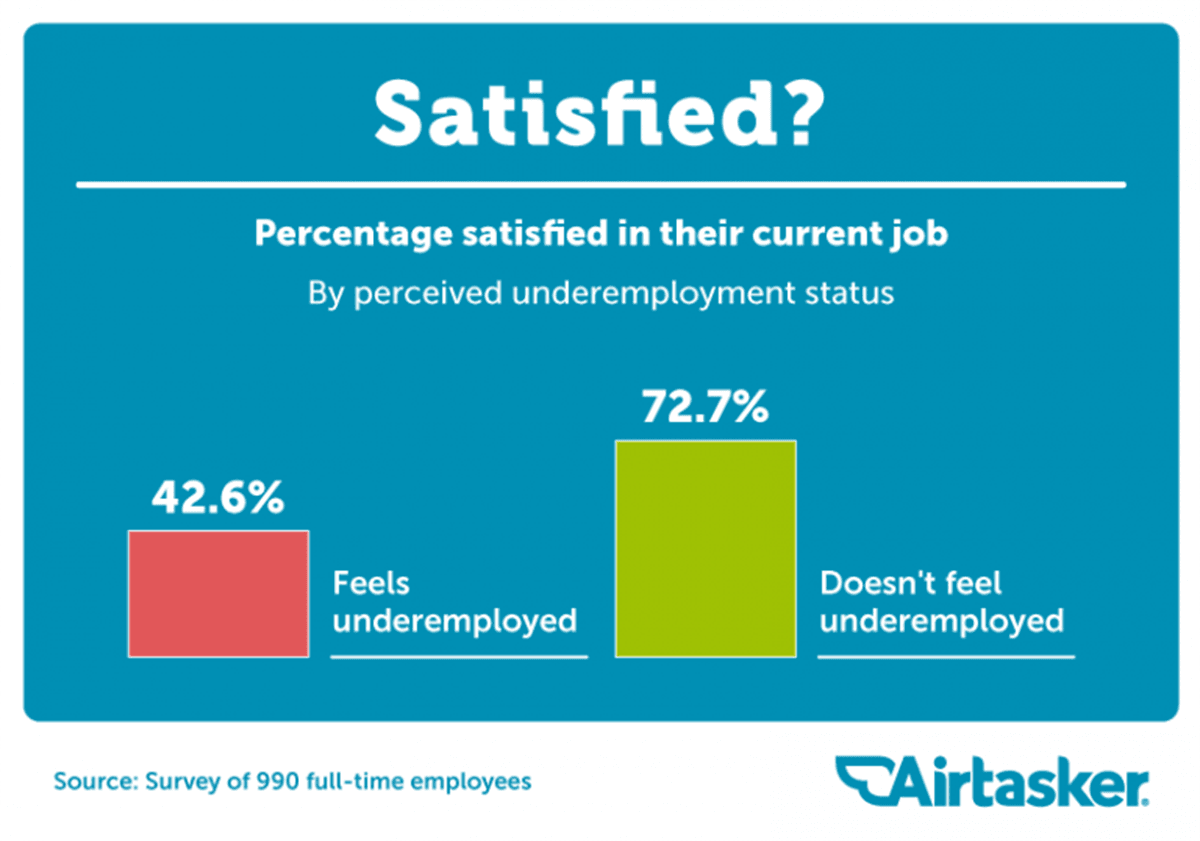 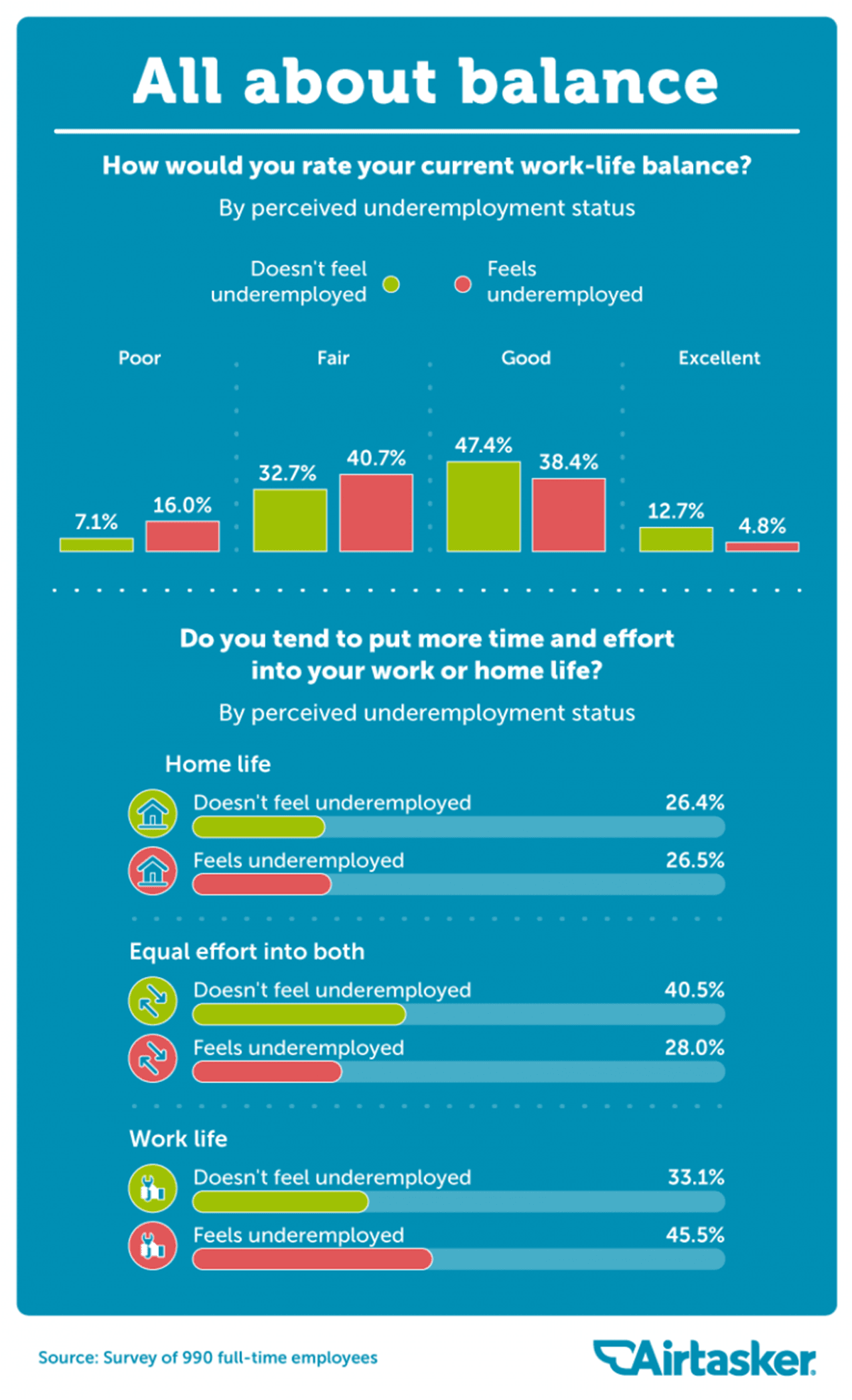 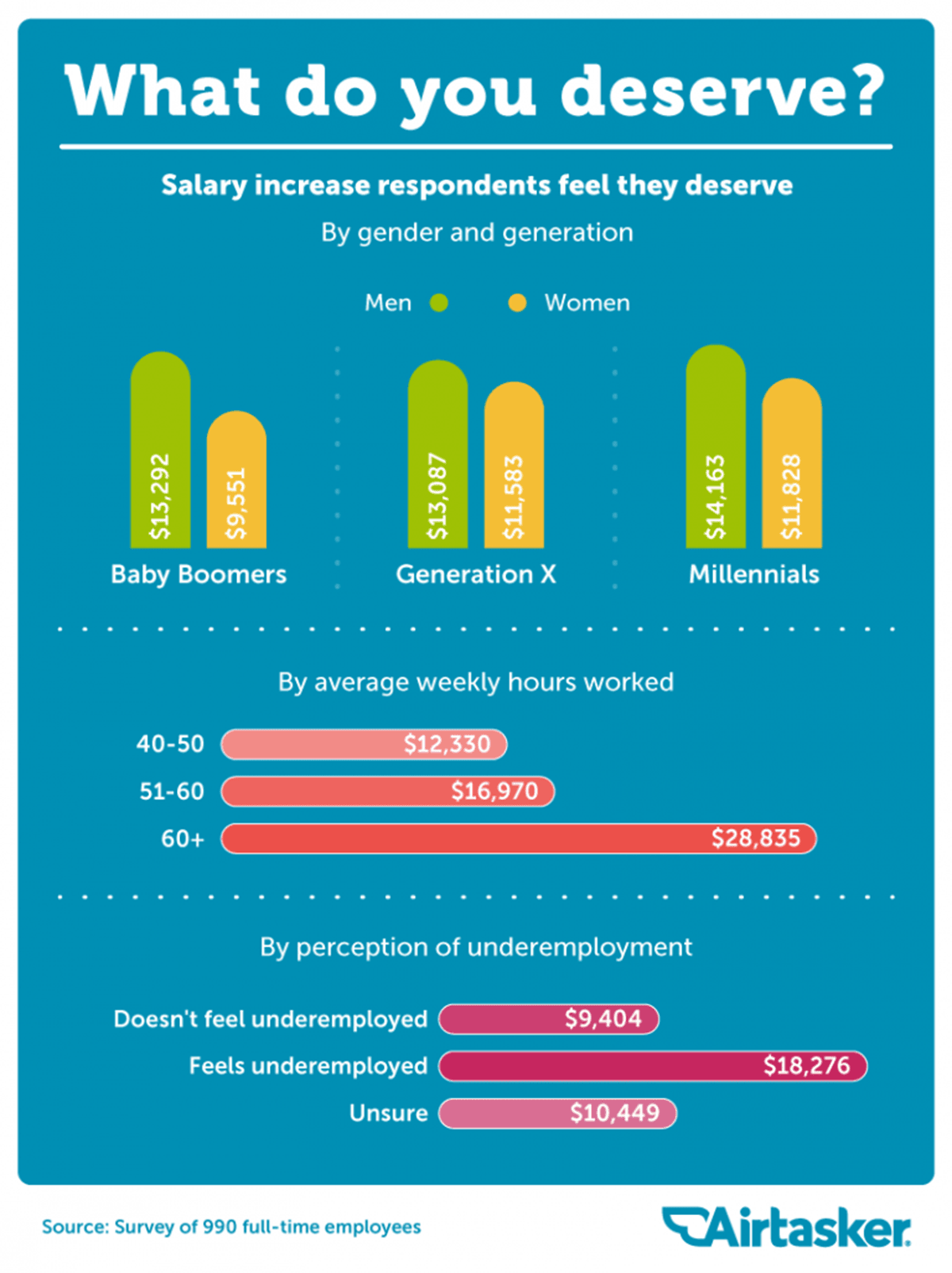 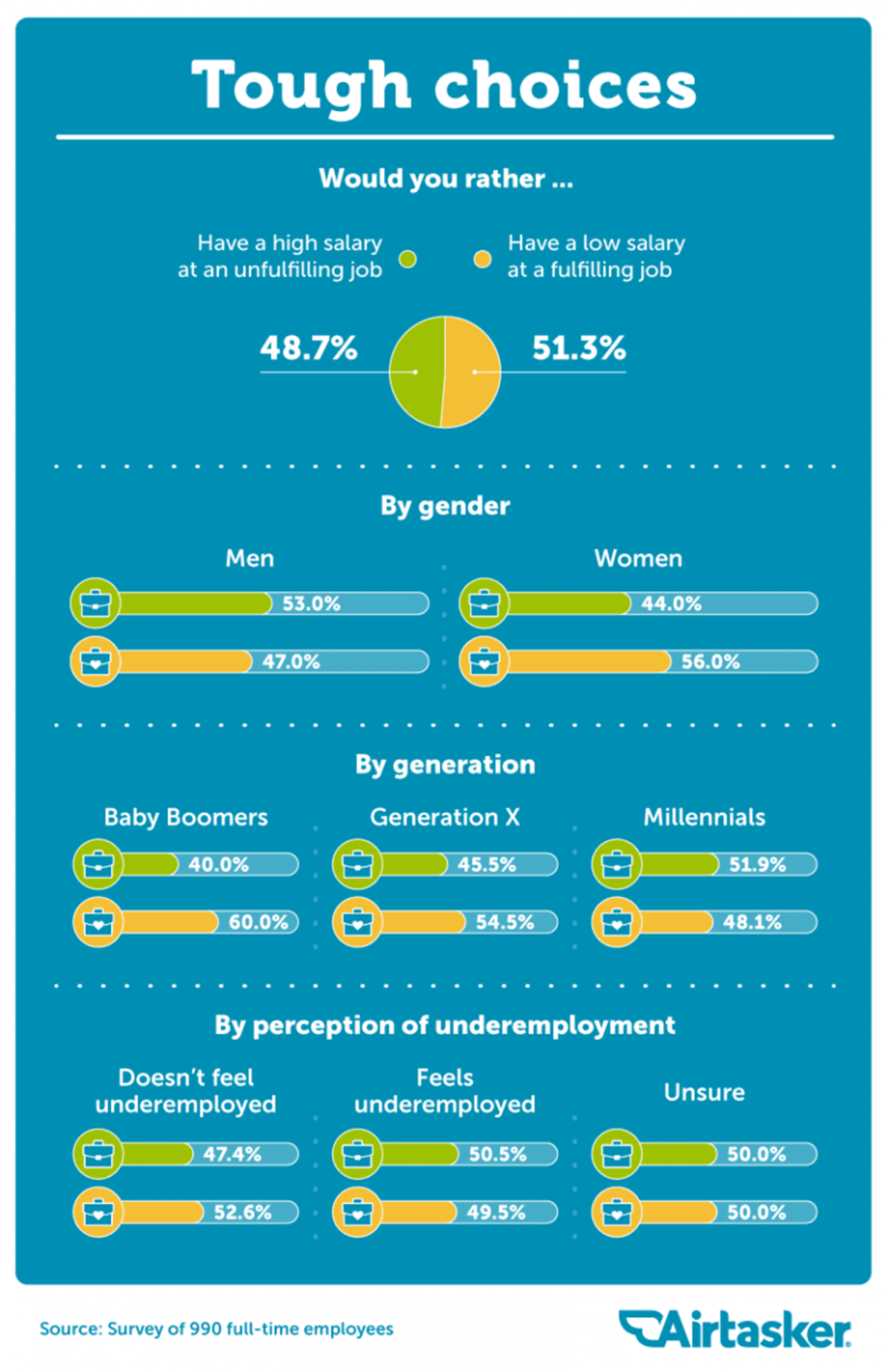 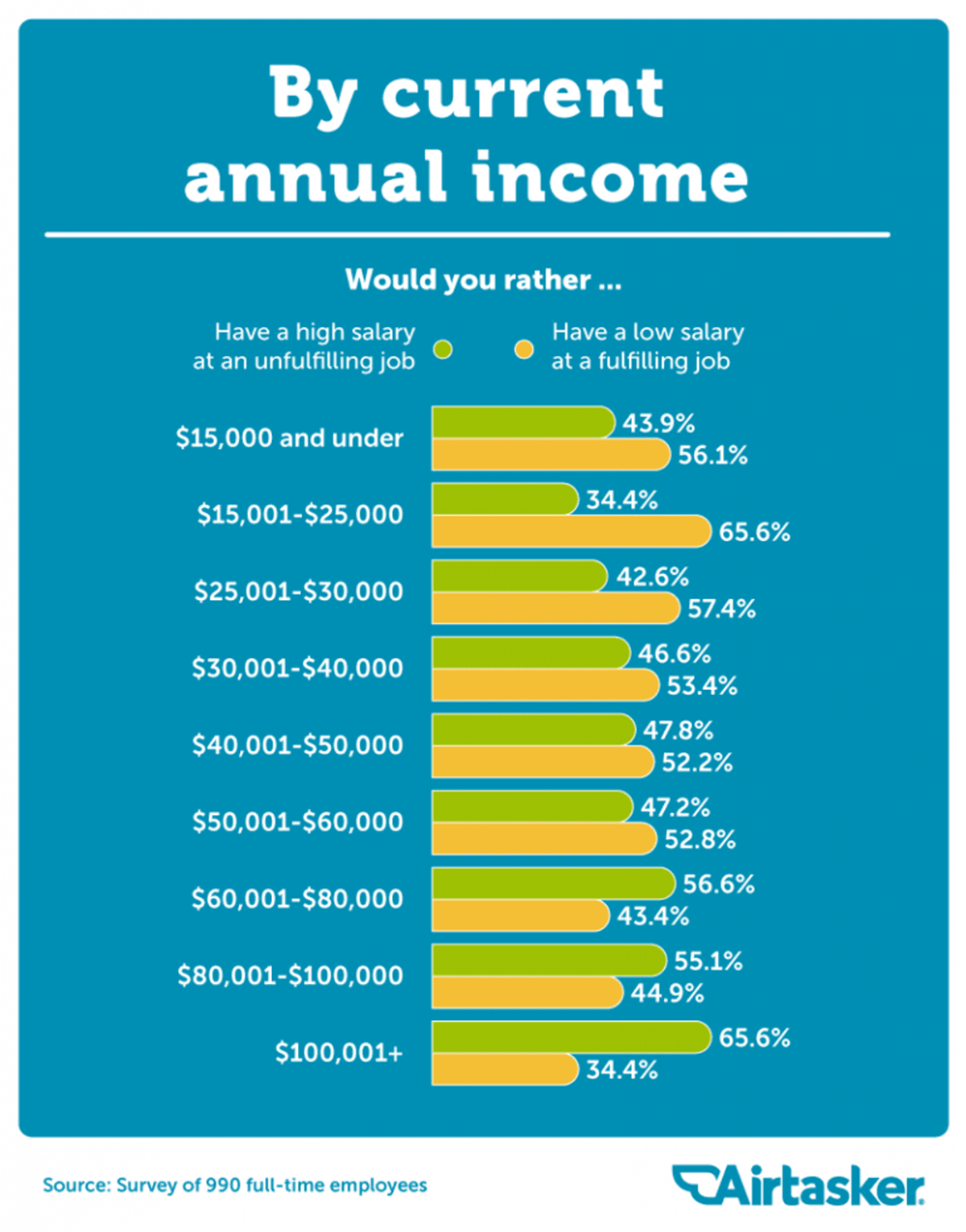