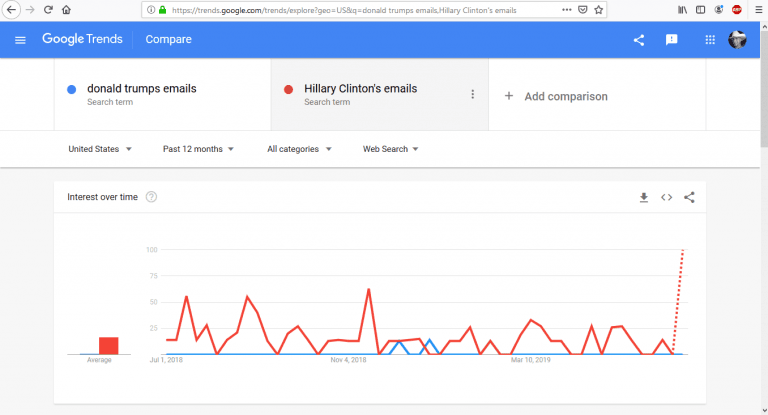 The Daily Wire reported on June 24 that Google is manipulating search results in order to determine what users see. The source of the report was a video from Project Veritas, which seeks to expose corruption. Their team believes Google hopes to prevent Donald Trump from winning a second term in the 2020 elections.

Past History Of Search Manipulation

This is not the first time the search engine giant has come under fire regarding its flagship product. According to multiple sources, Google manipulating search results is allegedly an ongoing problem that has continuously landed them in hot water. Duck Duck Go is a Google competitor, and they released a study in December 2018 that states:

“Google has claimed to have taken steps to reduce its filter bubble problem, but our latest research reveals a very different story. Based on a study of individuals entering identical search terms at the same time, we found that:

• Most participants saw results unique to them. These discrepancies could not be explained by changes in location, time, by being logged in to Google, or by Google testing algorithm changes to a small subset of users.

• On the first page of search results, Google included links for some participants that it did not include for others, even when logged out and in private browsing mode.

• Results within the news and videos infoboxes also varied significantly. Even though people searched at the same time, people were shown different sources, even after accounting for location.

• Private browsing mode and being logged out of Google offered very little filter bubble protection. These tactics simply do not provide the anonymity most people expect. In fact, it’s simply not possible to use Google search and avoid its filter bubble”

According to Vox, Google manipulated search results in favor of their products and was fined $2.7 billion hy the EU in 2017 as a result. The New American, a conservative online publication, also cited the study performed by Duck Duck Go, as well as a 2012 study conducted by the Wall Street Journal. The study from the WSJ states Google “often customizes the results of people who have recently searched for ‘Obama’ — but not those who have recently searched for ‘Romney.” Even the liberal USA Today reported in Spetember of 2018 that President Trump accused Google of this devious activity. The list of accusers goes on and on, stretching back half a decade.

Project Veritas believes that Google has been tampering with search results for quite a while; however, until now they had no proof. So, they sent in two undercover reporters to try and obtain proof of what Google was actually up to. The reporters met for lunch with Jen Gennai, the head of Google’s Responsible Innovation team. During the course of the conversation Gennai allegedly admitted to Google manipulating search results through the use of artificial intelligence. They also talked about what she referred to as the “Trump situation” in 2016 and the upcoming 2020 elections. Gennai can be heard in the video plainly stating that Google would determine what was fair and what was not fair in terms of search results and news reporting. “The reason we launched our A.I. principles is because people were not putting that line in the sand, that they were not saying what’s fair and what’s equitable so we’re like, well we are a big company, we’re going to say it.”  Speaking about the 2016 election, Gennai also said “We all got screwed over in 2016, again it wasn’t just us, it was — the people got screwed over, the news media got screwed over, like, everybody got screwed over — so we’re rapidly been like, what happened there and how do we prevent it from happening again.” It seems the 2020 elections are at the top of her team’s priority list, and the comments seem to infer that the company intends to prevent Trump from winning. For Google manipulating search results would be a valuable weapon for that situation.

Just weeks after their reporters obtained this information, an unnamed Google insider came to Project Veritas with documents that allegedly prove Google is manipulating search results by using “ML Fairness.” Basically ML Fairness is a way for artificial intelligence to sort through information on the web and label the source of the information in several categories. According to the Google insider, once it is labeled, Google’s algorithms kick in to determine where that information should appear in search results. Conservative sources are often labeled “Right Wing” by this AI process, and then pushed down in search results. The unnamed source also says that Google is pushing its political agenda through the use of its platform. Trump doesn’t line up with that agenda, and it is believed Google intends to stifle truth during the 2020 elections. 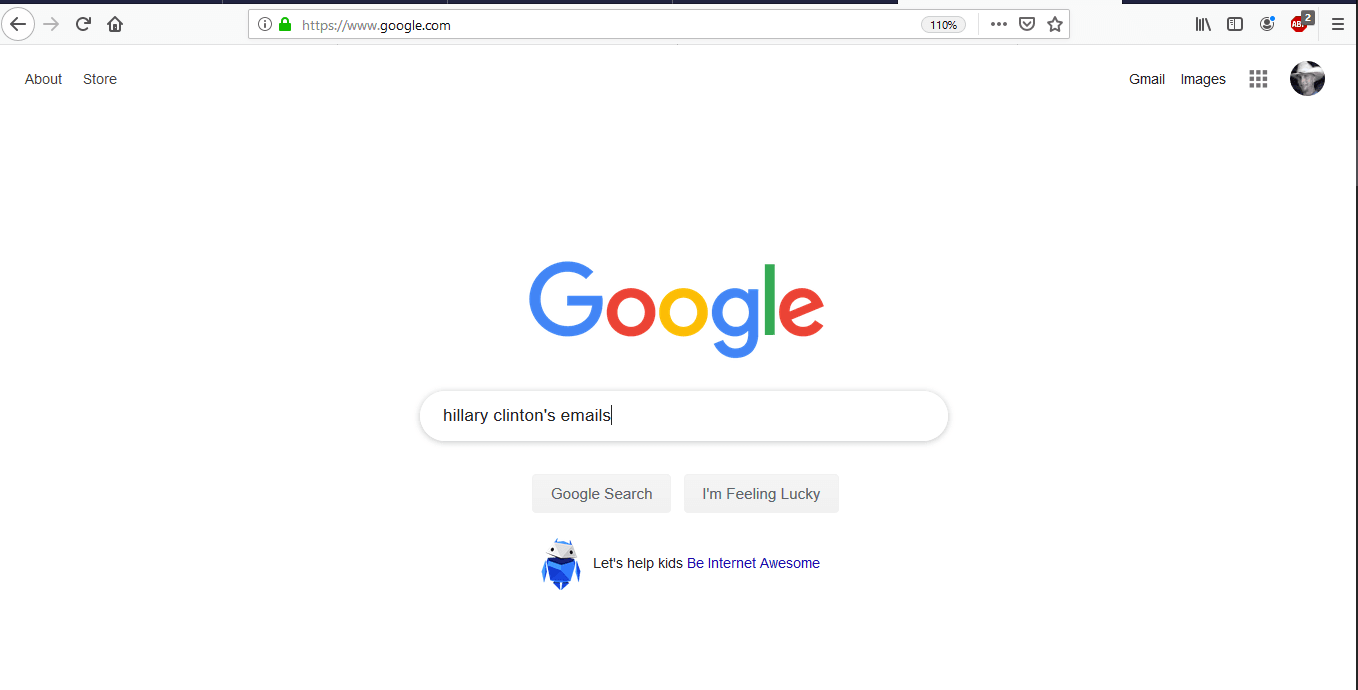 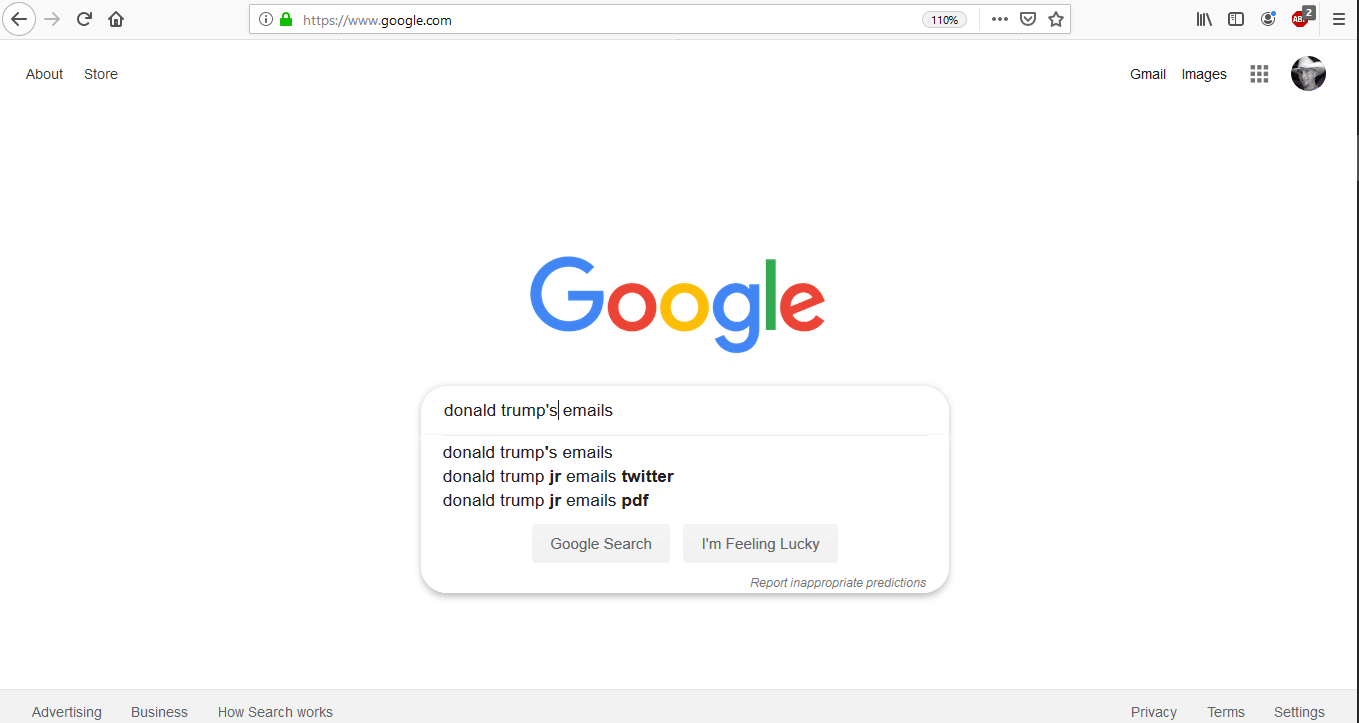 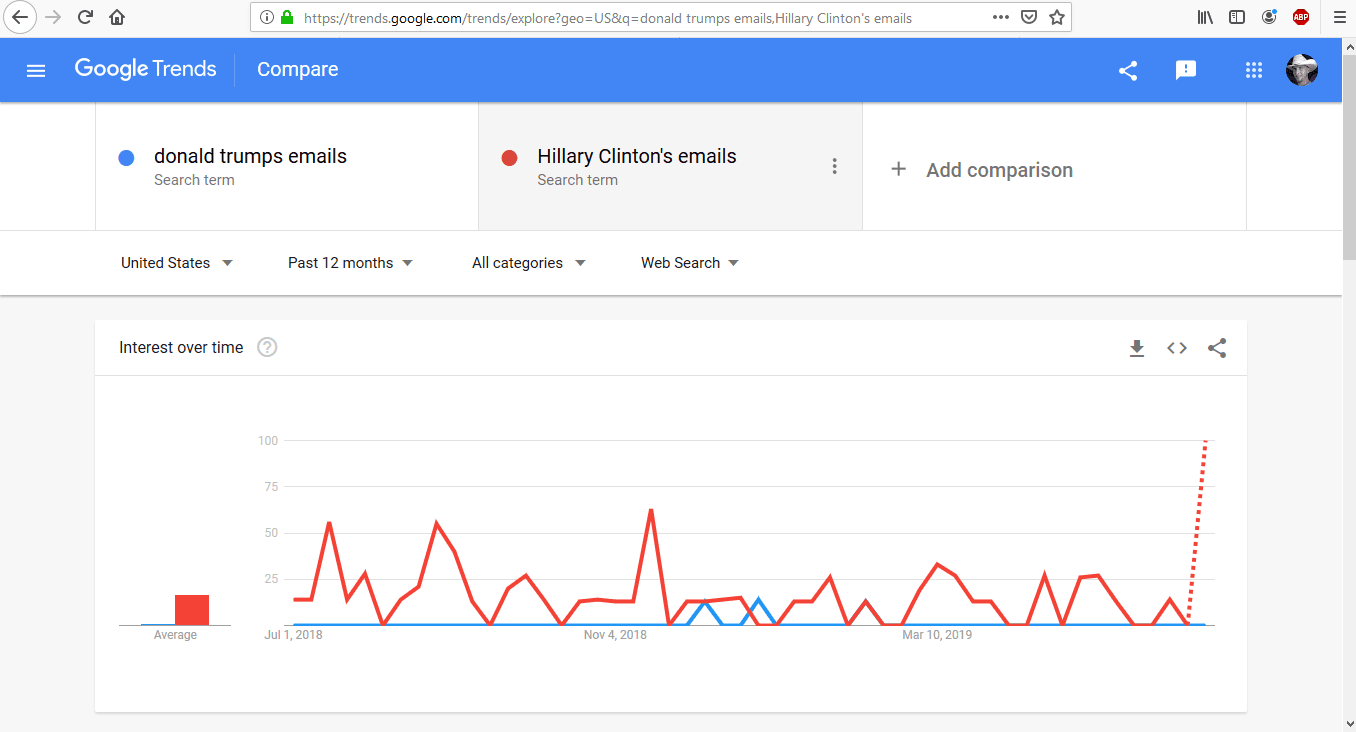 If Google is manipulating search results by determining what you see in the automated search suggestions, then it will be fairly easy to find out. When you begin typing in a search term, auto fill results begin popping up in a list below where you are typing. These have typically been placed because they are the top search terms that contain the keywords you are looking for. This means that all users should get the same results. However, Google has allegedly changed that algorithm by boosting searches that line up with their political agenda, and hiding those which don’t. For instance, if we type “Hillary Clinton’s emails” in the search bar, we get zero suggestions. However, if we swap that search term to “Donald Trump’s emails” a list of suggestions pops up in the auto fill field. While that may seem unimportant, a look at Google Trends tells us the whole story. When we compare the number of searches for the two search terms over the last 12 months, we can see that “Hillary Clinton’s emails” has been searched exponentially more than “Donald Trump’s emails.” This tells us with certainty that Google is manipulating search results by choosing what they believe the public should easily see, rather than showing what the public is actually searching for. If this is allowed to go unchecked, the 2020 elections will definitely prove to be a trying time for President Trump.

Google Thumbs Its Nose At Congress

Gennai stated in the video Project Veritas released that the company had, at times, refused to show up when called by Congress to do so. She said, “we got called into Congress multiple times, and we’ve not shown up because we know they’re just going to attack us.” Many members of Congress believe Google is manipulating search results and are demanding answers. While President Trump won by a large margin in 2016, the 2020 elections could be a different story if Google can control the flow of information.

Google Search is not the only platform the company has been using to change what the American people see. According to the insider who came to Project Veritas, YouTube is also being monitored and controlled. Content creators on YouTube who tend to align with President Trump or hold what Google considers to be “Right Wing” views are suddenly finding the number of views their videos get dropping through the floor. The insider explains that this is because Google manipulates search results on YouTube too. YouTube videos are transcribed by machines and then the text is analyzed for keywords that help Google label the creator. If they fall into a category like “Right Wing” their video gets stifled in search results, meaning the number of people who see it drops considerably. This could potentially be a problem during the 2020 election, when conservative creators attempt to share information with the public on YouTube.

The video, showing clips of a secret recording made by undercover reporters who were talking to Gennai, was posted on YouTube by Project Veritas. It is not surprising that within just a few hours the video was deleted from the platform by Google. The company cited “3rd party privacy claim” as the reason the video was pulled. Many claim this is just one more way Google is manipulating search results and stifling free speech. It seems Google has been outed in a big way, and while President Trump may win in the 2020 elections, if Google goes to war with his campaign he will find it to be an uphill battle. The bottom line is that no matter what the political agenda of Google, they have no right to limit the availability of information to the public. It is time the people stand up to the giant and demand equal ground for all content creators in search.

What Does Google Have To Say For Themselves?

Jen Gennai responded to the Project Veritas video on Google’s Medium platform, attempting to explain away what happened. She pointed out that the people who had recorded her had done so under false pretenses, and had invited her to a lunch. She said the people from Project Veritas “filmed me without my consent, selectively edited and spliced the video to distort my words…” While the video is obviously taken with a camera that was hidden, and Gennai did not know she was being recorded, the words coming out of her mouth seem very incriminating. She denies that Google is doing anything nefarious regarding politics and exposure for conservative viewpoints. Is Google manipulating search results to further its political agenda? The edited version of the video definitely seems to indicate that this is true. Also, the alleged whistle blower stated in no uncertain terms that this is actively taking place behind the scenes at Google.

We have updated this article at the request of a reader, who pointed out that I did not even bother to mention Gennai’s response to all of this. This is a fair point, as we do strive to provide fair and balanced coverage of all news topics here at ValueWalk. I apologize as the writer for not including that information in the original post. That said, do some research for yourself. Talk to some of your friends who have opposing political viewpoints and are active Google users. Ask them to search for the same search terms you are searching for, and send screenshots of what they are seeing for you to compare. I spent several hours last night doing exactly that, and the results are astounding. Whether or not Google is manipulating search results intentionally, it is a certain fact that different people find different information when searching for identical search terms. This means that we see is absolutely being censored by someone.