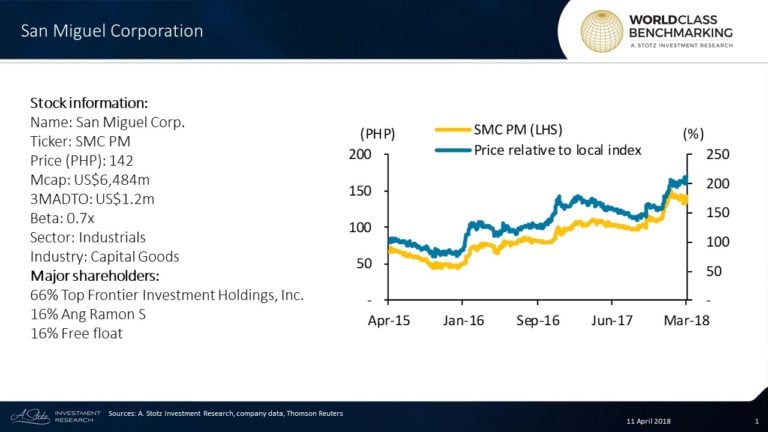 San Miguel Corporation (SMC) is one the largest conglomerates in the Philippines.

SMC’s largest contributor (53%) is its fuel and oil segment through Petron Corporation (PCOR PM). It is the largest refining and marketing company in the Philippines, supplying nearly 40% of the country’s oil requirements with a rated capacity of 180,000 barrels per day. 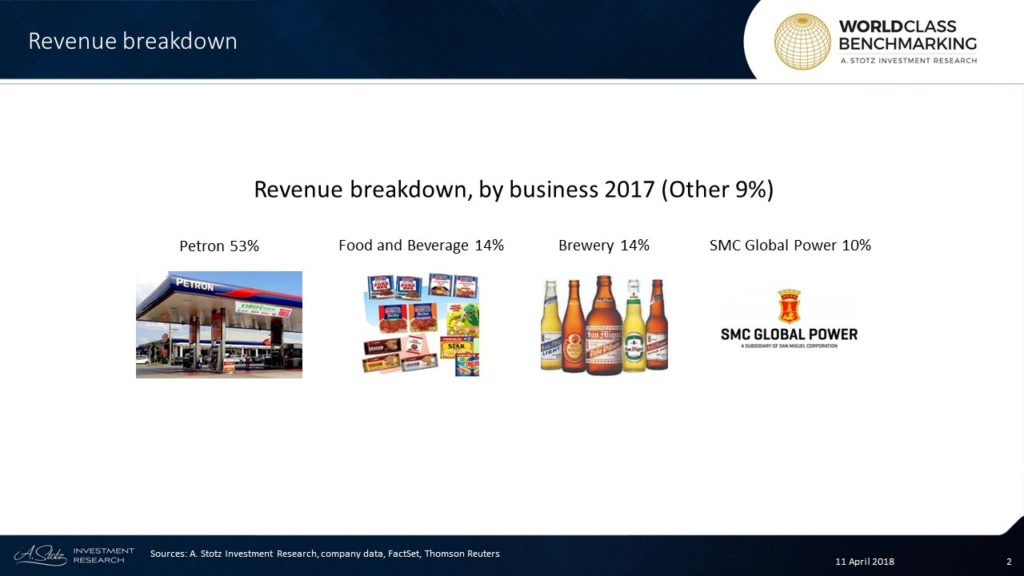 San Miguel Brewery, Inc. also contributes 14% of sales, the largest producer of beer in the Philippines with a market share of 93%, meanwhile Ginebra San Miguel, Inc. (GSMI PM) its liquor business, is engaged in the manufacturing of alcoholic and non-alcoholic beverages.

Eduardo M. Cojuangco, Jr. has served as the Chairman and CEO of San Miguel Corporation since 2003. He is also the Chairman of SMC’s listed subsidiaries Petron Corporation (PCOR PM), San Miguel Food and Beverage, Inc. (FB PM), and Ginebra San Miguel, Inc. (GSMI PM). Mr. Cojuangco has completed multiple Master’s degrees in the field of Economics, Humanities, and Agri-Business from multiple institutes in the Philliphines. 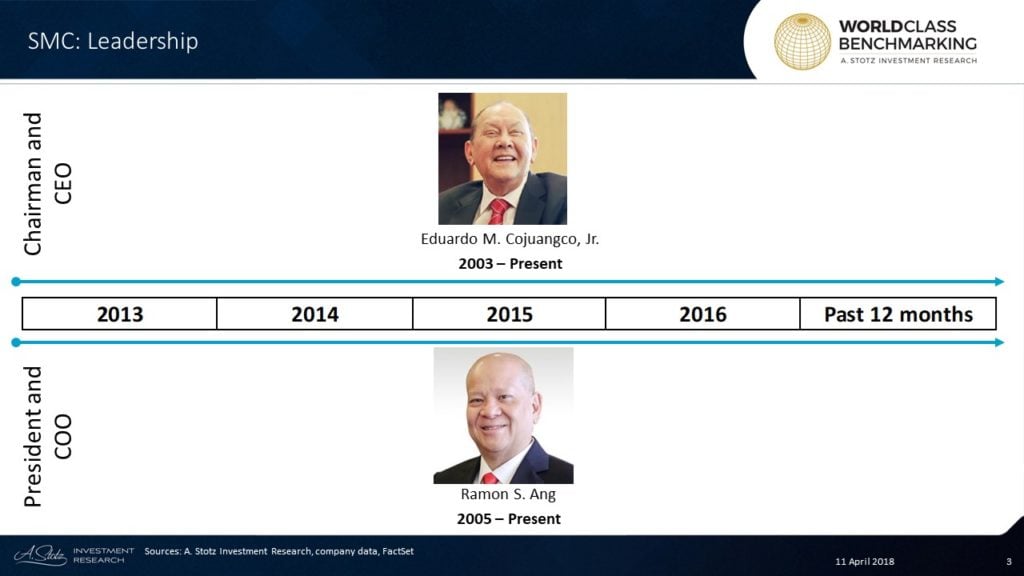 Ramon S. Ang joined the group in 2002 and is the current Vice Chairman, President, and COO of SMC. As Chairman Cojuangco he also holds leadership positions in a number of organizations including subsidiaries of SMC. His education consists of a Bachelor’s degree in Mechanical Engineering from the Far Eastern University, Philippines.

Profitable Growth has been poor after 2013 and ranked at #9 in the past 12 months.

Profitability greatly resembles the trend of Profitable Growth while Growth has been better, attaining above average ranks in most years. 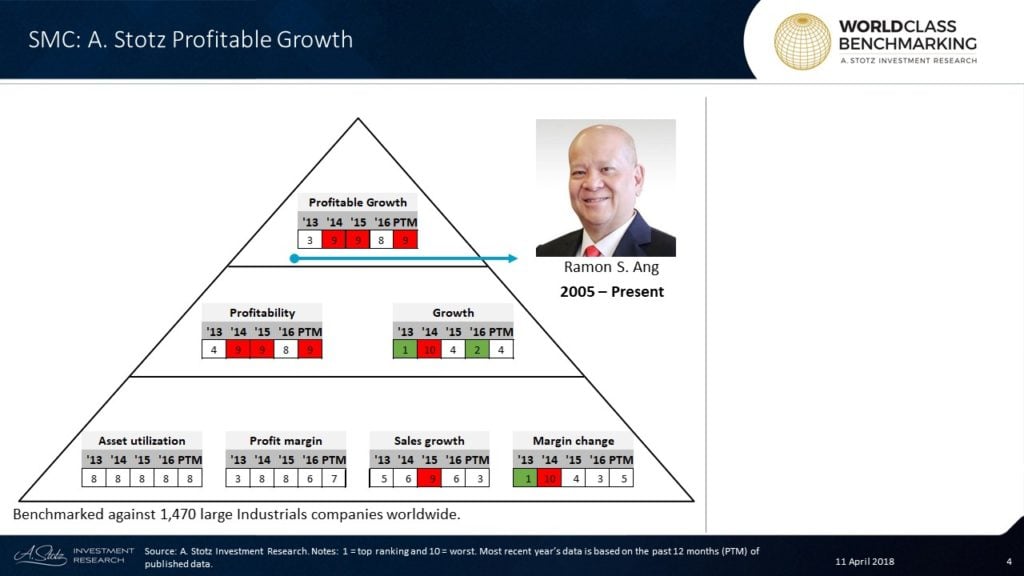 Asset utilization has consistently ranked at #8 throughout the years. Profit margin saw an improvement to #6 in 2016, but fell back one step to #7 in the past 12 months.

Sales growth has ranked below average in most years but has risen to rank #3 in the past 12 months. Margin change saw good improvements in rank in 2015-2016 but fell to an average rank in the most recent period.