Google Pixel 3 and 3XL are expected to release somewhere around October of this year, but before that, a Google Pixel 3 leak and reports are filling us with some idea of what the two phones would be like. Such rumors and reports, however, should be taken with a pinch of salt unless the search giant confirms any of these.

The latest Google Pixel 3 leak (shared by Slashleaks) reveals images of the supposed screen protectors of the two phones. However, if those are really the screen protectors for the Pixel 3 and Pixel 3XL, then a few obvious questions come to mind. To begin with, until now, the notch was ruled out from the Pixel 3XL, but the new render quashes those claims, obviously giving way to more questions. 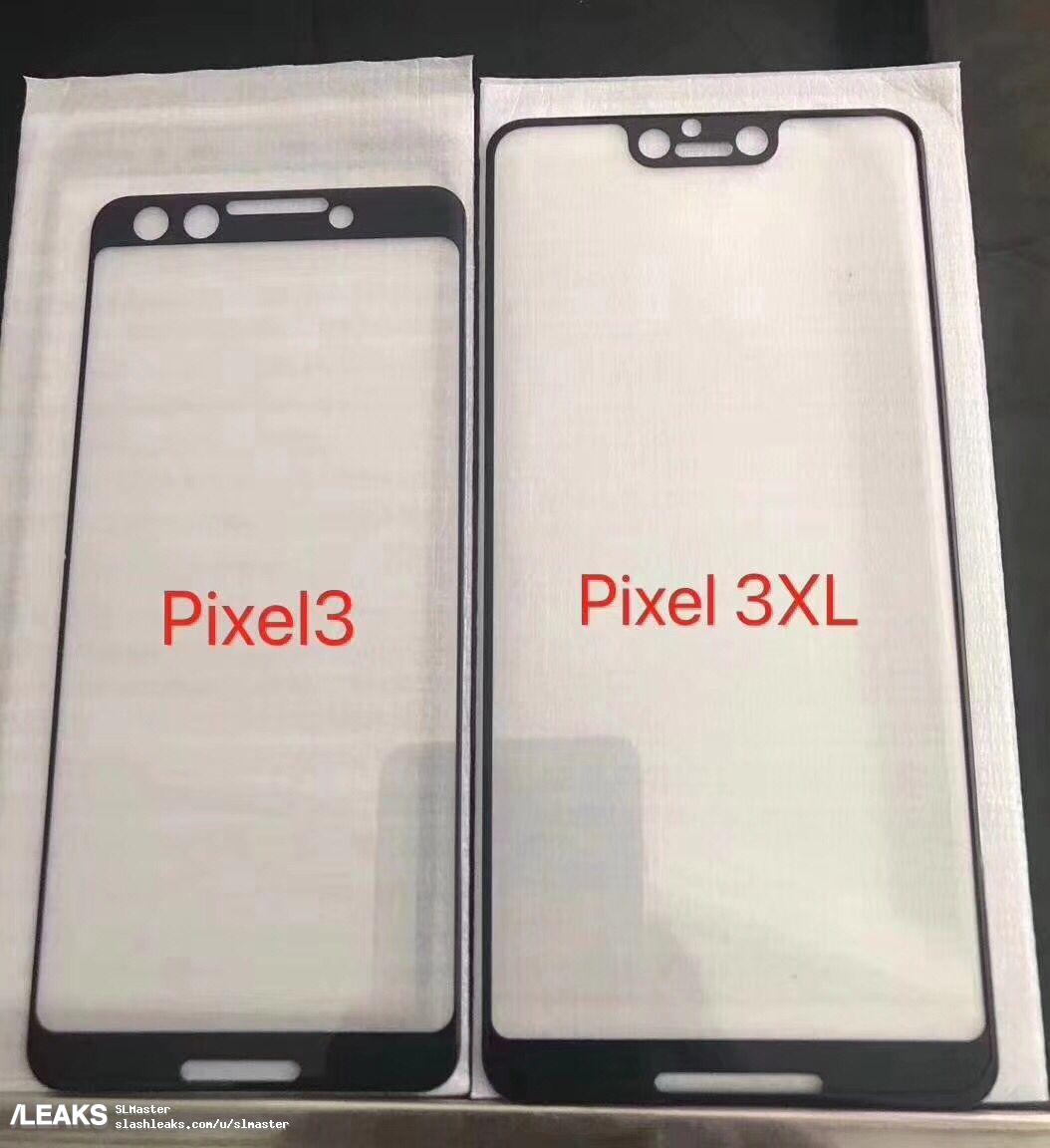 About the smaller Pixel screen protector, the most exhilarating part is the lack of a notch, hinting that Google is working on delivering a compact flagship.

Further, the latest Google Pixel 3 leak also shows three circular holes at the top, creating a little suspense over what they could be for. The smaller hole could be for proximity and ambient light sensors, while a bigger one could be for the camera. However, the purpose of the third hole is still a mystery. It is not just the holes that are stirring up questions, there is a noticeable chin at the bottom as well, which could house the stereo front-facing speakers.

Google has been able to deviate from the twin sensor trend for two product generations now. Now, the Google Pixel 3 leak suggests that the company seems to be ready to integrate the tech in the third-generation of the Pixel smartphones. Such a move suggests Google is entrusting a full production contract to HTC, instead of dividing it between LG and HTC.

HTC already baked the dual-lens setup in its flagships U12 and also in U11’s Edge Sense functionality last year. Also, HTC has implemented similar technologies into Google products before as well. The Pixel 2 lineup had the same solution, and only the name was changed to Active Edge.

Separately, last week Slashleaks spotted a potential design of the upcoming phone within the current Android P beta. The functionality hidden deep inside the beta shows the technology on the new phone design. Last year, Google talked about the Data Transfer Tool, and the animation explained how to use these features with the help of a sample smartphone. Later, the phone design used turned out to be the Pixel 2 XL.

This time, the search engine giant realized its mistake, and updated the Play Store to use a more generic design. However, such changes in the Android P are not possible without coming up with a new version. Even if Google wants everyone to believe that the phone design, which was pulled down hastily, is not the upcoming flagship, it does not make any sense to put up the picture of a device that might not be even be close to the upcoming flagship. If Google indeed opts to offer Android P beta testing on a design different from the Pixel 3, then it would make the flagships outdated as soon as they release.

Google is not alone in accidentally revealing the design of its flagship. Apple did the same thing last year, wherein the iPhone maker filed its HomePod beta software with iPhone X graphics months before the unveiling.

With the current range of Pixels, Google is able to outsmart the competitors in point-and-shoot photography with a single rear camera. This raises expectations about the upcoming Pixel camera. The Pixel 3 and Pixel 3 XL are expected to sport at least two rear cameras.

Many believe that the Pixel 2 is by far the best smartphone in the world. It’s not just the sleek design and fast operating system, but the camera is breathtaking as well. Something that struck a chord with the fans and critics alike was Google prioritizing functionality over cosmetic changes.

The smartphone offers easier access to mail, calendars, maps and other features. And, the synch of these services with the Google Assistant has rendered a whole new experience to the users. Further, having a fingerprint scanner on the back is always speedier to unlock the phone.

With the Pixel 3 and 3 XL in the making, it will be interesting to see how the upcoming flagships would carry that legacy moving forward. Other than the Pixel 3 phones, Google is reportedly also prepping Pixel branded smartwatches powered by Wear OS.