BitCoin and digital currencies are considered too risky for most investors. However, the earlier risks were about legality, integrity of the repositories and illicit use. These are fading now and for high-risk oriented investors, two stocks are appearing as buys in the recent BitCoin market correction: MicroStrategy Incorporated (NASDAQ:MSTR) and Square, Inc. (NASDAQ:SQ).

Currency is a worthless token that we agree to use to facilitate transactions, to store value and as a unit of account. Variations in purchasing power among currencies are reflected in the exchange rates and the foreign exchange market has been a popular spot for traders for decades and even more recently. When capital market stability became the goal of global central banks after the financial crisis; currency exchange markets have been the only game in town for traders.

Like all currencies, there is tremendous benefit to the issuer. The token is worthless but you can buy stuff with it which brings on the mindset of “let’s get as many tokens out as possible”. The problem is people must agree to accept them on demand. When it comes to the greenback, well, the wool is completely over our eyes as trillions and trillions of tokens are issued and we happily accept it.

To try to make digital currencies more acceptable and slow their issuance BitCoin appeared with the silly proposition that if we waste a lot of energy and computer power to create the token the “it will have value”.

A much more interesting early feature of bitcoin was a cap on the number of tokens that can be created. We will finally have a currency with a fixed number of tokens. That is very exciting for a money theorist since no other currency has ever had a fixed supply. But, in 2015 to 2018 when the exchange rate for bitcoin rose 9,500%, the value to the issuers (the bitcoin miners) became so huge that the fixed number of tokens idea was abandoned and supply exploded. Other token variations appeared and the total volume of tokens rose well beyond any intended fixed supply.

From 2017 to 2019 the dollar exchange rate for bitcoin (incorrectly called the price in the financial media) trended down and fell 83%. The willingness to hold currency increases as interest rates fall so when rates of return on currency equivalents (like a bank account) drop to zero so does the incentive to convert currency so at least part of the 1,600% advance in BitCoin since 2019 has been a direct result of the ultra-loose money policies around government-controlled currencies.

With the recent sharp drop (42%) in the US dollar exchange rate for bitcoin it is a good time to look for opportunities. Two companies appear in our most recent update. One is attempting to make money with a leveraged trading strategy and the other is making money by extracting a brokerage spread.

MicroStrategy (MSTR) is a small enterprise software company with $485 Million in sales last year. Over the past three quarters the company has spent $2,200 Million to purchase BitCoin. They financed the purchase with the issuance of $1,500 Million in debt (convertible). Their prowess as a trader is drawn into question after they missed the recent decline-one of the steepest drops in the dollar value of BitCoin in its history.

This is a good high-risk choice for an investor who believes the in ever escalating dollar price of BitCoin. Evidence so far is that the company does not intend to trade BitCoin. At least they missed the most important selling opportunity since December 2017. Their reference to Bitcoin as a digital asset is preposterous. It is no more an asset than the greenback in your wallet is. The recent trend on Wall Street to describe BitCoin as an asset and even more bizarre-digital currencies as an asset-class is self-serving.

The company has already booked a $190 Million loss on the position and the shares are down 50% while Bitcoin is down 42% (the MSTR drop is a modest decline given the MSTR leverage of the bitcoin position). This is your high-risk choice and the shares can be expected to perform as well as bitcoin and better given the leverage.

The other company that referenced digital currencies in its financial statements is Square (SQ). The company is ten times bigger than MSTR and BitCoin purchase is much smaller at $170 Million. This company has emerged as a broker in digital currencies. You can now open a digital currency account (a wallet) sponsored by well financed public company. The company is acting as a broker. A broker (very rare in modern times) purchases the token and sells it into customer Wallets at a premium (the spread is now about 8%). This is a much lower risk business and success will be more a function of the volume of trade than the dollar exchange rate.

Square (SQ) is the better choice for lower risk investors if the digital currency space remains volatile. Bigger supporters will sustain the volume of transactions and Square will make money collecting a spread on the rising speculative volume. If the bitcoin exchange rate stabilizes and it becomes more useful as a preferred currency to facilitate transactions, Square will make money on the expanded transaction volume. Speculators can buy MSTR. High risk-oriented growth investors should buy SQ.

Digital currencies will not become broadly acceptable until exchange rates are more stable and that stability will make them much more boring for a trader. For the volume of trade in bitcoin to move beyond speculation and into adoption as a currency it must become more stable. Reliable and steadiness will facilitate transactions. BitCoin is accepted a bit more broadly recently but still you cannot buy a Tesla or in other words acts as a store of value. Holders of bitcoin recently have seen the value drop 42% as digital currencies attempted to be adopted as a global unit of account. No firm direction yet but they will meet stiff resistance from governments who are unwilling to give up the benefit as a currency issuer). 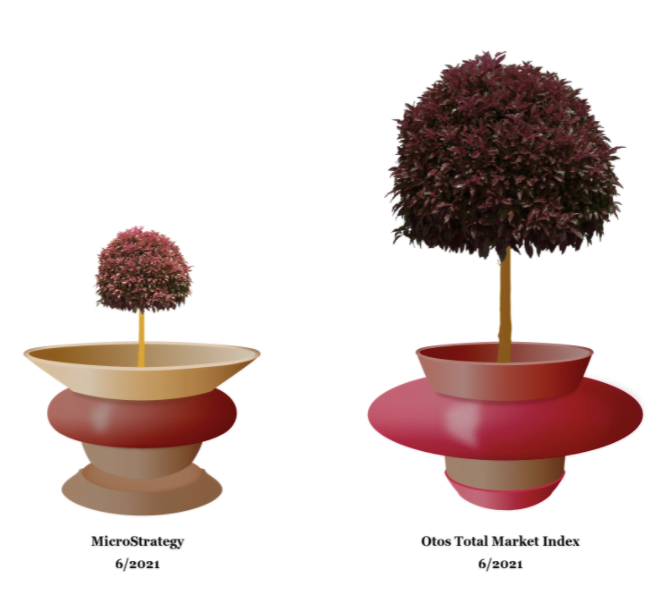 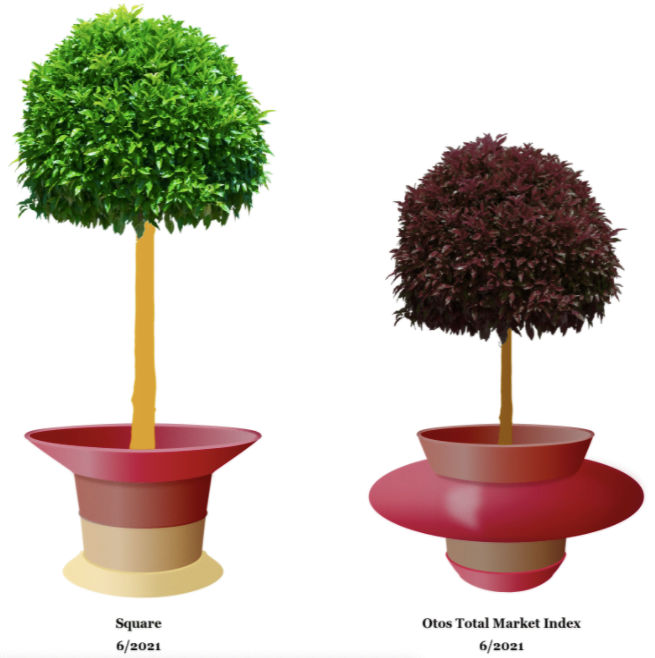