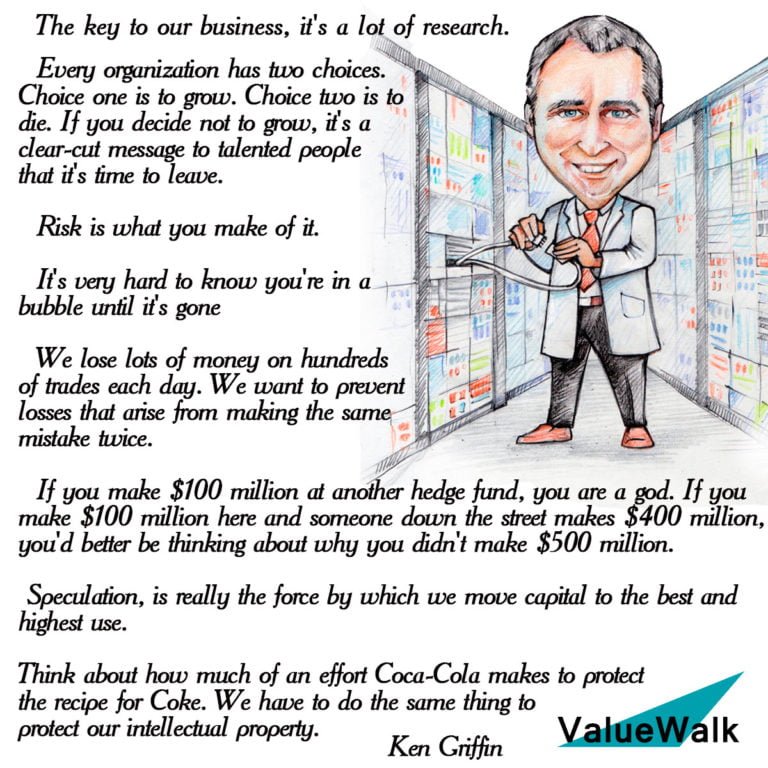 Ken Griffin, Citadel founder and CEO, speaks to CNBC’s Andrew Ross Sorkin about U.S. trade policies, the EU fining Google and the state of the U.S. banking system at the Delivering Alpha conference.

The tariffs effect permanent change on the ability for U.S. companies to compete more successfully around the world. Eimear or Apple couldn't cell phones in China just a few years ago. Right. Think about how crazy this is. OK. They sell Apple sold X hundreds of millions of iPhone's all made in China and we could cell phones in China. OK. So there's something inherently wrong with that and that's what the president is is what do you worry about what the administration is doing. Does it put Apple then at risk today. It makes it difficult to understand where you should build your next factory. It makes it difficult to understand how aggressively you should invest in your future because a prolonged trade war will slow global growth. How much do you think are our international relationships matter and I'll give you this morning. The big headline was a Google Alphabet. Google's parent being fined five billion dollars you're one of Google's largest shareholders. How much do you look at that both in the context as an investor and as something as part of a larger geopolitical relationship. The Google case is extremely complicated. The EU ironically has become almost more aggressive in trying to create competition than the U.S.. Now the EU for example has a whole series of mandates designed to increase the competitive dynamics between the European banks by opening everyone's bank account to a series of fintech providers. The U.S. banking systems become much more concentrated over the last couple of years. And such a revolution is not at our doorstep.

So there's a bit of a difference here between the U.S. and Europe. The Europeans are actually trying to increase competition on their continent whereas the U.S. has become more laissez faire in this respect and which version do you like better. I love competition. You've talked about we talked about competition you've talked about breaking up the banks before. Yes I have. Are you still on the break up the banks brigade. I mean for choice I think a larger number of banks creates more competition. Competition creates value for consumers. Remember the function of our capitalist society is about creating value for consumers and changes that we make to our economy that encourage innovation which comes from competition that encourages consumers to get a better deal whether it's better healthcare lower cost products new innovations on transportation. Those are what we should aspire to create when we think of architecting our economy.