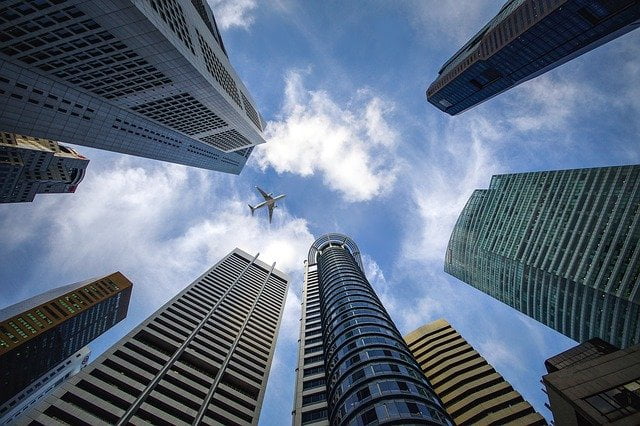 Was it a minor violation of a corporate policy or more about inside politics? That is what people familiar with recent changes at Morgan Stanley are asking today in light of the financial service company recently parting ways with one of their top performers.

Thane Stenner headed a significant team for Graystone Consulting, a business unit of Morgan Stanley that handled nearly $20 billion of assets for institutional clients out of its San Francisco office. One of the top-performing teams across the entire Morgan Stanley/Graystone system, Stenner and his team ranked #8 nationally and was the #1 Ranked California based advisors on Barron’s 2020 Top 50 list of institutional advisors, as well as #2 Nationally Ranked in Canada by Wealth Professional in 2016. It was the second year in a row Stenner’s team ranked in the top 30 in North America after being recruited almost four years ago from Canada.

After being granted pre-approval from Morgan Stanley for a personal private placement investment, Morgan Stanley terminated Stenner for an alleged violation of a highly technical procedure. The company cited a “memorandum referencing potential compensation” from the private company in its U5 form disclosure to FINRA.

Two Sides to Every Story

Like any story, there’s more than one side. I have been able to obtain information that says Mr. Stenner followed Morgan Stanley procedures by disclosing, seeking, and being pre-approved by Morgan Stanley’s compliance dept through normal protocols for the investment that accounted for his departure. Further, I have been told that neither he - nor any member of his team - received any compensation as part of his personal investment or took any action. Evidence was presented that supported Stenner’s claim but was apparently ignored by local management.

Morgan Stanley admits that none of their clients were involved in the dealings or solicited by Stenner as part of the investment.

So, what’s really going on here?

Aside from the alleged technical firm policy infraction, one could see how internal dynamics and politics could have been in play. I have been told Stenner may have gotten stuck in the middle of a political power struggle between two divisions at the financial giant. The news broke within a week after Stenner reportedly indicated his strong interest in a potential move to the private wealth management division at Morgan Stanley – which had been recruiting him internally. After expressing an interest in moving to a new position within the company, I was told the atmosphere quickly changed at the local complex management level in San Francisco.

Digging a little deeper, I was told that the folks at the local San Francisco Global Wealth Management complex might have felt slighted and embarrassed that one of their top teams wanted to leave to join another division at Morgan Stanley. There were concerns it might raise questions as to why this team wanted the internal transfer and how it might affect their local management’s internal firm rankings in the company and local management’s annual bonuses.

There’s another interesting wrinkle in this story. In October, Morgan Stanley signed a consent order with the Department of the Treasury in what amounts to a $60 million fine for mishandling the decommissioning of two data centers and potentially exposing customer information. According to the complaint, the bank neither admits nor denies its role in the incident. However, the Comptroller’s office summed it up this way:

Stenner’s personal private investment involved a technology firm that reportedly had an interest in pursuing business with Morgan Stanley.

FINRA rule 3280 prohibits members from receiving financial compensation in connection with a private securities transaction. While we hear that Stenner did not receive any compensation or take any action on behalf of the tech firm, the memorandum of understanding may have hinted at potential compensation for making an introduction.

A check of Stenner’s background shows no previous lawsuits, complaints, or compliance issues, according to Brokercheck. Information publicly available online shows Mr. Stenner has an otherwise clean record and draws from a blemish free career spanning three decades. “Stenner has handled billions of dollars of security transactions on behalf of some of the top entrepreneurs and family offices in both the US and Canada. He’s served on more than 15 non-profit or for-profit advisory boards. A known philanthropist, he has contributed more than $3 million to various charities, non-profits, and causes during his career according to his prior bio found online.”

Multiple attempts to get comments from Stenner have gone unanswered. That’s not unusual, however, when there are personnel disputes – especially if there will be a FINRA arbitration case that’s being brought against Morgan Stanley for improper discharge.

Morgan Stanley’s only public comments on the matter are what was disclosed to FINRA.

As I have been following this story, I was also able to verify that FINRA, the US regulator, re-activated and transferred Mr. Stenner’s retail license within 24 hours of his transfer application being submitted, strongly implying they clearly had no issues with Mr. Stenner’s integrity and credibility as an advisor. No Terms and conditions were applied on Mr. Stenner’s licensure. It was also verified that the Canadian regulator IIROC also re-activated his license without any terms and conditions.

In the meantime, Stenner continues to be licensed with FINRA in the US. In my discussions with people at his prior firm, it was also noted that Mr. Stenner, as Barron’s #1 ranked California based Advisor on their 2020 Top 50 list, was hotly pursued on the recruiting front by over 8 firms, including JP Morgan and some Canadian Bank investment dealers. Long term relationships and a unique independent platform seemed to have prevailed and resulted in Mr. Stenner joining Canaccord Genuity’s US and Canadian cross border wealth units as a Director, Senior Vice President and Portfolio Manager. He seems to have landed on his feet well as it appears he has already built an 8-person professional team named “Stenner Wealth Partners+”. According to Bloomberg, Canaccord Genuity was also ranked #1 in IPOs in Canada for the last 3 years including most recently in 2020. Canaccord Genuity is the largest independent investment dealer in Canada and has operations in 10 countries, including the US, Canada, UK, France, Germany, Ireland, Hong Kong, China, Singapore, Australia, and Barbados. Stenner has historically specialized in working with successful entrepreneurs, family offices, and corporate/non-profit foundations with pools of capital of at least $25m+, according to publicly available records found online.