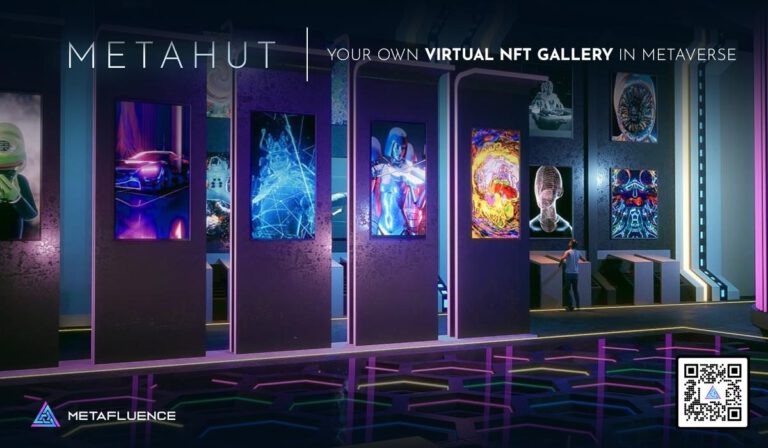 Becoming a social media influencer can seem like a glamorous pursuit, but, given the nature of constantly changing algorithms on social networks, it may pay them very little. Instead, the bulk of the revenue goes to platforms such as Facebook and Instagram.

However, the growing metaverse trend could be exactly what social media influencers need to boost the brands they represent and turn a profit in the process. Influencers who can tap into the metaverse will be the ones who will see their profits jump through their efforts.

What Is The Metaverse?

The metaverse consists of a collection of technologies that some compare to cyberspace. Perhaps the easiest way to get a picture of the metaverse is to look at how video games tap into it. Video games create a space or virtual world where players can interact with each other and the digital world around them. Gamers use advanced software and hardware that enables the interactions between them, other players and their computers.

However, video games are far from being the only application of the metaverse. Meta Platforms, previously known as Facebook, made headlines by changing its name to refer to the metaverse and becoming the first big tech name to invest $10 billion in a virtual universe, better known as the metaverse.

Although Facebook is one of the first movers in transporting the digital universe from the gaming sector to other applications, it's only a matter of time before other big tech companies follow suit. In Facebook's case, creating a metaverse will provide a new digital space in which users can interact with each other in a variety of ways.

The metaverse can combine multiple technologies such as virtual reality and augmented reality. It can also create an economy by enabling users to buy, sell and create digital goods. The ideal digital environment works with the entire metaverse, enabling you to take digital things from one platform to another. However, most digital environments keep to themselves for now.

Beyond video games, big tech companies are developing their own ideas for the metaverse. For example, Microsoft sees a potential digital environment in which it creates virtual meeting rooms for remote workers. On the other hand, Meta Platforms thinks the metaverse will have fake houses where users can hang out with their friends digitally.

It's clear that the applications of the metaverse will vary widely by company, but the primary element of these digital environments is that they are moving toward a day when they become interconnected. That is the ultimate concept of the metaverse. It's a collection of digital planets, if you will, all existing within a single universe in which you can move from one to another.

How Social Media Influencers Can Tap Into The Metaverse

So what does all this mean for social media influencers? The metaverse creates a whole new set of platforms on which influencers can spread their engagements with users. Instead of being limited to two-dimensional platforms like Facebook and Instagram, influencers can launch themselves into a multitude of new, interconnected platforms where engagement goes beyond single posts with printed words, photos or videos.

Influencers will be able to interact with their followers digitally in ways they never could before. They can even sell digital versions of the products they tout before the world through non-fungible tokens (NFTs) and cryptocurrencies.

One firm that has established itself firmly in the digital world is Post for Rent. The company handles influencer marketing for brands, and it has set up a digital headquarters on the Decentraland metaverse. Those who jump onto Decentraland can buys sell and trade a couple of different cryptocurrencies, including LAND tokens, which represents pieces of property on which users can build.

LAND tokens are NFTs created on the Ethereum blockchain as smart contracts. Users can also use MANA tokens, which are fungible tokens, to purchase LAND parcels. Decentraland appears to be two parts game and one part social network in that it's a sandbox where users can build things and interact with each other. Influencers who set up shop there have a new universe of potential followers to engage with.

A Metaverse Focused On Influencers

Other firms focused on influencer marketing are also setting up shop in the metaverse. For example, Metafluence serves influencers primarily and, by extension, their followers and the brands they represent. The firm is creating a new metaverse specifically for influencers.

In a press release, Metafluence CEO Elvin Aziyev described the metaverse as a "virtual city inhabited by influencers, their most loyal audiences and brands." The native cryptocurrency of the Metafluence metaverse is the METO token. In addition to engaging with their followers and brands, influencers can also sell digital collectibles and NFTs, a potentially profitable revenue stream for influencers financially hamstrung by traditional social media.

What The Metaverse Means For Influencers

As time goes on and the metaverse becomes more and more prevalent with a wider array of digital domains, influencers may find themselves in a much better financial position. Social networks change their algorithms constantly so that it's impossible for many influencers to keep up with what they are doing so that their posts will be seen by their fans.

The genesis of the metaverse presents significant opportunities for influencers who have creative ideas for promoting their brands. However, the key to successfully tapping the metaverse for all its potential lies in choosing the digital environments that host the vast majority of each influencer's following.

There are so many metaverses to choose from, but until they become interoperable as one massive metaverse, influencers will have to pick and choose carefully which ones to set up shop in. Regardless, the opportunity set created by the metaverse is sure to be incredible for the world's wisest influencers.