ValueWalk
Home Business GameStink! The Stock Is Headed To $20 – Tilson 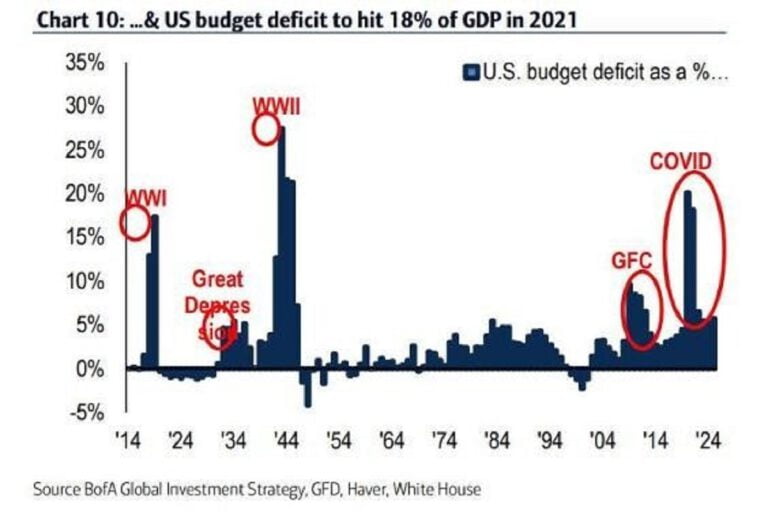 Whitney Tilson’s email to investors discussing the decline in GameStop‘s stock and naming it GameStink; the odds of a hard economic landing in the U.S. by 2023 are growing.

1) Two weeks ago today, I called the top of the short squeeze bubble – nailing it almost to the hour. In particular, I heaped scorn on GameStop (GME), which hit an intraday high of $483 the next day.

So I have a new name for this stock: GameStink! Mark my words: it's going to $20.

Books and documentaries about this absurdity are already underway...

2) I think my friend Doug Kass of Seabreeze Partners is likely right... Here's his recent missive:

The Odds of a Hard Economic Landing in the U.S. by 2023 Are Growing

Though this post is short and to the point, the broader consequences for the economy and for the stock market are great.

The anticipated cumulative injection of fiscal stimulus (including the proposed $1.9 trillion Biden stimulus package and the previous $2.2 trillion and $0.9 trillion packages) will total $5 trillion over the last 12 months. This represents almost 25% of the anticipated GDP of $21 trillion.

As former Alliance Bernstein economist Joe Carson mentioned over the weekend – with the exception of World War II there has been nothing like this in history. Stimulus during World War I, in the Great Depression, and in the Great Decession of 2008-2009 didn't come close to the policy initiatives in reaction to COVID-19 – even though those periods had deeply depressed private sector activity. Today we are experiencing a rebounding manufacturing economy led by housing activity and higher home prices.

This chart demonstrates how large the recent stimulus has been in an historic context:

At the same time, the Federal Reserve's policy remains extremely aggressive and will be "as far as they eyes can see" – leading to very hot real estate markets around the country, particularly in wealthy communities.

To me, there is only one inescapable economic conclusion: inflation and interest rates are heading higher as better economic growth in the last half of 2021 is delivered by the unprecedented stimulus.

Unfortunately the stimulus is in the form of mostly transfer payments and not in expansion of productivity or capacity.

As I see it, the economic boom will be a sugar-based high and there is an almost inevitable bust cycle emerging by or in 2023 when the heady fiscal stimulus ends.