ValueWalk
Home Business Corporate Growth Is Up But What Now?

The US annual SEC financial statement update for 2020 is nearing completion and the direction of growth is now clear. Sales growth is up more frequently and the average sales growth rate has reached a low of 5%; down from the 15% peak in the third quarter of 2018.

The next two quarters are the easiest comparisons ever as the impact of the virus hit corporate growth last year. We are about to witness a huge and broad advance in growth. Every housing-lead industrial-company growth recovery in the US over the past 40 years was associated with higher commodity prices, higher inflation and ultimately the peak was marked with tighter money and higher interest rates.

The major indexes are very vulnerable to the negative effects of rising interest rates. This is a huge shift in market behavior and performance. Also, it is more important than ever to avoid passive investing and get active in portfolio construction and stock selection.

The direction is clear but too strong of a recovery (Otos Brave New World scenario) with currently extended valuation makes the markets vulnerable to the negative effect of rising interest rates. It is the opposite of the hyper-loose money policy over the past 12 years that has lifted the valuation of the average stock to 2.8x sales. The last peak was 2.5x sales at the top of the tech bubble in 2000.

This is shaping up as an industrial-cyclical recovery that Otos has seen several times over the past 40 years. It begins & ends with the housing industry getting lifted from its cycle lows by low interest rates and easy money. Since 1980, Otos has measured 8 housing cycles. The most severe was the steep and long decline associated with the financial crisis where sales growth of housing-related companies fell from 20% in Q3 2004 to -27% in Q3 2008. The mildest drop was from the 20% peak in Q3 1993 to the 9% trough in Q1 1995.

The most recent sales growth through in the housing group was -6% in the second quarter of last year and has recovered to 9%. We have not seen a cycle peak sales growth rate of less that 20% in the past 40 years and eight housing cycles suggesting that over the next several quarters housing sales growth will double.

Tight on the heels of the housing cycle (and often contemporaneous) is the auto industry. Low interest rates and easy money are encouraging people to make big-ticket purchases. Add a technology shift to that (say the EV trend) and the industry will achieve sales growth rates of 25% to 30% at the peak of the cycle. Recently sales growth in the auto group is up from -5% (low in the second quarter of last year) to 5% now.

Otos experience with these cycles suggests that in the next few quarters, the sales growth of auto related companies will advance strongly to over 25%.

While all of this is going on in the big-ticket consumer area where ultra-low rates and ultra-easy money are fueling a recovery; the energy sector, which has been in a disastrous decline since 2015 is marking the trough. A drop in capital expenditures relative to sales is evident now and that has been the indicator of the low point in the oil price and energy company growth in repeated cycle troughs over past 40 years.

Current sales growth at energy companies is -27% up from -50% at the low point in 2020. To be consistent with a housing lead industrial recovery described above we would expect an oil price of $100/barrel by end of this year (up from $66/barrel now) and $200/barrel by end of 2022. That is a powerful inflation driver and from our experience of these cycles over the past 40 years suggests that this one that is being fueled by the lowest rates and easiest money ever will be very strong.

From the recent all-time highest price in the broad market indexes and many stocks at unusually extended share prices it is time to shift your portfolio focus to good financial condition, improving growth attributes and bargain share prices.

Of particularly concern is for people aging into their retirement. Those who have been allocated a large long-term bond exposure in their retirement accounts. These allocations are standard procedure in the advisory industry and feature in most robo-strategies and target-date funds. As the housing-lead industrial-company growth recovery plays out over the next two years, the value of long-term bonds will fall steeply as interest rates increase to more normal levels.

The recovery is evident more frequently but still very weak. The global central banks are vitally concerned in sustaining the value of assets and they will delay any tightening of monetary policy. There is still time to prepare and it’s important to act now.

Get active now! Otos is welcoming new founding clients and offering an equity interest in the fintech Otos Inc. (www.otos.io). 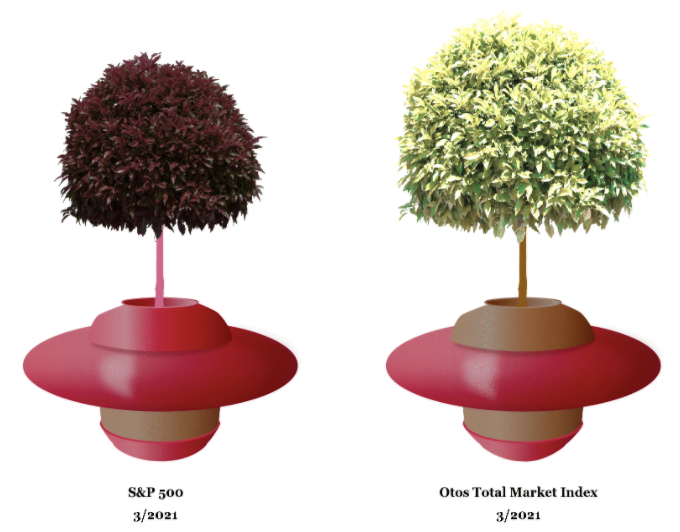