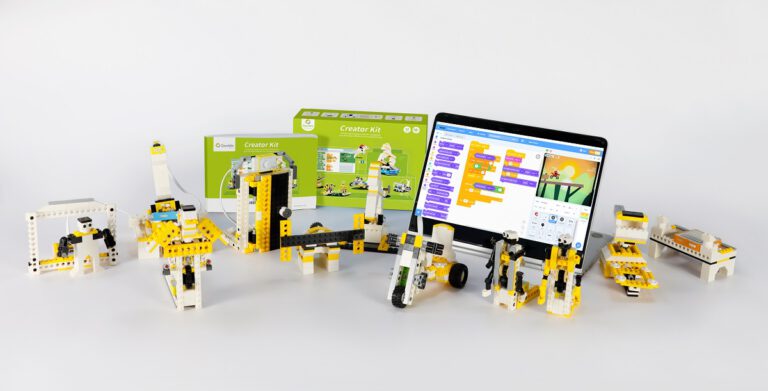 Thanks to Elecrow, parents who are looking to interest their children in some fun but educational activities can now do precisely that with Crowbits, electronic lego blocks that have been centered around STEM education.

With the Elecrow campaign for Crowbits achieving outdoing its original goal by a mile, it appears that many parents and guardians have recognized the potential of the electronic blocks. With Crowbits, children can learn some of the most in-demand digital skills in the world while having fun. Some of these perks of playing with Crowbits include graphical programming, python programming, hands-on STEM learning, endless ways to use the electronic blocks, and their compatibility with lego.

A few parents and backers have identified Crowbits as the perfect gift item for their wards. By connecting the electronic blocks together, kids can create fully-functional gaming consoles, phones, tech-savvy cars, radar systems, machinery, and more with no coding required.

Crowbits is based upon Arduino, ESP32, Micro:bit Programmable STEM education blocks for kids. These are little magnetically linked blocks that snap together when joined. The system also incorporates Letscode, a graphical programming software where users simply drag and drop elements to create new products.

“The way that we see it, STEM is more important than ever before, and we want children to learn about it and practice it. That way, the next generation can progress more quickly onto the more complex topics,” said David Chu of Elecrow.

The Crowbits package includes multiple main controller modules, input modules, and output modules, with over 80 modules to pick from, wherein circuit systems can be created with LEGO-compatible blocks. In all, there are five kits (Hello, Explorer, Inventor, Creator, and Master), and more than 70 PBL lessons.

Students aged 3-14 years old can play with Crowbits and work on projects, solve problems and think creatively in a step-by-step manner. They can mix and match these blocks with their LEGO blocks too. There are three levels of difficulty as well to make learning progressive: Electronics and engineering, computer science, and the Master level for building fully functional products.

Crowbits has been launched on Kickstarter to raise funds and welcomes all donors and participants to help create this novel system wherein children can be taught at an early age to learn science, technology, engineering, and math with fun, while also building their creative imagination.