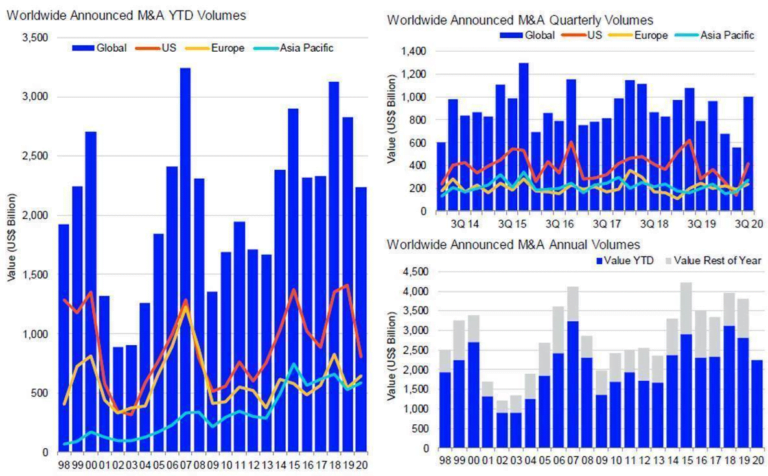 “In the face of the global COVID-19 pandemic and economic lockdown, for just the eleventh time over the past 40 years, quarterly merger activity has surpassed $1 trillion during the third quarter of 2020.  Whether it’s delayed merger announcements held over from this past Spring, the arrival of opportunistic strategic buyers or private equity buyers flush with cash and friendly credit markets or the desire to strike deals before the results of the upcoming US presidential election, there’s no question that deal making strongly rebounded far earlier than expectations.  The pace of deals, coupled with record levels of equity and debt capital raising, the resurgence of SPAC IPOs and the re-emergence of direct listings, illustrates that investment bankers have likely never been more in demand.  Corporations around the world are evaluating their post-pandemic game plans and it’s fair to say that M&A and Capital Raising will play a pivotal role in how those game plans become reality,” summarizes, Matt Toole, Director of Deals Intelligence, Refinitiv. 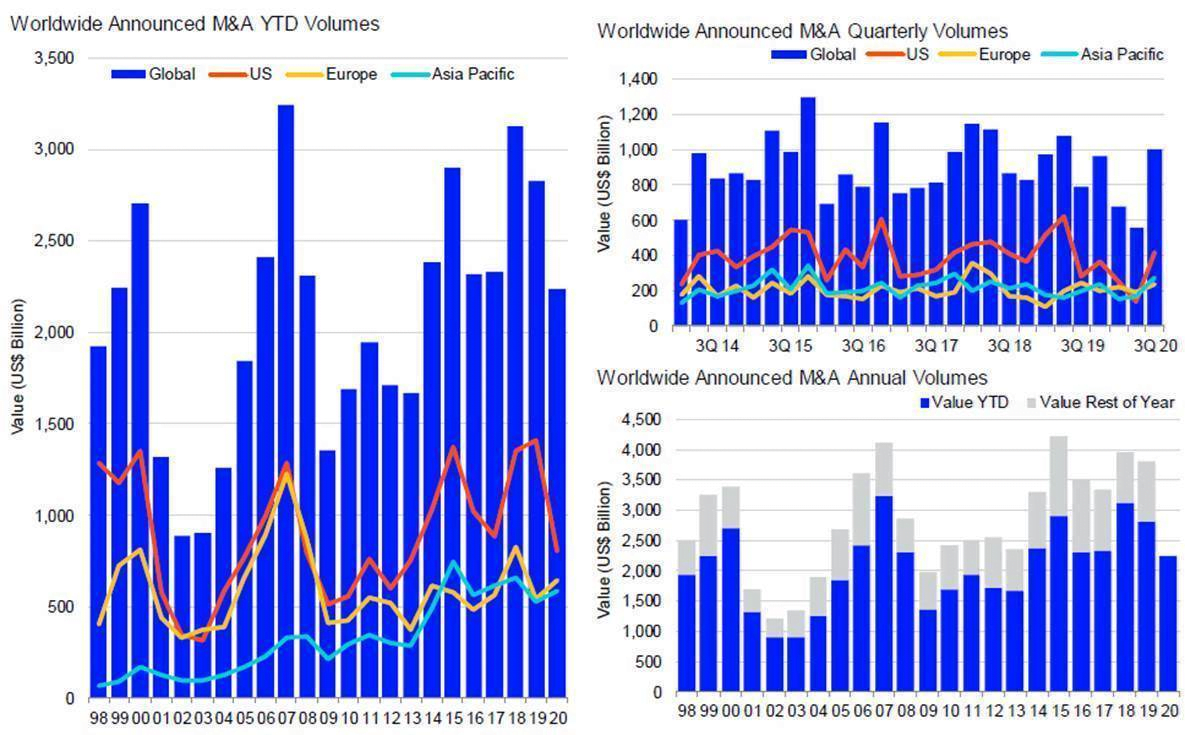