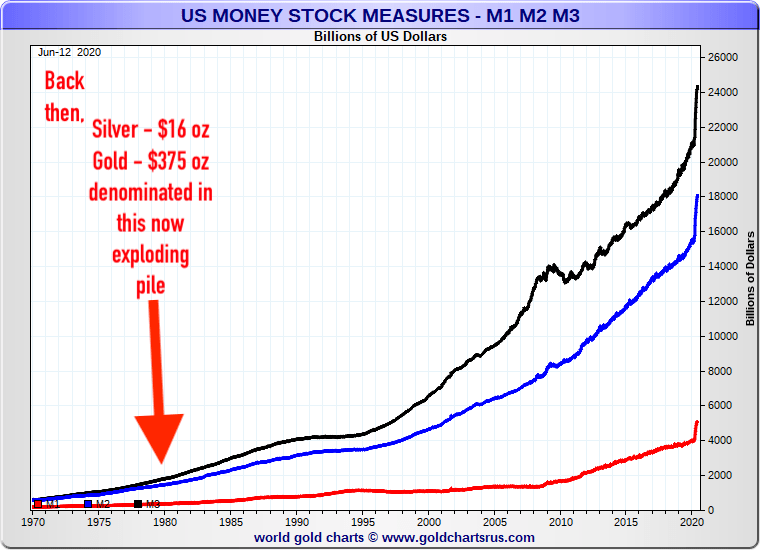 I find it historically interesting and fun to know the prices for gold and silver on important dates especially within my lifetime which spans nearly this entire full fiat currency era (Nixon’s ending of the final ties to gold and the Bretton Woods Agreement going full fiat Federal Reserve note on August 15, 1971).

You see I was born around the same time that US hostages were taken in Iran in early November 1979. Later in this post, I will show you see the related silver and gold price chart vs the fiat currency creation since.

Back then the full fiat US dollar was also being called into question, not merely by raging silver and gold values, but also almost all commodities globally then were multiplying in fiat nominal price terms too.

Just a few years ago, I did some painstaking work to upload daily gold and silver price data onto the SD Bullion website. Daily price data that covers this full fiat currency era, all the way back to the year 1968.

Way back to when the London Gold Pool price rig fell apart.

Given that financial powers are now embarking on global QE infinity, on a scale many times larger than QE123, it is time we look back and then look ahead to how both gold and silver should react to all this.

Let me begin with this short video citing long term gold silver price forecasts based on the latest monetary base data.

It was just 65 days before making this video above, that the US National Debt increased by over $2 trillion fiat Federal Reserve notes. The nation's debt is now over $26 trillion headed towards $30 trillion and beyond through this year into 2021.

Much thanks to the now partially melded US Treasury and private Federal Reserve’s response to worsening economic and financial conditions.

Again, just over two months ago we released the following video. See the related gold silver price forecast spreadsheet with both monetary base expansion updates.

It was just near the end of the 2008 GFC when QE 1 and then later QE 2 got subsequently launched. Gold went berserk, nearly tripling in its $USD spot price within a few years, and silver basically five folded in its fiat Federal Reserve note price. This time around should be crazier in my opinion. Why?

More reasons than we can cover today, here. But let’s start with a perspective of the fiat creation covering just my life for a taste.

Looking back to the start of me, fiat currency creation has hardly been accounted for in terms of gold, and especially not with silver. But by blowing away debts and unfunded promises by ruining the currency, I suspect within a few years, investors will finally in droves seek direct bullion positions as a safer haven long term store of value 2020s and beyond versus seemingly infinite fiat currency ramps ongoing.

Look at the ridiculousness it has gotten in the M123 chart below!

Compare my birthday gold-silver values then vs today, with this ongoing fiat currency creation in mind.

In this coming bullion bull run, my belief is that the (Gold Silver Ratio) GSR will collapse from its near 100 historic high at the moment, likely down back towards its 2011 low near 33.

Eventually, as the precious metals mania, the gold-silver ratio chart may move toward and even beyond their 1980 low (GSR below 20) as fiat currencies get called into serious question, whilst losing tremendous value to the foundational monetary metals of finance. 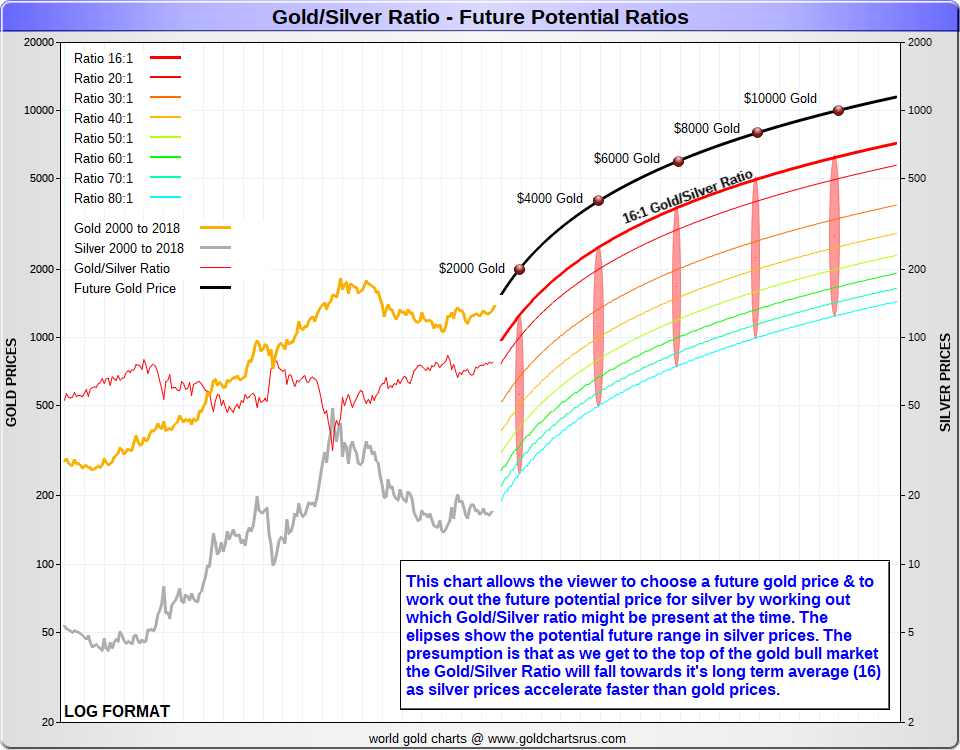 Gold and silver on an elementary level, they are virtually indestructible. I would argue the same goes for their maintaining enduring value, given both how hard it is to mine them, and that they are limited in store of value supply. Just look at how much easier the rest of money proxies get brought into the world.

The central bank of central banks (BIS) a few years back gave us some handy visual reminder of where money and proxy currencies come from and are likely headed with intermediary-less central bank digital currency (CBDC or CBCCs) issuances like CADcoin and Fedcoin, etc.

Counter-party-proof hard and precious monies are represented at the originating bottom of these flower examples. Silver and gold bullion (precious metal coins) will outlast every currency contrivance mankind can dream up here and ahead.

I politely suggest we acquire silver and gold bullion now, while we still can.