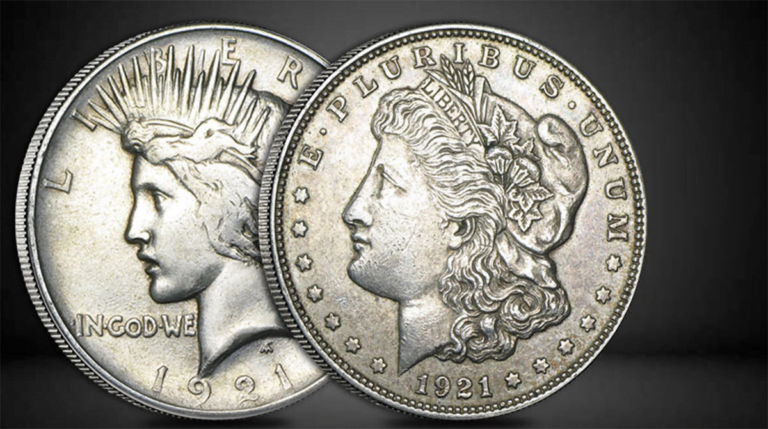 This year, a new coin act might be the making to bring back the Peace and Morgan Silver Dollars in 2021. This will honor the centennial of the transition from the Morgan to the Peace Silver Dollar. However, in the United States, only two commemorative coin programs can be active per year – and Congress has already passed the Law Enforcement Commemorative Coin Act and the Christa McAuliffe Commemorative Coin Act. Because of this, it seemed that the bill for the 2021 Peace and Morgan Silver Dollars failed. But on March 11, Representative Andy Barr brought forth a new approach with the 1921 Silver Dollar Coin Anniversary Act. If passed, this coin act will not be a third commemorative coin program. Instead, the 2021 silver dollars will be legal tender coins issued on January 1, 2021, made from at least 90% silver.

What are the Peace and Morgan Silver Dollars?

The Morgan Silver Dollars and Peace Silver Dollars are already two iconic coins for many silver dollar enthusiasts today. Collectors and investors love these particular silver coins for their designs and high silver content. The Morgan and Peace Silver Dollars contain approximately 90% silver and 10% copper. The history behind both these coins is extensive and carries the US’s economic past. If the US Mint can strike the 2021 silver dollars, these coins just might be among the top-sellers for the year. 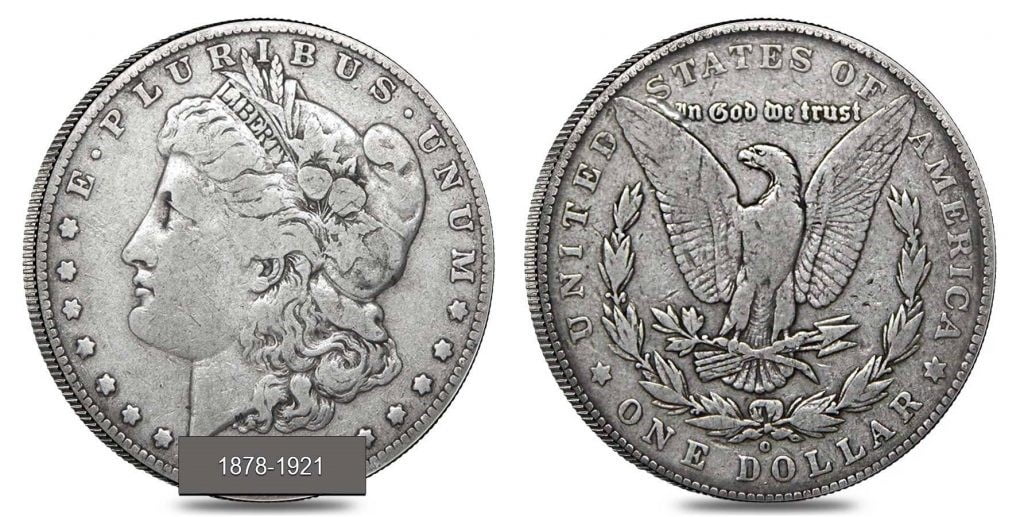 The history of this coin does not end there. By 1918, the Pittman Act came into play. This required melting about 270 million Morgan Silver Dollars to help support Great Britain’s failing economy during WWI. German propaganda in India falsely convinced many citizens they couldn’t redeem silver with British banknotes. Consequently, this increased demand for silver that Britain didn’t have enough to cover. So, the Pittman Act authorized melting down Morgan Silver Dollars to sell to the UK for $1 per troy ounce.

Over 270,000,000 Morgan Silver Dollars were lost forever, which was about half of the total mintage for these coins. Although the US discovered a large number of silver dollars in the Treasury vaults years later, many of these coins were not released to the public. Today’s prices for collecting uncirculated Morgan Silver Dollars are diverse. Prices per coin vary by condition, mintmark from the five different mints that struck the silver dollars, and the coin’s grade.

An additional provision to the Pittman Act also mandated replacing the lost coins after the war. But because there was no newly approved coin design, the Morgan Silver Dollars briefly came back in 1921. A competition for the new design helped determine the obverse and reverse of the new silver dollar. By December 1921, the Peace Silver Dollars entered the US economy after a design discrepancy delayed production.

Originally designed for May 2021, the new coin earned its name to honor the WWI armistice treaties. Anthony de Francisci is the designer of the Peace Silver Dollar. His wife, Teresa Cafarelli de Francisci, modeled as his Lady Liberty for the obverse. She told him that her family immigrated to the US when she was five. On her way in, she was awestruck by the Statue of Liberty. Thus, she posed for him in the way that she saw the statue as she entered the US. 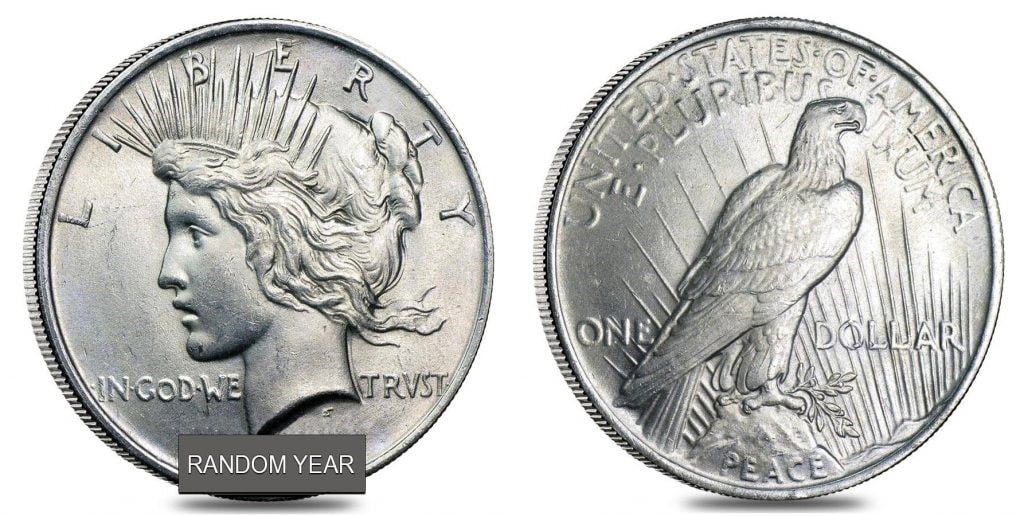 Issues with the Peace Silver Dollars

The reverse caused slight controversy. The accepted reverse of this coin depicts a bald eagle with an olive branch in its talons. It sits atop a rock as the sun rises. In the original illustration, the eagle clutched a broken sword. Many deemed this as a mark of defeat and elected to remove the broken sword. So, the US Mint delayed production until the end of the year to fix by hand the dies used to strike the coins.

What is the plan for the 2021 Peace and Morgan Silver Dollars?

For the Morgan and Peace Silver Dollars to see new production in 2021, it’s important to know that these coins are not technically commemorative coins but legal tender coins. Currently, there are no plans to continue this as a commemorative program every year. However, there is flexibility in the act to create these coins perhaps every ten years. Thomas Uram, Chairman of the Citizens Coinage Advisory Committee (CCAC), and CCAC member/numismatic author Michael Moran created the legislation itself.

Key Points of the Legislation:

To pass this bill, Uram and Moran only need a simple majority in Congress. This bill seemed to be tabled because of COVID-19. Now that the country is beginning to reopen, the Silver Dollar bill could potentially move forward. If you want to see these coins in 2021, you can support this bill by reaching out to your Congressional representative!