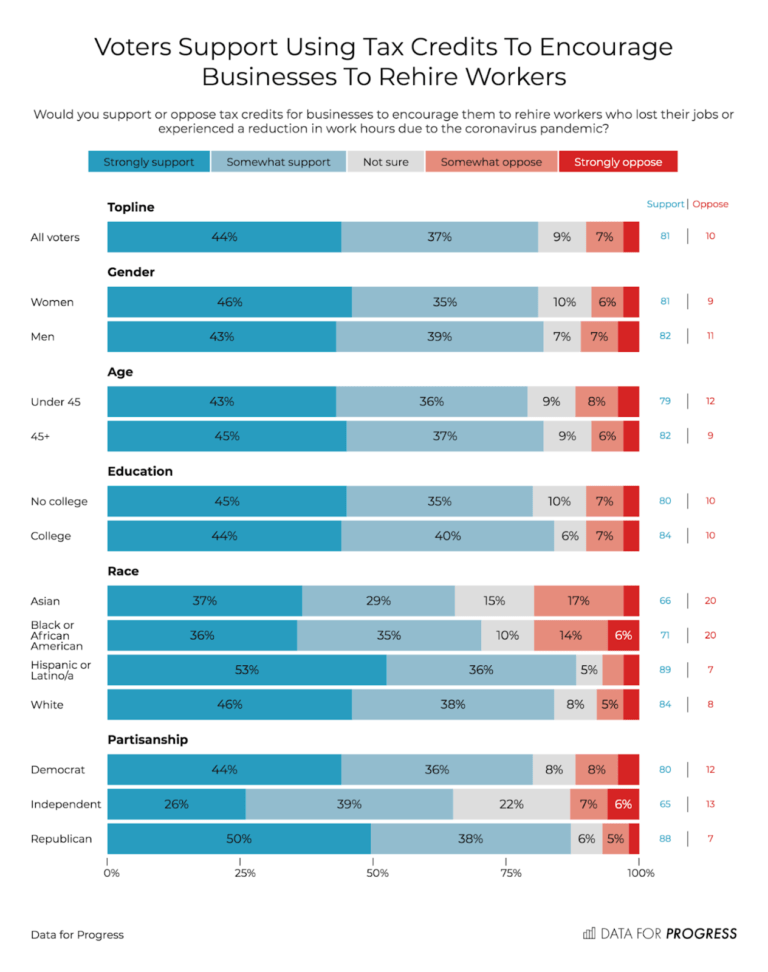 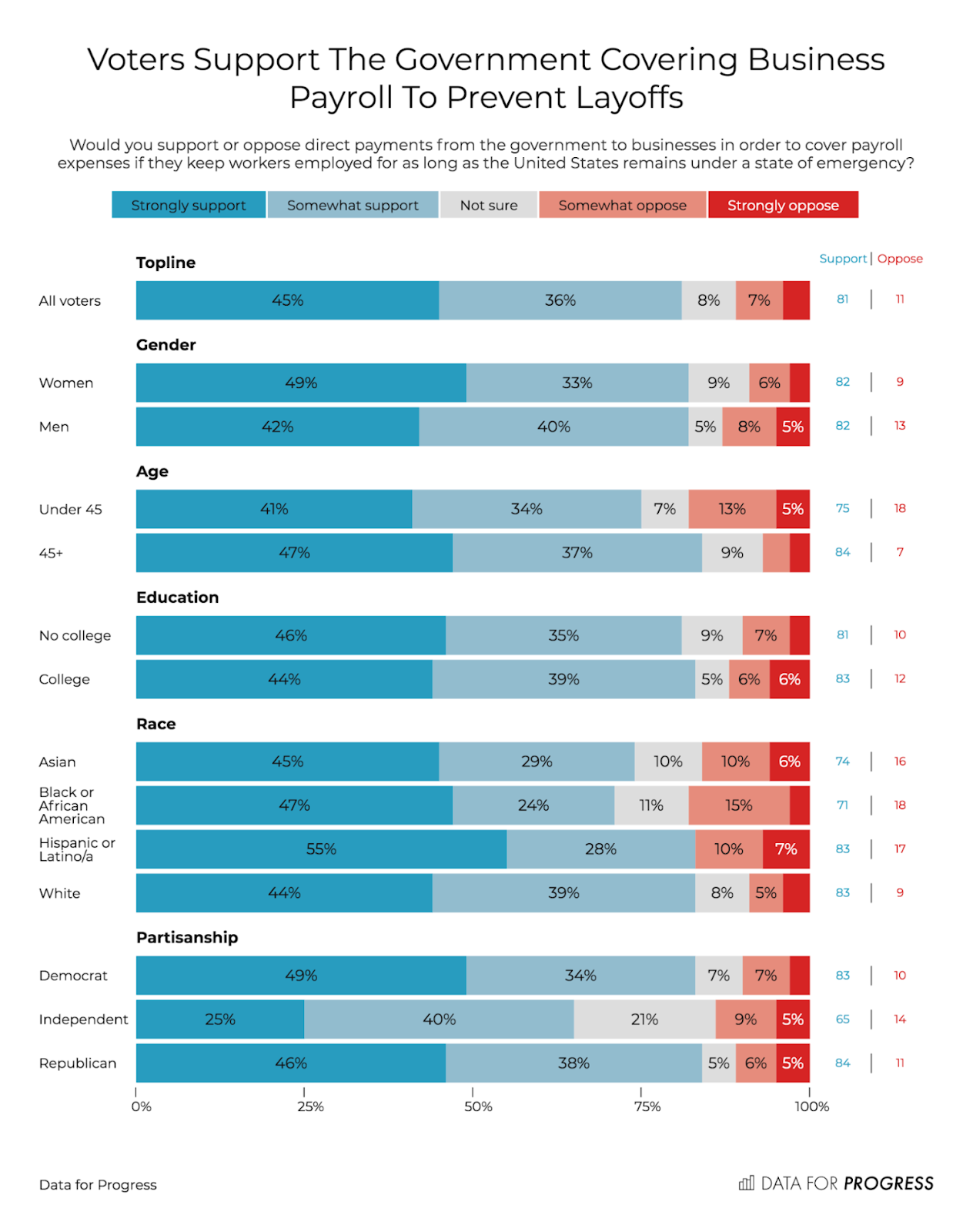 A newly released poll conducted by Data For Progress found broad, bipartisan support for a government-backed program to guarantee paychecks, allowing workers to keep their jobs and return to work when the economy can eventually “reopen.”

Countries like the United Kingdom, Denmark, Netherlands, and others have all taken similar measures to mobilize national resources to directly pay for workers' wages and business expenses. As layoffs continue to mount in America, Rep. Pramila Jayapal is proposing a paycheck guarantee, modeled after the payroll grants in the CARES Act that kept aviation workers paid and connected to their healthcare.

“Without policies ambitious enough to meet the scale of this crisis, unemployment will continue to rise and workers will continue to suffer,” said Alexandra Rojas, executive director of Justice Democrats. “We need to be able to ensure that everyone has the resources and access to care they need to survive this pandemic and the subsequent recession.”

By a 71-point margin, voters also support a tax credit program that would incentivize businesses to rehire workers who were laid off or whose hours were reduced. There is particularly strong support among Latinos for this proposal, backing it by an 82-point margin (89 percent support, 7 percent oppose). 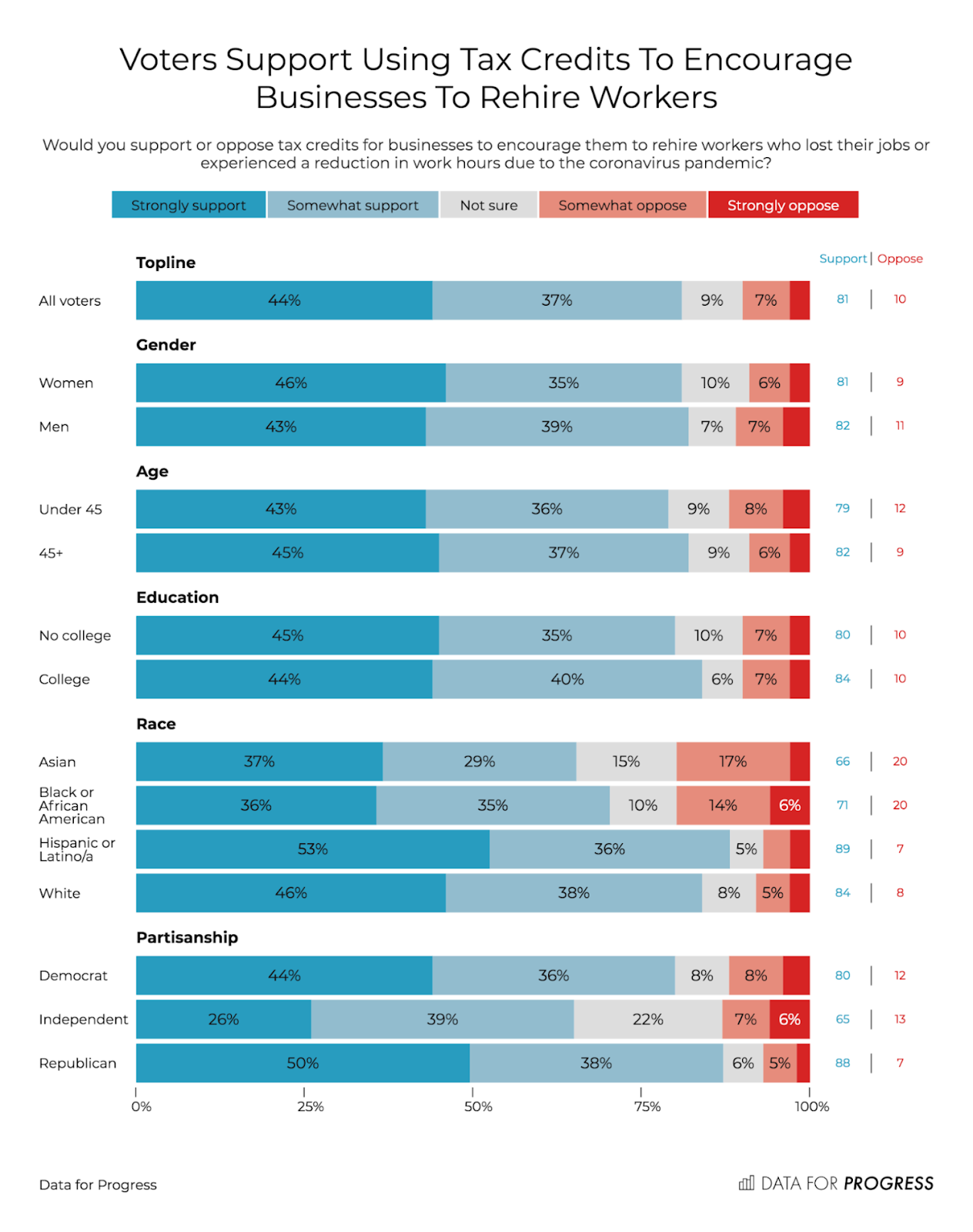 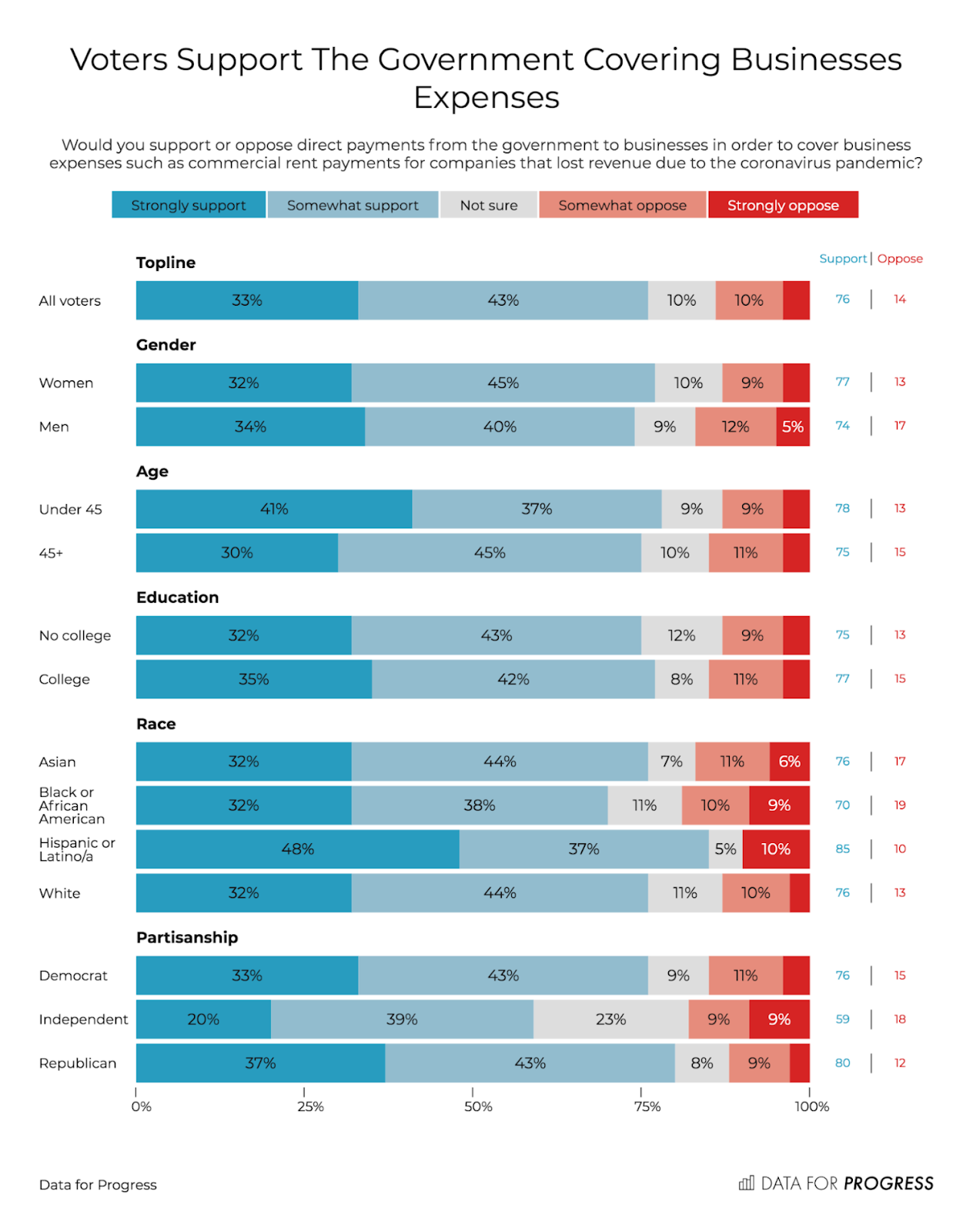