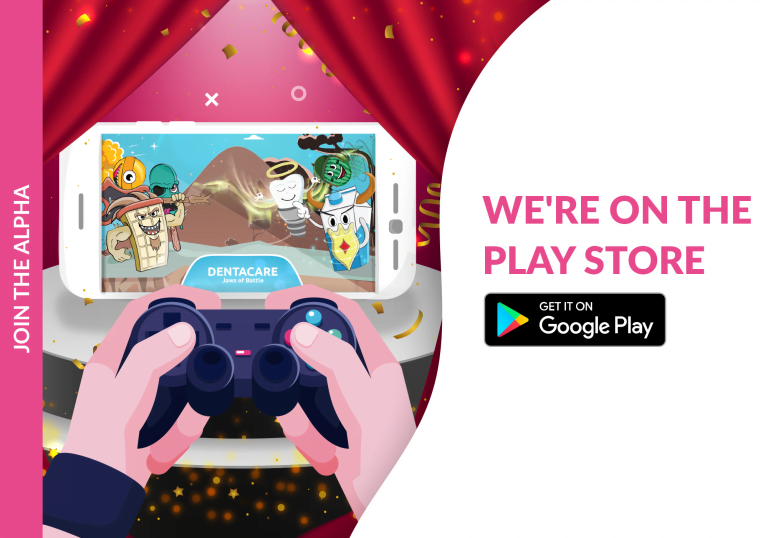 Educational games have been playing an important role in our cultural development for thousands of years. Nowadays, we can see gamification making duties and responsibilities feel fun and entertaining for the players. Can those principles be successfully implemented in education, and more specifically – in health education?

Throughout history, games have had a fundamental part in any and all human cultures as one of the most ancient forms of communication. Through play and games, the human race was able to deliver crucial information and potentially develop vital survival skills in participants living in a safe and forgiving environment thousands of years ago. One that not only tolerates failure, but encourages it, just so players can become a better version of themselves as they take yet another “one last turn.”

That is why in his 1938 book Dutch cultural anthropologist Homo Ludens makes the argument that games and play are a principal condition for the creation of human culture. Not only that – they are the foundation of many complex human enterprises, with law, war, philosophy and art being some of the prime examples. So let’s dig into the finer details of how something as simple-sounding as games have managed to exert so much positive influence on the development of Mankind.

The incredible potential of games for storing and communicating vital life lessons, experiences and traditions is realised through three primary concepts:

On one hand, triggers, as the name suggests, serve to provoke beneficial behaviour in the player that will aid them in the long run. A very simple example of how triggers work can be found in the ancient game of chess when the King is threatened by another piece.  In that situation the player is forced to protect the King against the attacking piece or evade it, lest he loses the game. Check but no Mate just yet!

Reinforcement on its end is there to stimulate the player into repeating positive behavioural patterns developed in the past. This is done by providing a reward that can be explicit, as additional points are added to his score for example, or implicit, as he is allowed to continue playing for more turns, thus creating more opportunities for the replication of beneficial behaviour in the long run.

Logically, these mechanics are not implemented to function in a solitary state, isolated from one another, but rather work in tandem to deliver not only an enjoyable experience, but also to foster specific sets of behaviours that are set as goals for the game. While true for all, this is especially noticeable and explicit in a specific game genre, which interestingly also carries the most unambiguous beneficial effects to a player’s personal development – educational games.

Educational games often prove an incredible challenge for game designers, as education by itself is rarely a fun and entertaining activity for pretty much anyone. It is primarily seen as a responsibility and a chore instead of something we can also do for leisure. In other words, education is generally perceived as serious, which has the tendency to put people off, unless they are truly committed towards reaching the goal.

The good news is that this doesn’t always have to be the case as now contemporary technology and game mechanics allow us to tackle this rigid perception about education and present the material in an easy-to-digest format. In a gamified environment learning concepts are communicated in a highly implicit and subliminal manner, inconspicuously interwoven with the game itself.

This is exactly what Dentacoin Foundation from the Netherlands did when designing the concept for their upcoming educational game called “Dentacare: Jaws of Battle”. It aims at tackling one of the most crucial health habits, yet also one of the biggest drudges known to adults and children alike – routinely brushing teeth and taking better care of them. “Making a universally dreaded chore fun and entertaining was naturally no easy task, yet it was not impossible, as we capitalized on the incredible potential triggers and reinforcement have”, explains Petar Stoykov, Dentacare Project Manager.

With psychology on their side, “Dentacare: Jaws of Battle” was born – an educational collectible trading card game, where the player pits their own digital jaw and its corresponding set of teeth against an opponent in a duel-like arena combat. Players use dental-themed, special-effect cards to attack each other and protect their own teeth for a limited set of turns.

When the last turn ends, the winner is the player with the highest number of teeth left intact. “Through this mechanic, we teach players which “characters” are good or bad for their teeth and stimulate them to take personal responsibility for the wellbeing of their own teeth in a subliminal manner. This is continuously reinforced with each action without them being consciously aware of it. Losing teeth in battle is punished within the game context and serves as a constant subconscious reminder about the player’s real oral health,” Stoykov comments further.

As forcing them to brush their teeth for real is one of the quickest ways to lose the interest of players, the Foundation took the vital decision to avoid having the brushing as a central goal for the player, but rather position it as an activity that they would want to perform on their own accord. That is why, as players lose their teeth in combat, they are given the opportunity to regenerate them through brushing, thus shifting the perception of brushing ever so slightly from “I have to” towards “I want to”.

This is further reinforced by allowing players to play with missing teeth, which serves as a growing handicap the more teeth are lost. Not only that, but it also creates an opportunity for players to challenge themselves in an increasingly harder setting in order to conserve the life-saving healing powers of their toothbrushes for exactly the right moment (as brushing is only allowed twice a day – once in the morning and once in the evening).

Altogether these factors contribute towards driving a complete 180-degree shift in the player’s attitude towards their oral care and the act of brushing their teeth. The dreary routine becomes an exclusive and invaluable tool in their arsenal, vital for playing the game, while the thought of poor oral health is immediately associated with losing.

What was once a tedious responsibility and a chore is now a fun and entertaining leisure time activity that teaches valuable life lessons. And the best thing about it? Less horrors at the dentist for everyone, as the desire to prevent outshines the complacent drill and fill.

“Dentacare: Jaws of Battle” alpha version is available for testing for both Android and iOS devices.