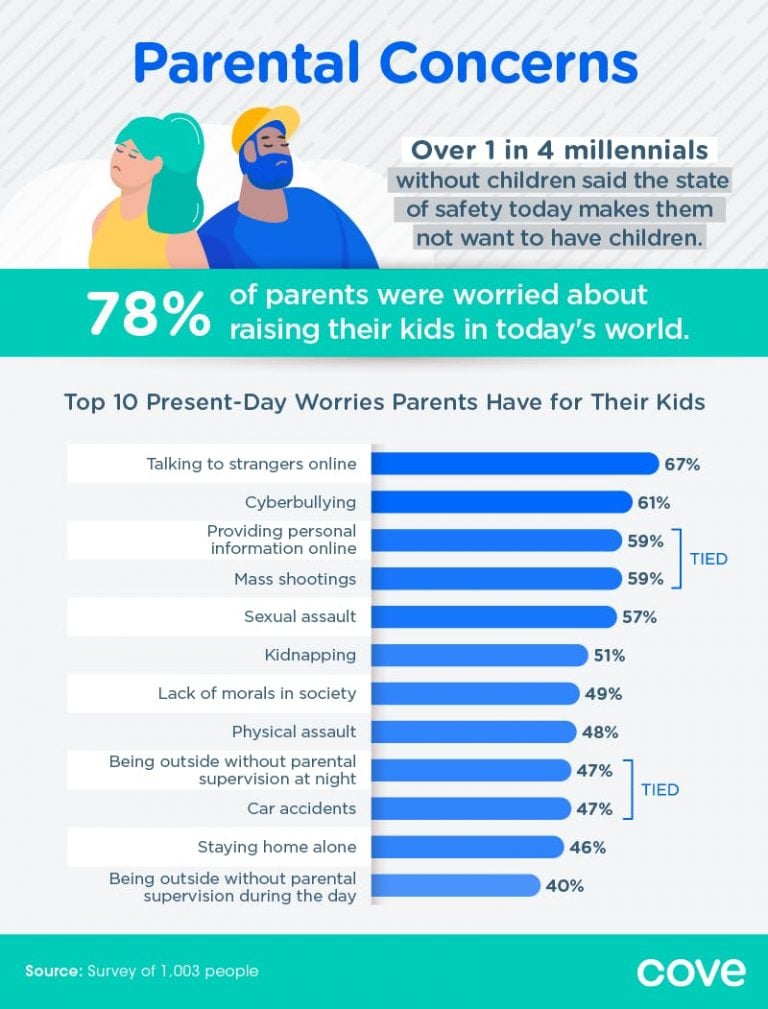 Times are changing, and so are our feelings about safety.

A new study conducted by security solutions company Cove surveyed 1,003 Americans about their top security concerns in the digital age.

Social media has become a staple in our day-to-day life, with checking in, staying updated, and scrolling through our feeds a normal part of our routine. Yet, 59% of people believed it is more harmful than helpful.

But when it came to voice-enabled smart devices, like Alexa, Siri, and Google Nest, people were torn. Thirty-five percent of people felt these devices are equally harmful and helpful.

Feelings about safety with technology

Technology has also changed the parenting game, with many parents worrying about their kids’ online activity: 67% of parents cited online interactions with strangers as their biggest worry, followed by cyberbullying at 61%.

But is the world really more dangerous than when we were kids? Most people seem to think so.

The majority of each generation said they felt less safe in 2019 compared to when they grew up, and the only year people reported feeling more unsafe was in 2001 when the 9/11 attacks occurred.

And all this concern was enough for over 1 in 4 millennials not to want to have children at all.

With new developments in technology every day, it can add to our anxiety surrounding the future. Looking ahead, data breaches and election hacking were among the respondents’ top fears for the upcoming years.

While our perceptions of safety have changed throughout the years, it’s a double-edged sword: Many of these developments have undoubtedly made our lives easier.

Ride-hailing apps, for example, have contributed to a 25% to 35% decrease in alcohol-related car accidents, according to one study. However, women were over four times more likely than men to say they would never take an Uber or Lyft alone.

As we navigate a world where we leave digital footprints, our feelings about safety are complicated at best.

To explore the rest of the study’s findings, including a political and generational breakdown, check out the infographics below. 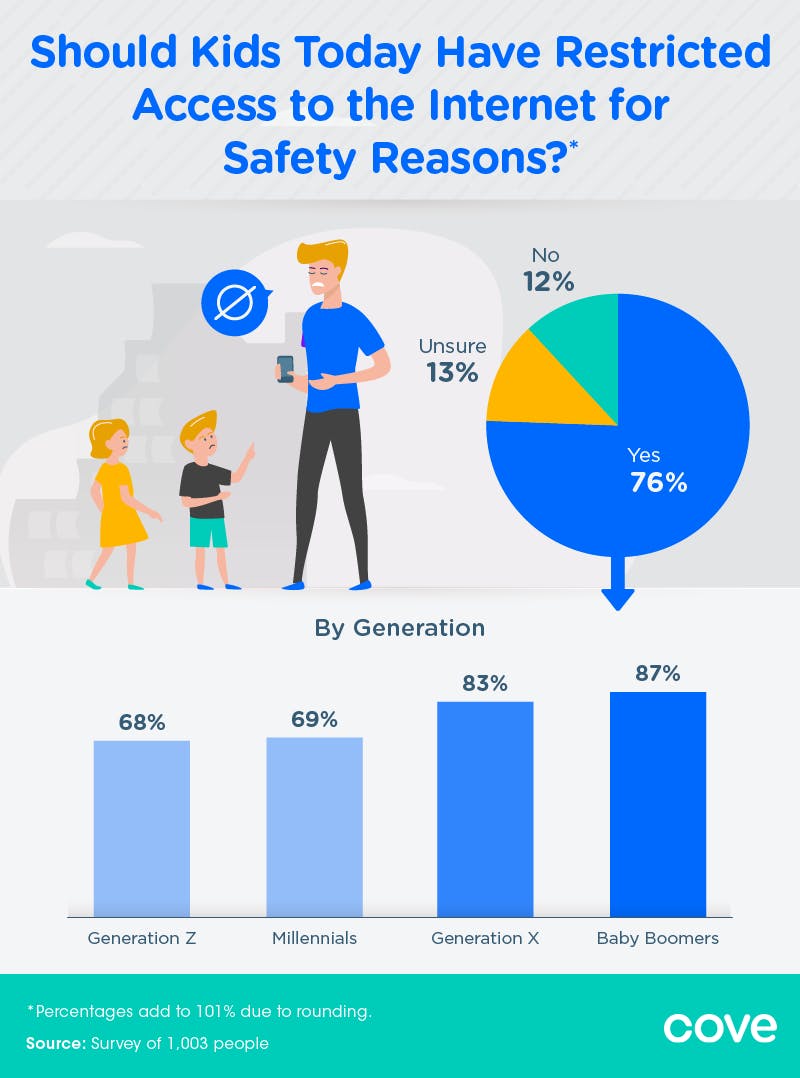 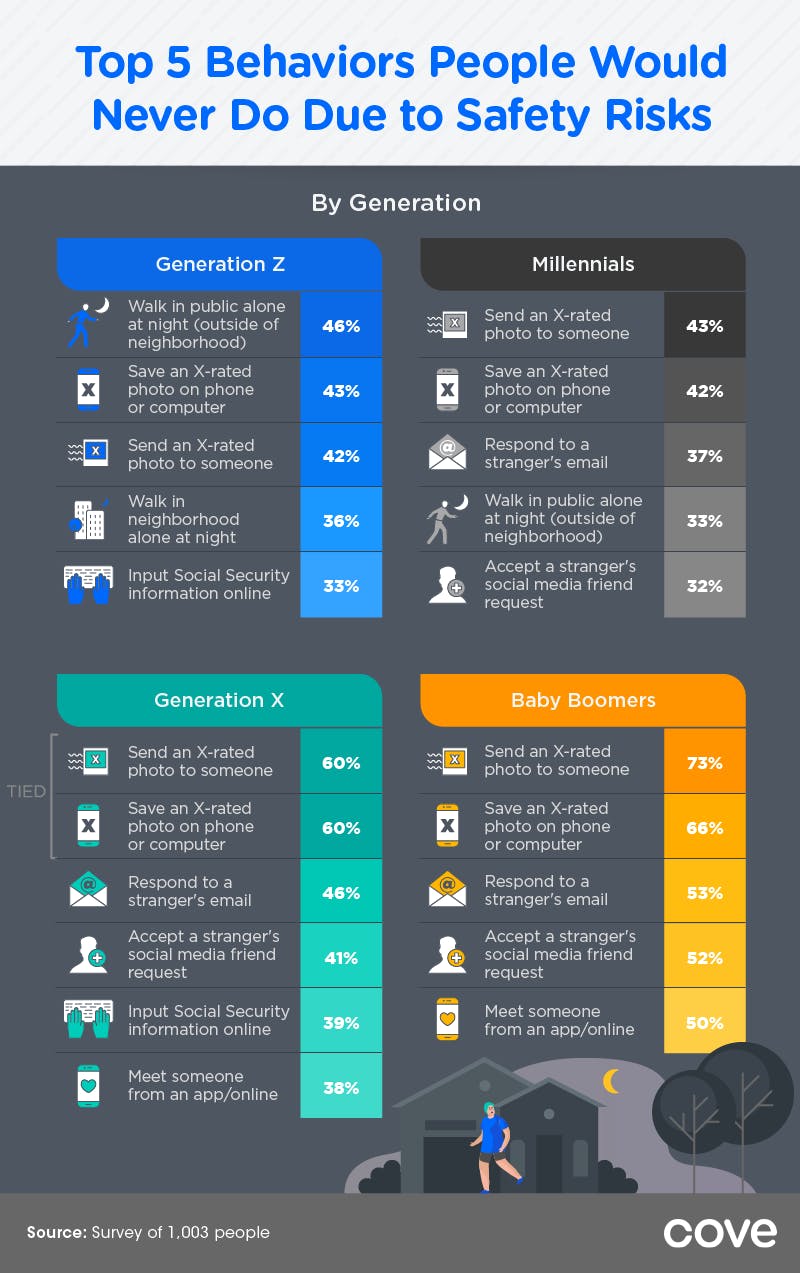 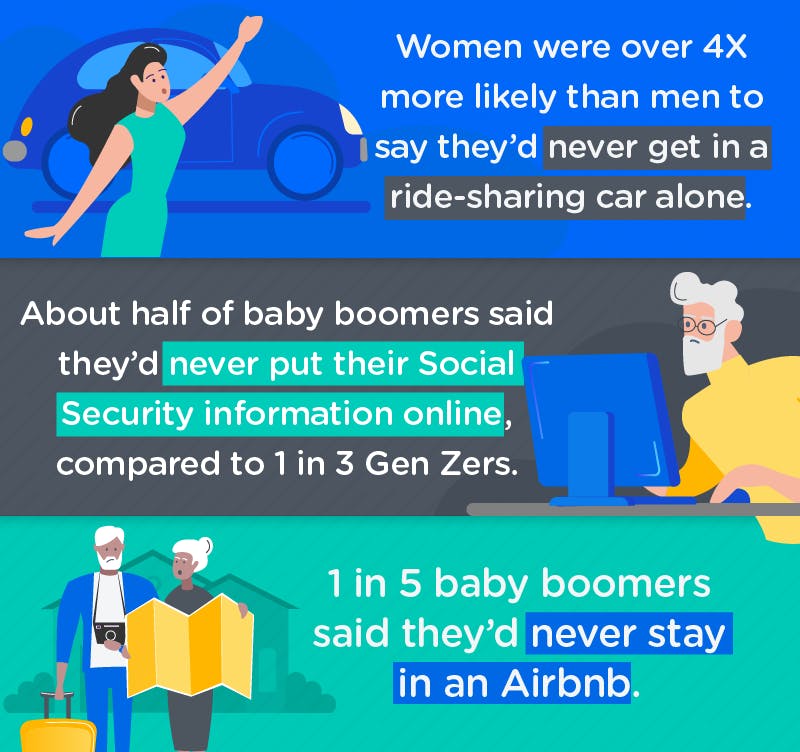